Taking a bite out of dog leash laws

Can dogs be certified 'voice-controlled?' 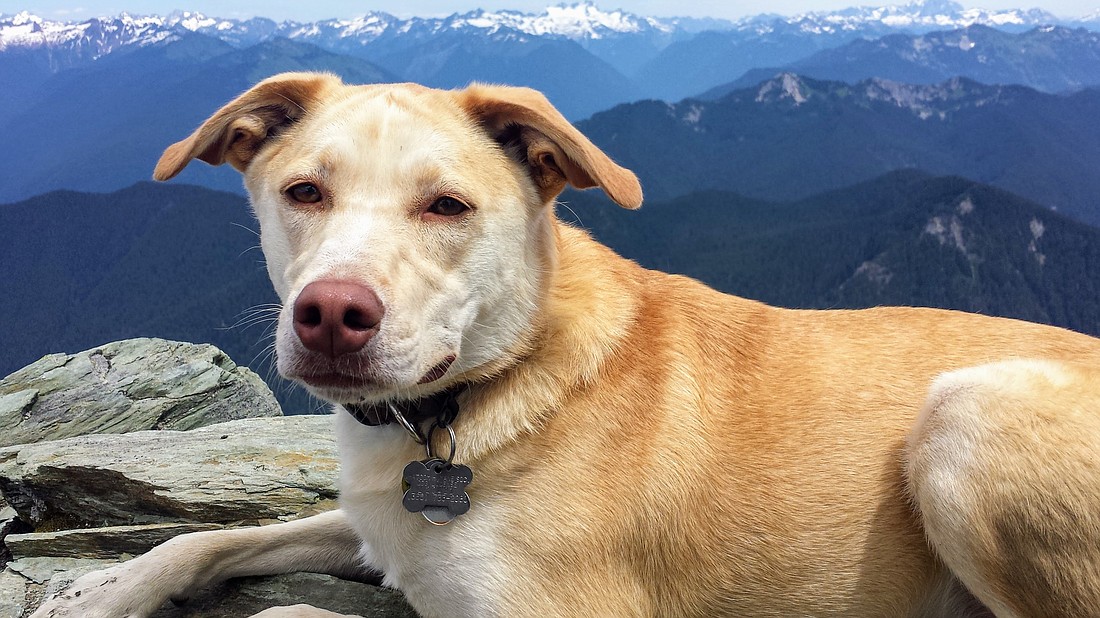 I was walking down the street listening to my headphones on the outskirts of Whatcom Falls Park when it happened.

A 104-pound pit bull barked fiercely at me. I put out my hand for it to smell, thinking that it was just another dog that would calm down once he’d sniffed me. He wasn’t, so I pulled my hand away as he advanced aggressively.

Before I knew it, the dog was on me, biting the back of my thigh, his teeth deep in my flesh. I twisted away, my hip torquing the animal’s mouth off of me. He stepped back, barking, and tried to bite again. Thankfully, the owner grabbed the pit bull before this could happen.

I’m OK. I’m going to heal, but this was in no way acceptable.

Being bitten by a dog has had me thinking a lot lately about how dogs operate on the trails of Whatcom and Skagit counties. It is common to see two things. First, it’s common to see dogs off-leash in areas where they are not supposed to be off-leash. Examples of this include all Whatcom and Skagit county parks, state parks and Anacortes Community Forest Lands. And second, it’s common to see them in places where dogs are banned. For example, in most of North Cascades National Park.

Leash laws and dog bans exist because many dogs are not well-behaved. They might chase wildlife, fight with another dog or attack a person. This is compounded by poor human behavior. There’s nothing worse than seeing bags of dog waste on the trails where they’ve been left because the owner didn’t feel compelled to carry the waste out, or they conveniently forgot about it. Some argue they’ll carry it on the way down from the trail, but enough people don’t that it’s a real problem.

Enforcement of leash laws, dog bans and proper waste disposal is nearly nonexistent in our corner of the state. This allows people to ignore the rules with impunity. 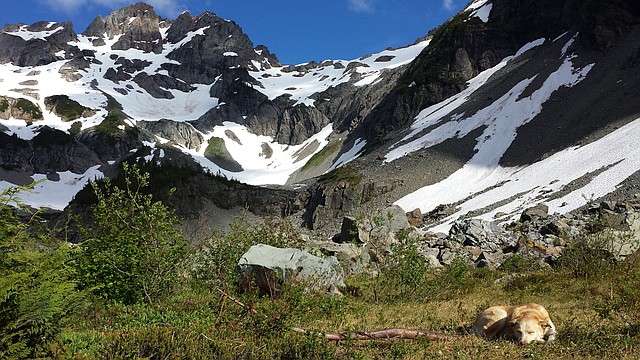 There is a better way.

The Open Space and Mountain Parks of Boulder, Colorado and surrounding communities have implemented a set of rules that allows for certain dogs to be off-leash in certain parks and on certain trails. Dogs that have a green Voice and Sight Tag on their collar can enjoy the parks and trails without being on a leash.

The program is administered by the City of Boulder and some cost is borne by pet owners, who have to take a class and apply. The license requires a yearly renewal. A similar program here might look and be managed differently, but the Boulder program is a useful example.

If this were a local certification program, many pet owners would spend countless hours working with their animals to ensure that they could pass the test to be off-leash. Indeed, even if a dog could not pass the assessment, the process of working toward this would be good for the animal, the owner and the local trails. The likelihood of a poorly behaved pet — or a poorly behaved pet owner — would go down with every hour put towards certification training.

In the Open Space and Mountain Parks, enforcement of the rules is shared between rangers and the public. There is a hotline people can call to report off-leash dogs that don’t have the proper tags. 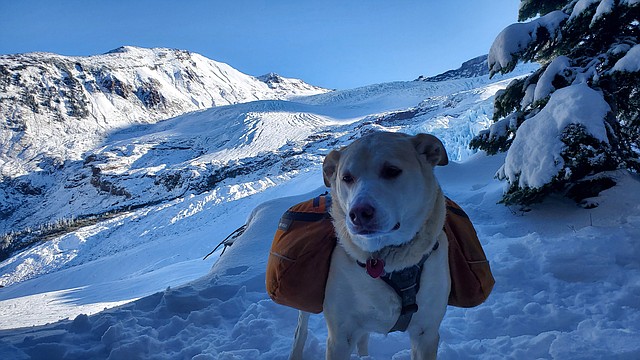 Nika the dog packs it in on Mount Baker. (Photo by James Pierson)

Who is most likely to call the hotline and report illegal off-leash dogs?

The dog owners who have spent hours and hours and hours working with their animals to ensure that they can pass the test. People who don’t own pets generally don’t know the rules or understand the enforcement mechanisms, which are commonly fines. So unless they’re injured by a dog in some way, they usually just ignore them.

Self-policing within the community of dog owners compounded by the aspirations of those who’d like their animals to pass a Voice and Sight Tag test would likely lead to a better community for pets, pet owners, the public and the trails of the area.

And for those of us who’ve had an unfortunate incident with a dog? We would be able to breathe a little bit more easily when we see a dog off-leash.