‘Hockey on a bike’ hits downtown 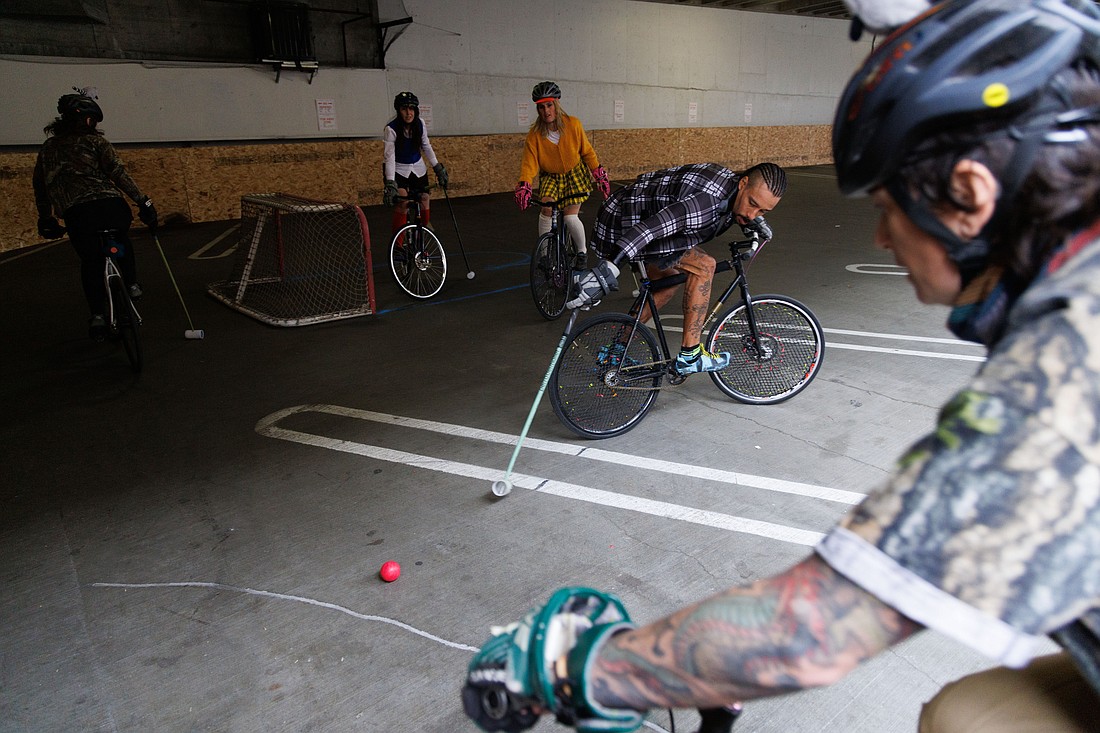 Justin Johnson, of team Whatever, reaches back to get the ball while holding still on his bike during the Bellingham Bike Polo club's Fall Tournament on Oct. 29. Teams from California to Alaska came to play in the three-day tourney. (Andy Bronson/Cascadia Daily News)
By NOLAN BAKER
Staff Reporter

It's easy to compare bicycle polo to an amalgamation of other, perhaps more familiar, sports.

It takes up about the size of a hockey rink, using the same nets. Like a game of pickup basketball, it pits two teams of three against each other. And, most evidently, the game flows like traditional horseback polo, one of the oldest team sports. 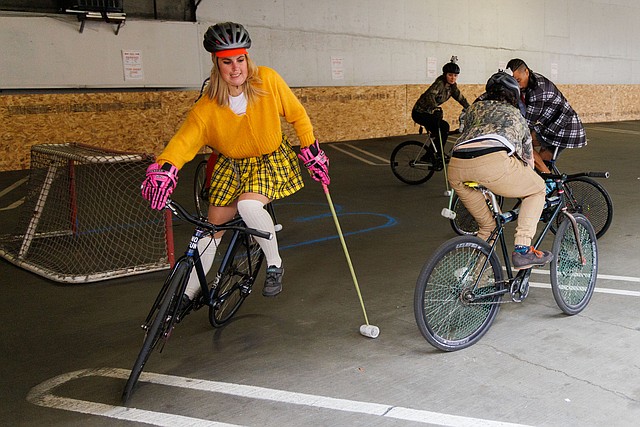 Nikki Nix, of Seattle, uses her mallet to keep her from putting a foot down while competing in the Bellingham Bike Polo Club's Fall Tournament on Oct. 29. Putting a foot on the ground results in a penalty of riding in a circle halfway around the court before entering back into play. (Andy Bronson/Cascadia Daily News)

“It’s like hockey on a bike,” said J.J. Johnson, one’s of Saturday’s competitors.

The Commercial Street Garage in downtown Bellingham was converted into a makeshift bike polo arena Saturday, fitted with custom nets to catch any balls careening into the adjacent beer garden.

Hosted by Bellingham Bike Polo, a local organization that puts on events around the city, the Halloween weekend tournament featured cyclists all the way from Anchorage, Alaska to southern California. 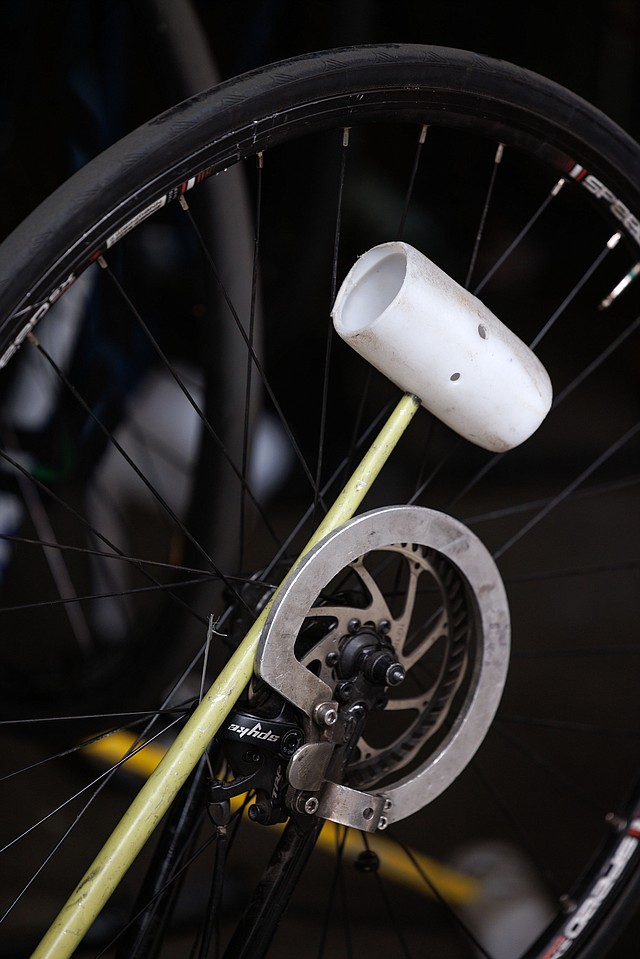 Johnson, a cyclist from San Jose, California, who competes in tournaments across the West Coast, said the sport may look intimidating, but the community is far from it.

“If you show up and you want to play bike polo, someone's going to facilitate that,” Johnson said in between games during Saturday’s round-robin tournament. “No one's going to be like, ‘Oh, this guy's new, let's destroy him.’ No, we want you to come back and keep playing. We want to build and grow the community.” 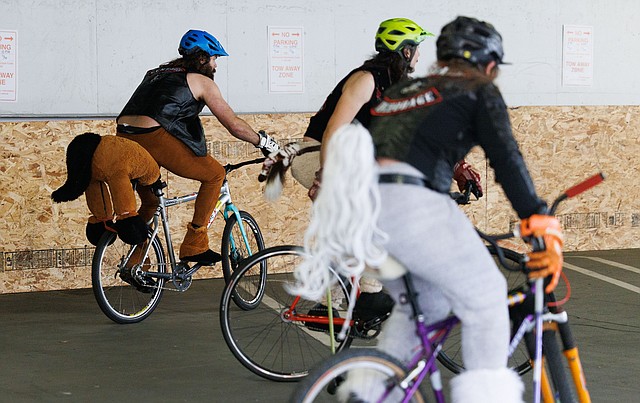 Duncan Green, of Anchorage, Alaska, rigged up a bike rack to hold the back half of his centaur costume during the Bellingham Bike Polo Club's Fall Tournament on Oct. 29. The three teammates named their team the Onepercentaurs for the Halloween weekend tournament. (Andy Bronson/Cascadia Daily News)

Johnson said all anyone really needs to start playing is a bicycle and helmet, but even those can be supplied. Mallets, helmets, knee pads, gloves and even the custom, single-gear bikes used by veteran players can be provided to newcomers, Johnson said.

“Find your local bike club in your city,” Johnson said. “The community is super welcoming.”

Tournaments will continue Sunday, Oct. 28 at the alley behind the Commercial Street Garage. Upcoming local events can be found on Bellinghambikepolo.com, or on the group’s Facebook page.