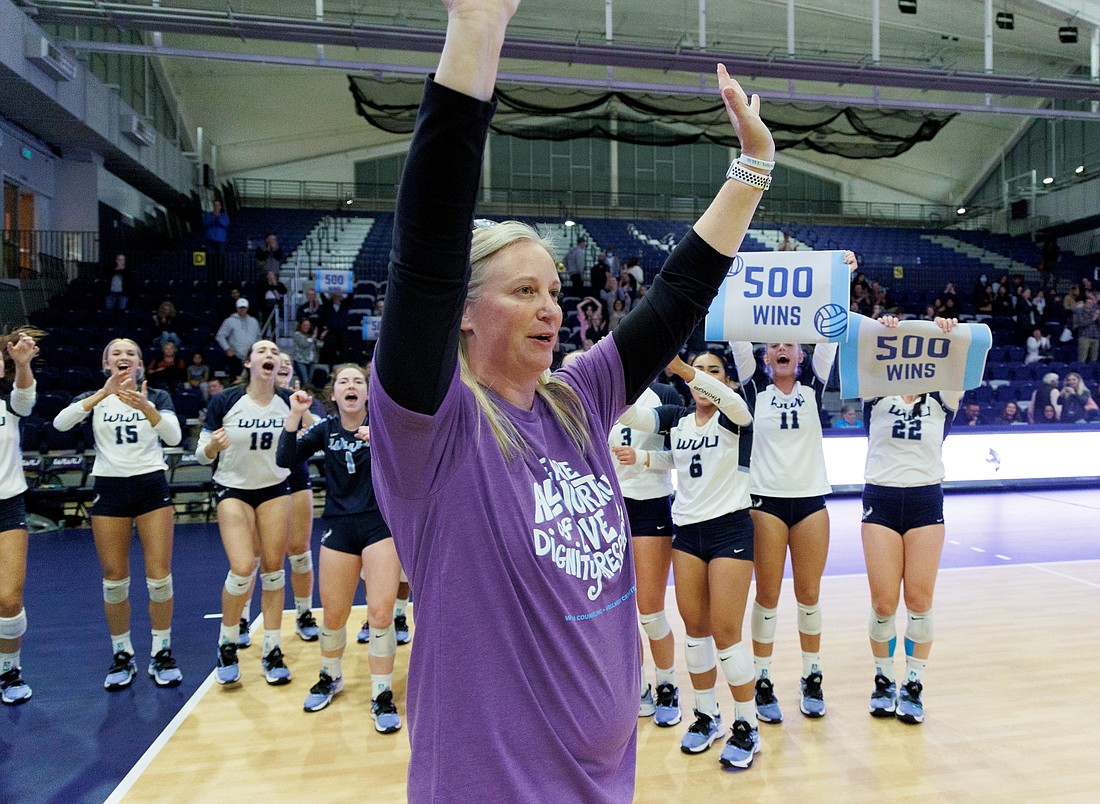 In straight sets, as head coach Diane Flick-Williams must be accustomed to in her 23rd season with Western Washington University volleyball, the Vikings beat the University of Alaska Fairbanks 3-0 (26-24, 25-16, 25-15) at Carver Gym on Thursday night.

The victory marked not only the No. 10 nationally ranked Vikings' seventh consecutive win, but also Flick-Williams' 500th victory as head coach of Western's volleyball team.

Since 2000, Flick-Williams has grown Western to perennial juggernauts in NCAA Division II. The team has accrued 11 Great Northwest Athletic Conference championships and 15 NCAA Tournament appearances in her stead, in addition to two appearances in the Division II Finals in 2007 and 2018.

After 23 seasons, the stats pile up.

But the Vikings' head coach doesn’t relish the stats and trophies. For Flick-Williams, Thursday's victory was a chance to reflect on the countless women that played under her tenure. 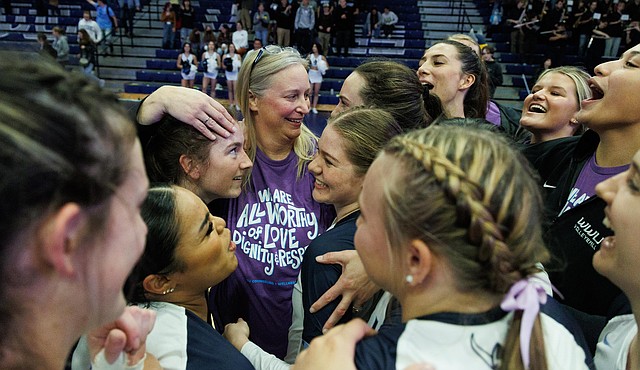 “There have been so many awesome women that have come through these doors, have put on the uniform and played on this floor. It makes me think of all of them,” Flick-Williams said. “All the time and sacrifice that they put in to make this program great and the legacy that they left — they are the ones that I think of when it comes to 500.”

Thursday night’s historic victory and celebration were never assured, especially late in the first set when UAF tied the game at 24-24.

After a WWU block brought the game point, it took a marathon eight-dig rally for the Vikings to finally win the set. Multiple diving digs from senior defensive specialist Tupu Lologo and senior libero Kasey Woodruff kept the minute-long rally alive, allowing Western to electrify the crowd and win the set.

Western began the second set with a 2-1 lead and didn’t relinquish that advantage the rest of the night.

Western Washington University's Tupu Lologo gets a hand under the ball for the dig in the first game on Oct. 20. (Andy Bronson/Cascadia Daily News)

“I think we did a good job of serving aggressively, which is something we've been working on,” Flick-Williams said. “By set two we were able to add our block, and when that block comes alive, we get a lot of great results from that.”

Western recorded 20 blocks on the night, compared to just nine from UAF. Senior outside hitter Chloe Roetcisoender led the team with eight block assists, while five other Vikings tallied at least one block assist.

Playing mistake-free will be essential if Western hopes to keep its seven-game winning streak alive when it faces the No. 9 nationally ranked University of Alaska Anchorage on Saturday, Oct. 22. 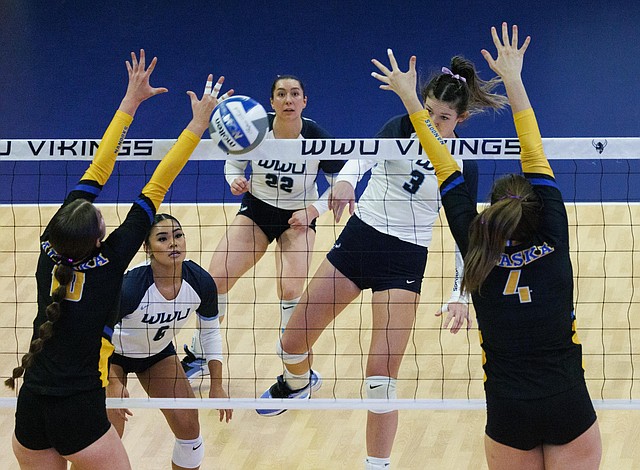 Western’s hot streak began after a straight-set loss to Alaska Anchorage on Sept. 22, their only loss on the season to a GNAC opponent. Flick-Williams hopes the streak doesn’t end with the same team that allowed it to start.

“We're hoping that we put a better team on the floor,” Flick-Williams said. “We've been working hard to improve every single day. While this is a big match, it's not the only match. So, we're hoping to continue to improve and test ourselves against a very good opponent.” 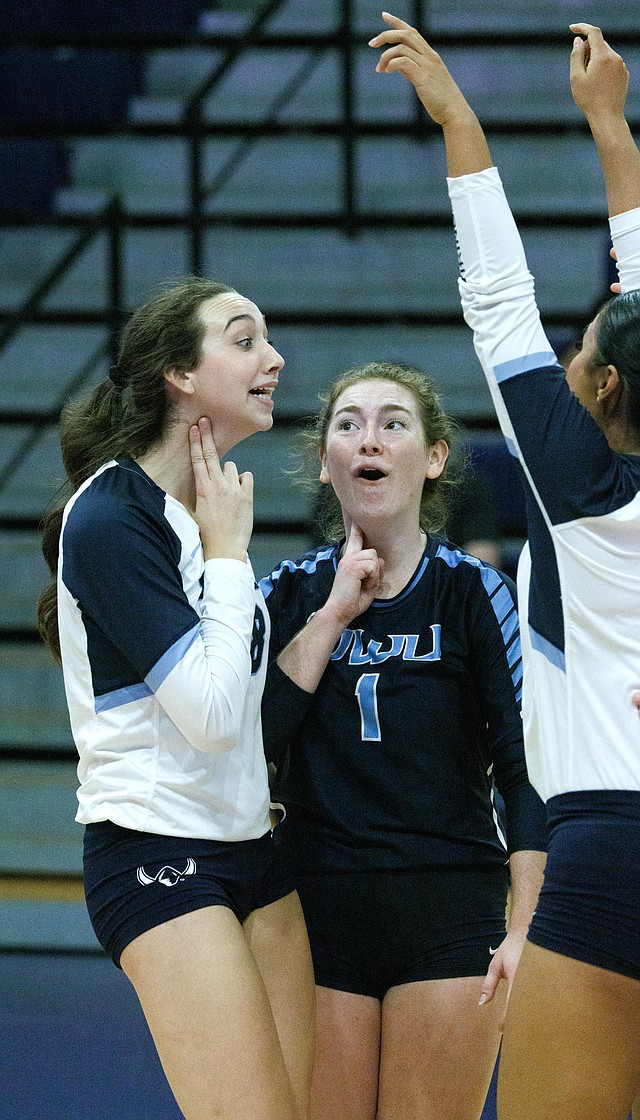