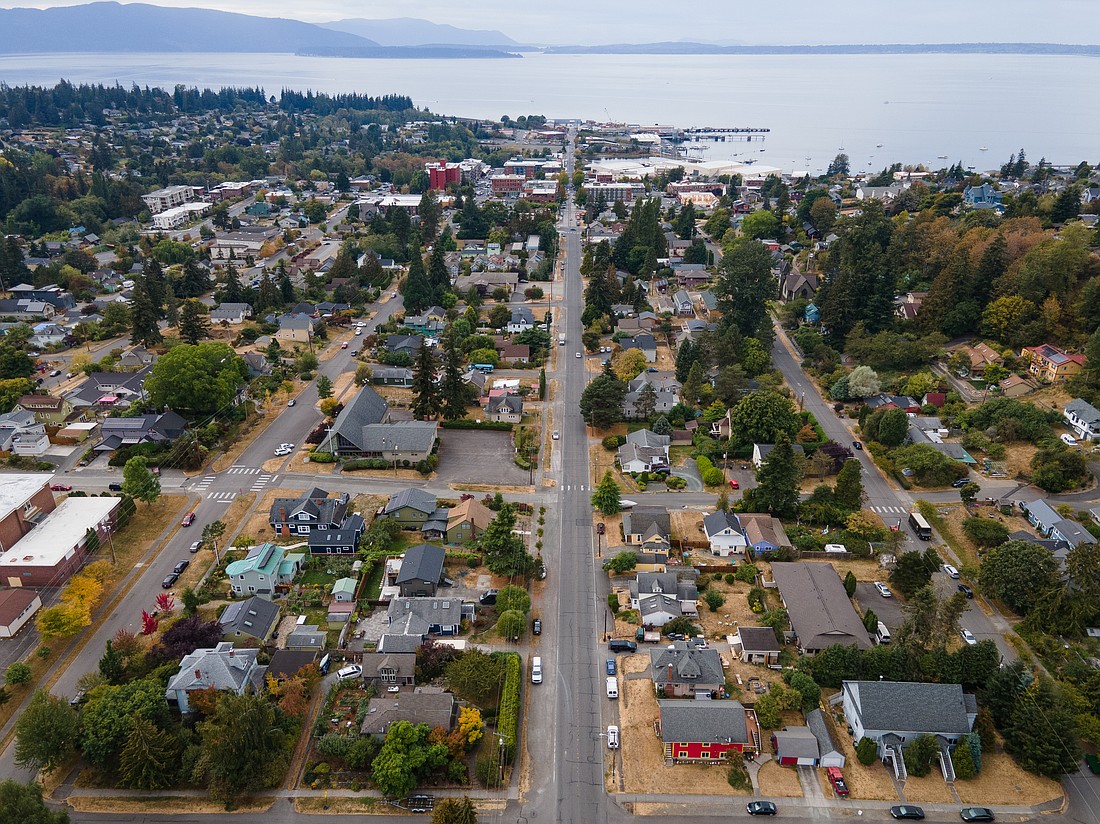 Cash is king. If third-quarter home sales data in Whatcom and Skagit counties seem like a Halloween trick, a compensating treat might be ahead — assuming buyers and sellers can stand the delayed gratification.

New figures from the Northwest Multiple Listing Service (NWMLS) released by Muljat Group Realtors in Whatcom County and Brown McMillen Real Estate in Skagit County likely come as no surprise to anxious home buyers and sellers. In the third quarter of 2022 — July through September — home sales decreased 19.9% in Whatcom and 15.6% in Skagit compared to Q3 2021.

For those into absolute numbers, that means 773 and 455 homes sold, respectively, in Whatcom County and Skagit County.

The obvious culprit, cited by representatives of both brokerage firms, is the average 30-year fixed mortgage rate. It began the year at 3.3% but book-ended the quarter at 5.5% and 6.7%, reports Mortgage News Daily, dramatically increasing buyers’ monthly mortgage payments and making it harder to qualify for a loan. As of Oct. 12, the average rate was north of 7%.

Not only did that rate increase affect the number of homes sold, but it appears to now be lightly squashing median sale prices in some locations.

Median price, to refresh math memories, is that “middle” value for which half of the numbers are larger and half are smaller. It’s considered a better measure to use than average price if there are extreme outliers at either end that could skew an average (say, one $2 million sale when all the rest are well below $700,000).

No year-to-year median prices declined in the communities tracked in Whatcom County. But in Skagit County, Mount Vernon saw an annual decrease of 0.9% to $535,000. Anacortes proved to have the hottest percentage yearly rise of all dozen locations tracked in both counties, a median price increase of 27.4% to $752,500. (For Bellinghamsters, it was up annually 10.1% to $710,000, just behind Anacortes for the highest median selling price.)

The softer market has its casualties.

It’s leading to a bit of creativity. “We’re seeing some buyers buy their rate down or negotiate with the sellers for help,” said Shelah Inman, managing broker at Brown McMillen Real Estate in Burlington.

The rates apparently are so far not dampening interest in some new developments. In early October, Harbor Custom Development hosted a preview of its 149-acre Horizon community at Semiahmoo in Blaine which boasts “sweeping coastal views of Birch Bay and the Cascade Mountains.” Home prices start at $700,000, according to a company announcement, with model homes open and pre-sales now underway. 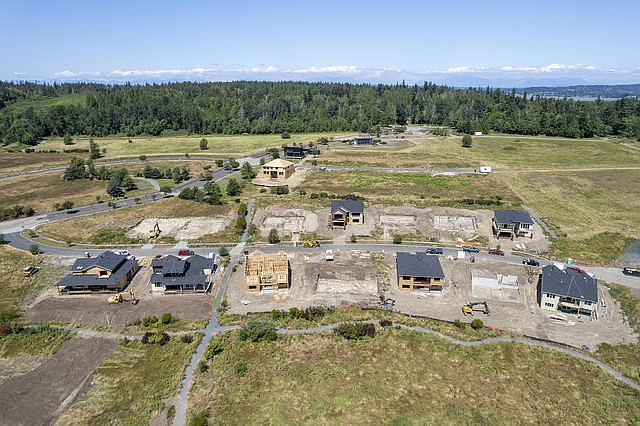 New homes under construction at the Horizon community in Blaine. The 149-acre development had its official launch in early October. (Photo courtesy of Harbor Custom Development, Inc.)

A company representative said the launch drew interest from potential buyers in Canada, Seattle and Bellingham.

“New construction seems more appealing to these potential buyers because the completion time is further out, allowing them time to sell their home and see what the interest rates do,” said Jennifer Lang, director of marketing for Harbor. “Many of the builders are offering incentives such as a mortgage rate buydown and extended rate locks.”

Still, at least one prominent property data analyst sees a potential house value correction ahead. CoreLogic released its Home Price Index report at about the same time as the NWMLS Q3 sales figures came out.

CoreLogic singled out Bellingham as one of the top three markets nationally “at risk of home price decline” as overall price growth is forecast to decelerate through August 2023 and more metro areas appear likely to see their price growth decrease.

A possible bright side of the market cooling is breathing space for buyers. Days on market  —  the amount of time between when a house is listed and a sale is pending  — increased in the third quarter in Whatcom County to an average of 24 days; in Skagit County, it went up to 22 days. That’s accompanied, the Q3 reports say, by fewer bidding wars and average sales nearly at listing price.

“Real estate brokers are still busy with buyers who lost out during the frenzy of multiple offers and now have more choices,” Brown McMillen’s Inman said.

And those who can afford to avoid mortgages altogether are still in the game. “About a quarter of the homebuyers pay cash, and they’re immune to interest rates,” Muljat said.

Eventually, Q3’s anxiety-inducing tricks could turn into a calmer treat: a market that has enough months of inventory for supply to match demand. Typically, that’s considered four-to-six months of housing available for sale. A September NWMLS snapshot pegs months of inventory at roughly two for either county.

Between now and year’s end, Muljat expects sales to stagnate but prices will likely hold or soften only slightly in anticipation of the cyclically more active spring. And Inman?

“I think the current trends will continue through this year and into the next,” she said, “working towards more of a balanced market, which will be good in the long run.” 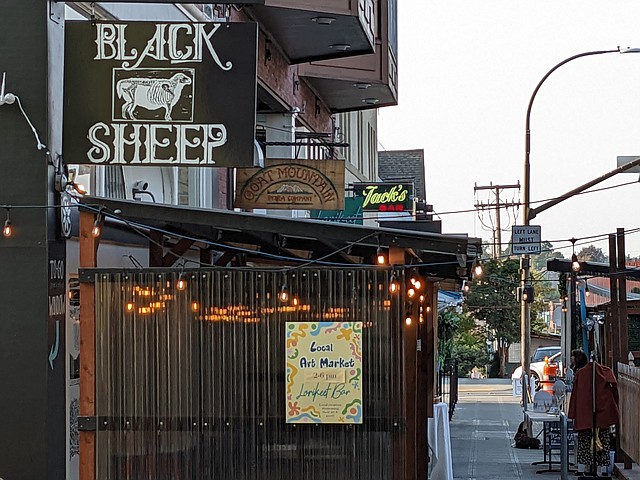 Goat Mountain at 215 W. Holly St., tucked between co-owned Black Sheep and Lorikeet Bar, is on track to open in early November. The restaurant is returning to Bellingham after a nearly four-year hiatus. (Frank Catalano/Cascadia Daily News)

Goat Mountain is on track for a first-week-of-November return to Bellingham after a nearly four-year hiatus. The restaurant, known for its pizza, will be nestled between the co-owned Black Sheep and Lorikeet Bar at 215 W. Holly St. Black Sheep’s Jessica Bylin said there will be a variety of other food menu items beyond pizza “as well as a new focus on gin behind the bar.”