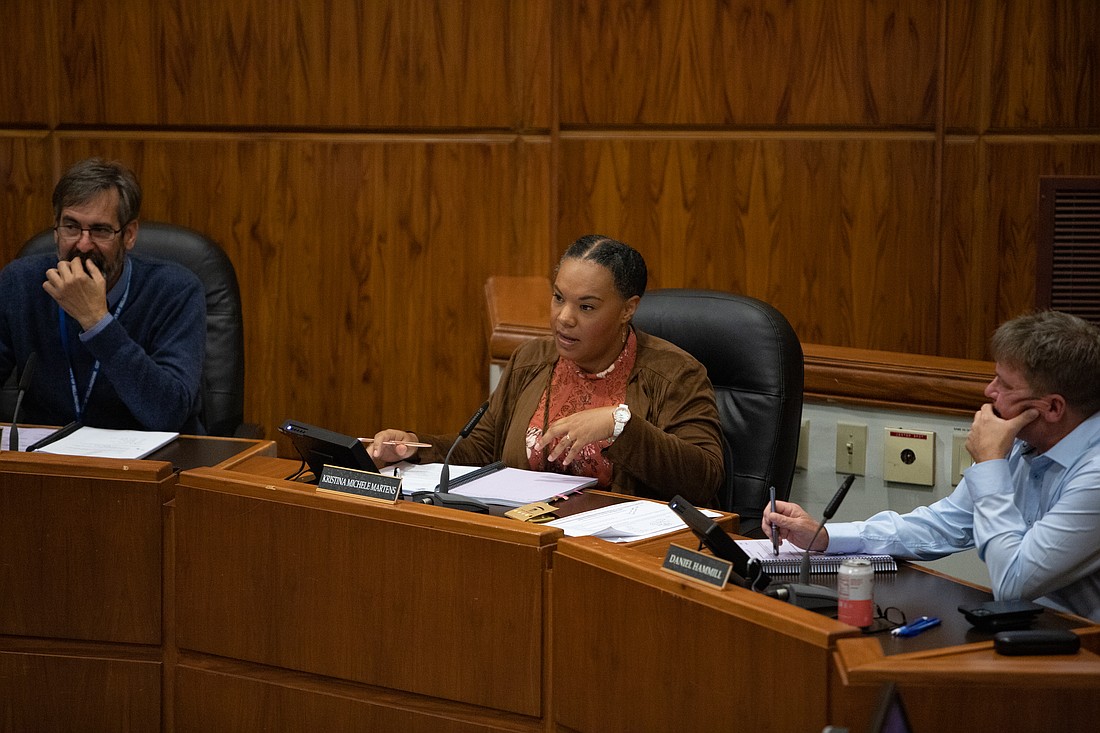 The new Whatcom Racial Equity Commission will serve as an advisory group that will work to remove racial disparities in the county.

“Like any other advisory body, it’s serving to provide support for decision-making at the county level, as well as making recommendations for moving things forward,” said Shu-Ling Zhao, who spoke about the commission prior to the public hearing Tuesday. “This work, like all equity work, is done in the context of a larger conversation of diversity and inclusion.”

Zhao worked in tandem with other local activists like Kristina Michele Martens, the first Black woman to serve on Bellingham City Council, and the Chuckanut Health Foundation to develop the commission.

The commission has been more than a year in the making, with early work beginning in 2020, according to Zhao’s presentation. Throughout the development process, key stakeholders from across the county came together to develop guidelines for the commission, as well as survey Whatcom County residents about their opinions on a racial equity commission.

Though many public commenters during Tuesday’s hearing opposed the development of a racial equity commission, studies and surveys conducted by commission developers found more than 70% of local respondents supported the group. 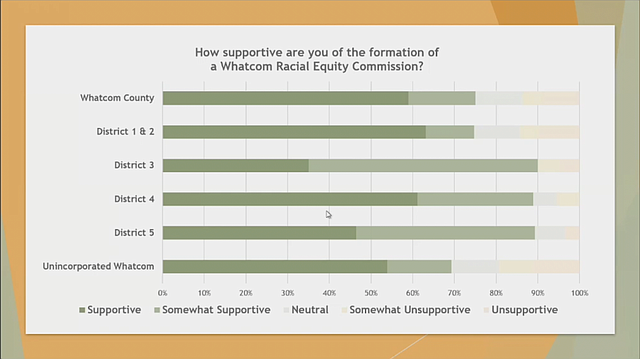 More than 70% of respondents over the last year supported the development of a county-wide racial equity commission, according to a presentation at Tuesday's Whatcom County Council meeting. (Image courtesy of Whatcom County)

“We can’t always predict what’s going to come next,” she said, “but we want to ensure that all residents in Whatcom County receive the care that they need when those things occur.”

Fleetwood offered support to the commission, which will be partially funded by the city of Bellingham. The city’s draft 2023–24 budget, released earlier this month, included funding for the then-proposed Whatcom Racial Equity Commission.

“We’re eager to see it move forward,” he said.