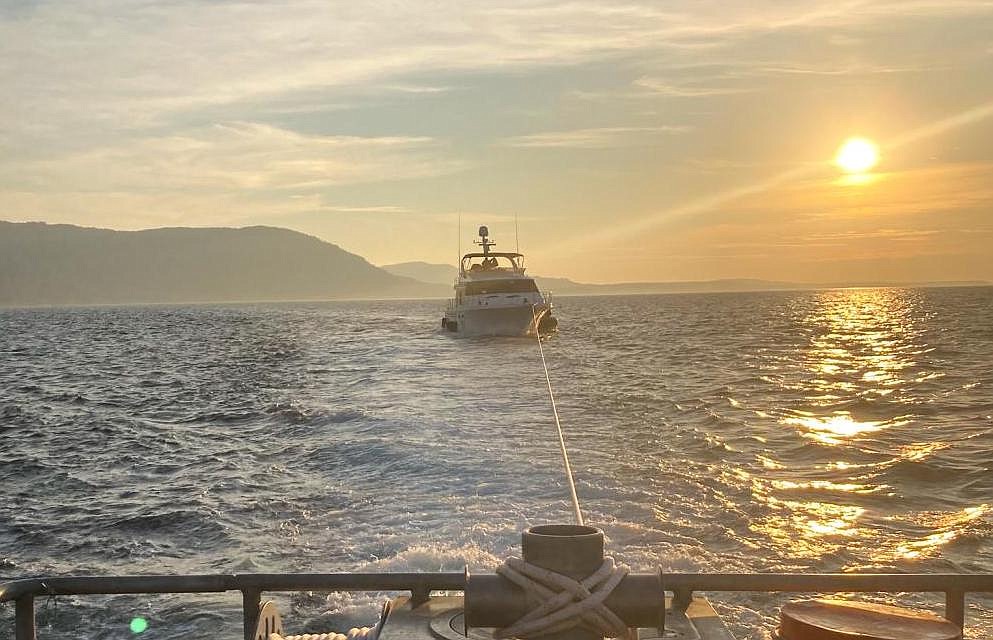 A 45-foot response boat from Coast Guard Station Bellingham tows a vessel that was sinking near Sucia Island in the San Juan Islands Oct. 4. The boat crew towed the vessel to Hale Passage, where the vessel was transferred to a BoatUS boat crew and towed to shore. (Photo courtesy of the U.S. Coast Guard)
By CDN Staff

Three people and a dog were rescued from a sinking boat around 2 p.m. Tuesday in Echo Bay on Sucia Island, the U.S. Coast Guard reported.

Bellingham Coast Guard responded to the incident in a 45-foot response boat, where the boat had struck rocks and was taking on water in the San Juan Islands. Multiple people arrived on scene to help reduce the influx of water flowing into the vessel. A Canadian Coast Guard helicopter crew also helped monitor the rescue.

The response boat arrived and removed water from the sinking vessel using a dewatering pump, then towed it for around five hours and transferred it to a BoatUS crew, according to the Coast Guard.

The BoatUS crew towed the vessel to shore where it is moored in Bellingham.