Resolution a response to US Supreme Court 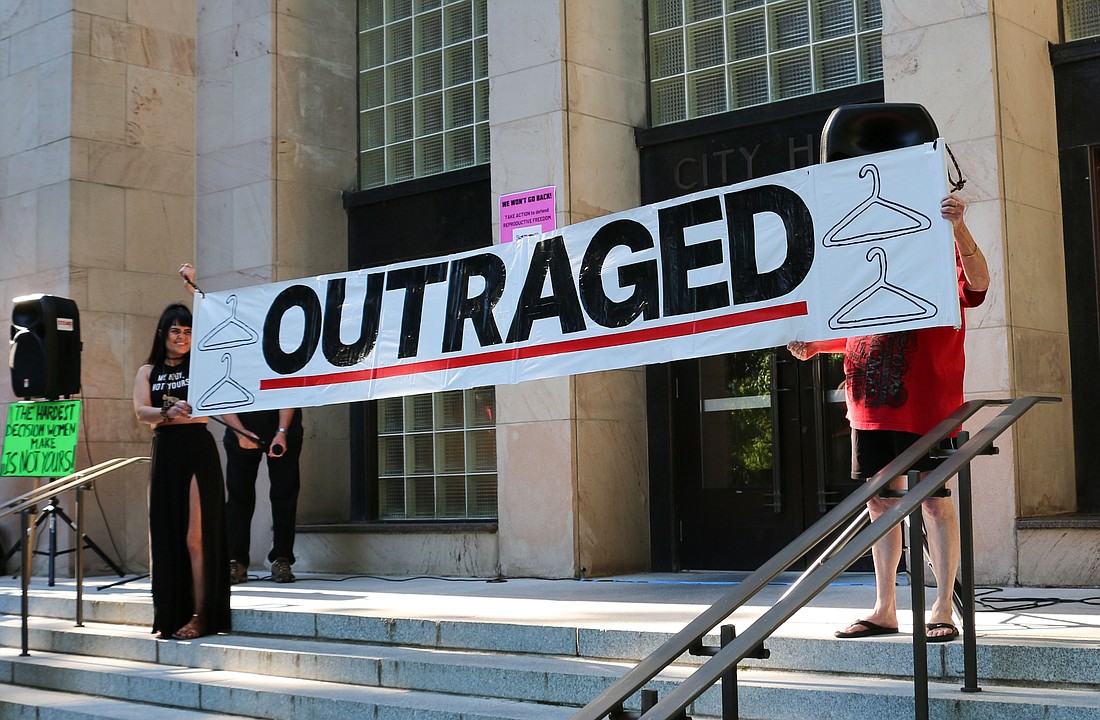 Taking a page from the Whatcom County Council and municipal governments across the Northwest, members of the Bellingham City Council on Monday voiced their official support for abortion rights. The unanimous resolution was in direct response to the U.S. Supreme Court’s rejection of Roe. v. Wade earlier this year.

Council member Kristina Michele Martens led a chorus of councilors who expressed shock and frustration that women’s reproductive rights had taken a step backward at the federal level.

“I thought we would move toward equity and inclusion in all layers of government,” said Martens, who introduced the resolution with fellow council member Dan Hammill. “It’s surreal to talk about this again.”

The four-page resolution declares abortion to be “an essential reproductive health service” and says that city employees shall not interfere with a person exercising their abortion rights. The intent is to protect people from states with restrictive abortion laws from investigation or prosecution if they come to Bellingham to get an abortion. Social justice group Indivisible Bellingham drafted an early version of the resolution in consultation with Mt. Baker Planned Parenthood, Whatcom County's only abortion provider.

The resolution is modeled after similar measures approved in Olympia, Seattle and Boise, said Kevin Leja of Indivisible Bellingham.

The Whatcom County Council passed a slightly different resolution in May, reaffirming rights to abortion and contraception, and calling on the county to work with Planned Parenthood to expand reproductive health services. That vote was 4–0, with the County Council’s three conservative members abstaining.

Hammill said the City Council’s resolution isn’t binding like an ordinance and doesn’t rewrite the city code, calling it a “statement of values.”

“It’s of concern to me, and I feel it’s very important to make a statement,” Hammill said. “Sometimes statements, they do matter.”

Leja said Indivisible Bellingham was satisfied with a resolution for now, even though an ordinance would have had the weight of law.

“Our strategy was to get a strong and immediate statement by the council, city attorney and mayor,” Leja said. “It’s clear that an ordinance would take time and resources that could have dragged this out for months ... or longer.”

“We know the fight is far from over,” Leja added, “but we will take this as a win.”