'The Rocket Man Show' uncovers the essence of Elton John 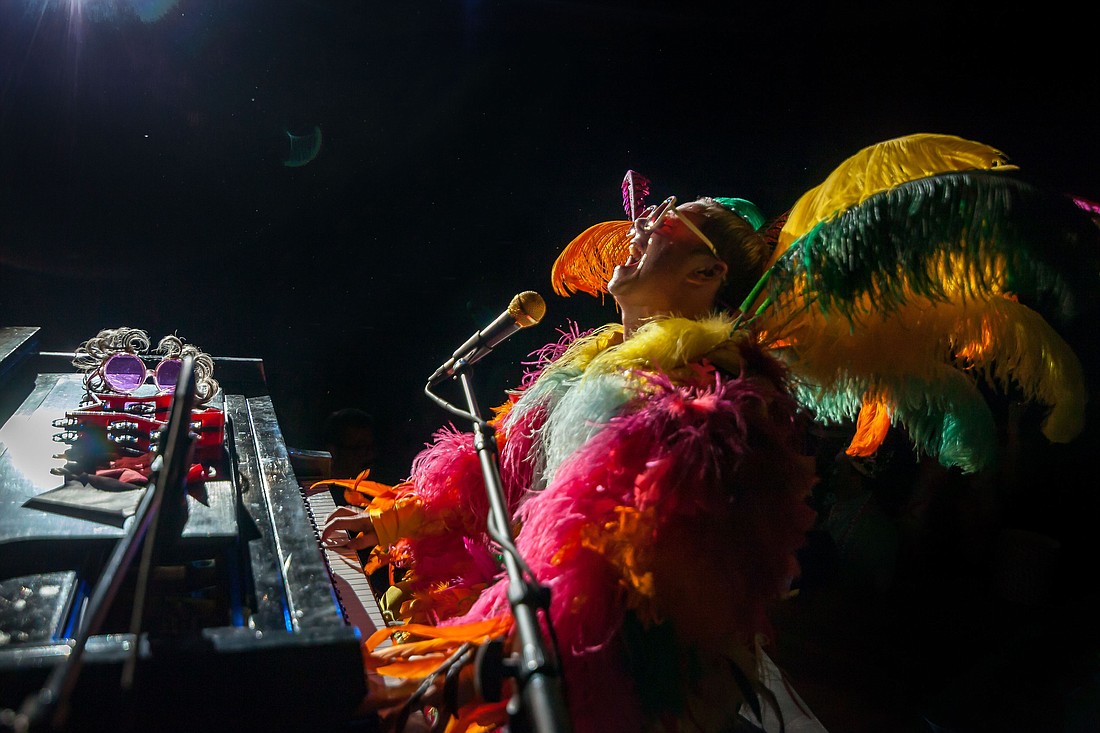 A few days after Elton John has played his final shows in the United States, musician and actor Rus Anderson (pictured) will bring “The Rocket Man Show” to Mount Vernon for a Nov. 23 performance at the Lincoln Theatre. Anderson and his band will re-create a 1970s Elton John concert experience. (Photo courtesy of Rus Anderson)
By AMY KEPFERLE
Staff Reporter

Scotland-born musician and actor Rus Anderson was only 4 years old when he learned to play his first Elton John song on the piano, the 1973 mega-hit “Daniel.”

More than 30 years later, Anderson is making a living touring the United States with his acclaimed Elton John tribute production, “The Rocket Man Show,” which will make a splashy stop in Mount Vernon Wednesday, Nov. 23 at the Lincoln Theatre.

In other news of art imitating life, in 2017 Anderson was hand-picked by Sir Elton John himself to be his body double for John's Farewell Yellow Brick Road Tour promotional videos, and the two have continued to collaborate since then. In fact, Anderson can be seen during Elton's current (and final) tour in some of the videos being projected behind him onstage.

Although it may appear as if the trajectory of Anderson's career was laser-focused on re-creating the music of one of the world's most iconic performers, Anderson said that wasn't the case.

“I moved over from Glasgow to the States when I was 23,” he said during a phone interview from his home in Clearwater, Florida, where he was hunkering down during a tropical storm. “I was always a musician. I was in the rock band scene in Scotland.”

Although he originally relocated to Florida to attend school, Anderson said it wasn't long before he started performing on a regular basis at jazz clubs, piano bars and beach stages in Tampa, playing mostly Top 40s songs — including the music of Elton John, a man who has sold more than 300 million records during his decades-long career. When people started telling Anderson he reminded them of the star in his younger years and requesting more of Elton's music, he listened. 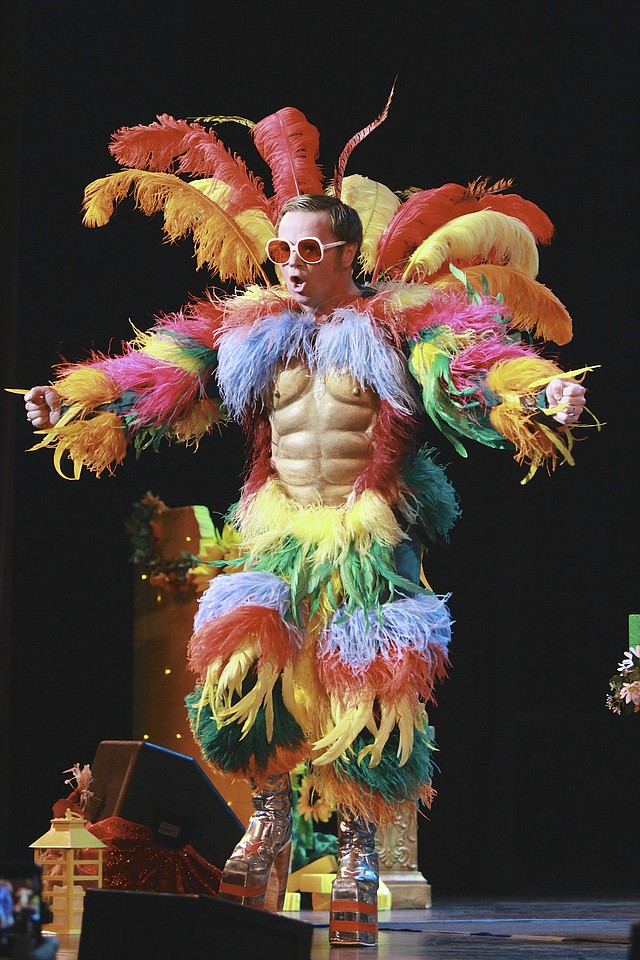 “The Rocket Man Show” incorporates music and elaborate costumes reminiscent of 1970s-era Elton John concerts. The costumes for the production are handmade by performer Rus Anderon's wife, Somali Rose, who is also the tour manager and a backup singer. (Photo courtesy of Rus Anderson)

With inspiration and help from his wife and creative partner, Somali Rose, the two decided to put together a night of Elton John songs focusing mostly on hits from the 1970s at a jazz club on the beach in Tampa. It sold out, as did an added show. Soon, the media started paying attention. With era-appropriate costumes handmade by Rose and the addition of a backing band, by 2011 the show was going so well it had become the couple's full-time job.

Watching the promo video for “The Rocket Man Show,” it's apparent why it's been so successful. Anderson, 42, inhabits Elton John's amped-up essence at a time the musician was just as likely to sing from underneath a piano as atop it. But it's not just his voice that lends authenticity to the role, it's also the way he moves and how he commits himself to the entire experience.

Whether Anderson is kicking over a piano bench while simultaneously playing the piano and singing, strutting across the stage in sequined platform shoes with feathers flying, or singing hits such as “Saturday Night's Alright (For Fighting),” “Goodbye Yellow Brick Road,” “Daniel” and “Rocket Man,” he commands attention.

The trick, Anderson said, is that what he's doing isn't a straight impersonation.

“It's more than resembling someone, you have to capture the essence of that artist,” Anderson said. “You have to act like you're feeling how that artist was feeling at the time. I'm capturing Elton's essence onstage. I play the piano and sing a little differently, but his creative team liked that I wasn't impersonating him.”

Anderson said during “The Rocket Man Show” he's always Rus. He doesn't speak like Elton onstage. Instead, he talks to the audience in his own Scottish accent, tells stories about the songs — and about what it was like to meet and work with Elton John — and generally re-creates what it would've been like to attend an Elton John concert in the 1970s. That's where both his musical and acting chops come in.

As for the “real” Elton and his Farewell Yellow Brick Road Tour, Anderson attended the show when it came to Tampa, Florida, and has secured seats for a performance taking place in June in Glasgow. He won't be able to catch any of Elton's final performances in the United States happening Nov. 17–20 at Dodger Stadium, because he'll be touring Washington state for the first time.

If Elton John's retirement sticks, Anderson expects to get even busier than he already is. But he said he's happy to pick up the slack and ensure fans get their Elton fix.

“I'm happy to keep it going,” Anderson said. “I have a blast. The audiences we get to perform for are so excited and enthusiastic. When you walk onstage, you get a roar. You know the audience is on your side. They know the character, they know all the songs. Elton John has a unique fan base, so we have people who are in their 90s, and those who are 14 or 15 years old. That's what makes it.”