'It feels so good, but very emotional' 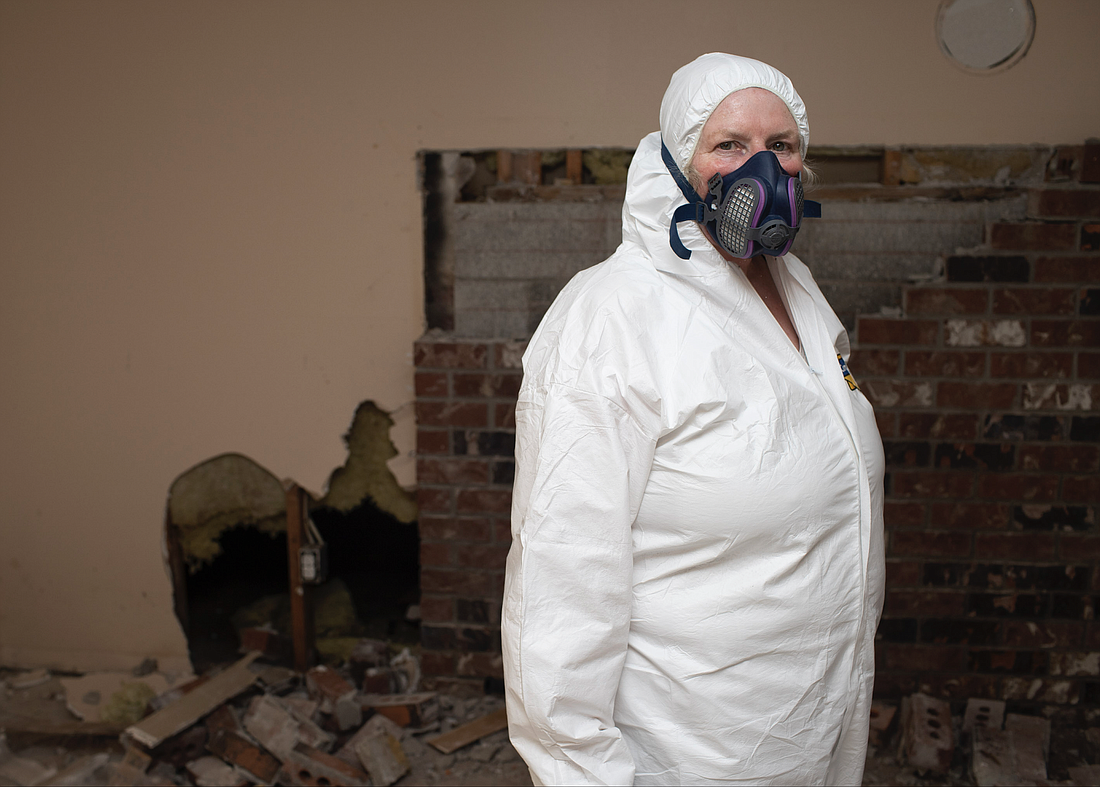 One year after her home flooded, Nooksack resident Cheryl Brown is still waiting to move back in. The step-by-step recovery process "is very emotional," she said. (Hailey Hoffman/Cascadia Daily News)
By JULIA LERNER
Staff Reporter

On the one-year anniversary of the flood that destroyed her Nooksack home, Cheryl Brown was excited to take a shower.

“We finally got our hot water tank installed, so we can take a shower upstairs now with hot water in the house,” she said. “It’s much more luxurious than the trailer we’ve been living in.”

Brown, along with her husband Larry and son Levi, has been living in trailers in her front lawn since the floods hit last year, as her home was filled with floodwaters carrying sediment from the Sumas River. Because the sediment was contaminated with asbestos, any journey into her home required hazmat suits and respirator masks, she told Cascadia Daily News in September.

When the 2020 Super Bowl Flood hit, Brown said, the family saw about 8 inches of water in her basement, which required “a whole tear-out and complete replacement,” she said.

Last November’s floods were much worse and will require significant mitigation before she can live in her home full-time again. 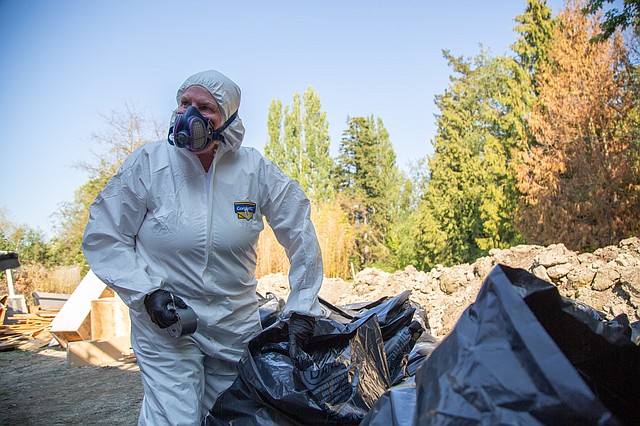 Cheryl Brown tapes and double bags debris contaminated with asbestos in the backyard of her home in August. (Hailey Hoffman/Cascadia Daily News)

After months of digging, packaging and disposing of the carcinogenic material in her basement and her backyard, Brown said the last load of asbestos was removed on Nov. 11.

“It feels so good, but very emotional, seeing one thing after another accomplished,” she said.

It’s easy to forget the small things, like a hot shower, when dealing with catastrophe, Brown said, but she looks forward to rebuilding the rest of her home come spring.

This month, Brown said she considered beginning to put drywall in her basement, but will hold off until the threat of another flood passes.

“Time is a strange commodity,” she said on Nov. 14. “Here we are at the anniversary, and the sky is clear. We can see all the planets ... You wouldn’t be thinking that [the flood] would have happened last year if you saw the weather this year.”

Reporter Julia Lerner covers environmental issues at Cascadia Daily News. She joined the staff from a remote Indigenous community in Northern Alaska, where she worked as an investigative reporter at the Nome Nugget, Alaska's oldest continuously-publishing newspaper. Lerner earned her master's degree in investigative journalism from the University of Maryland in December 2020.