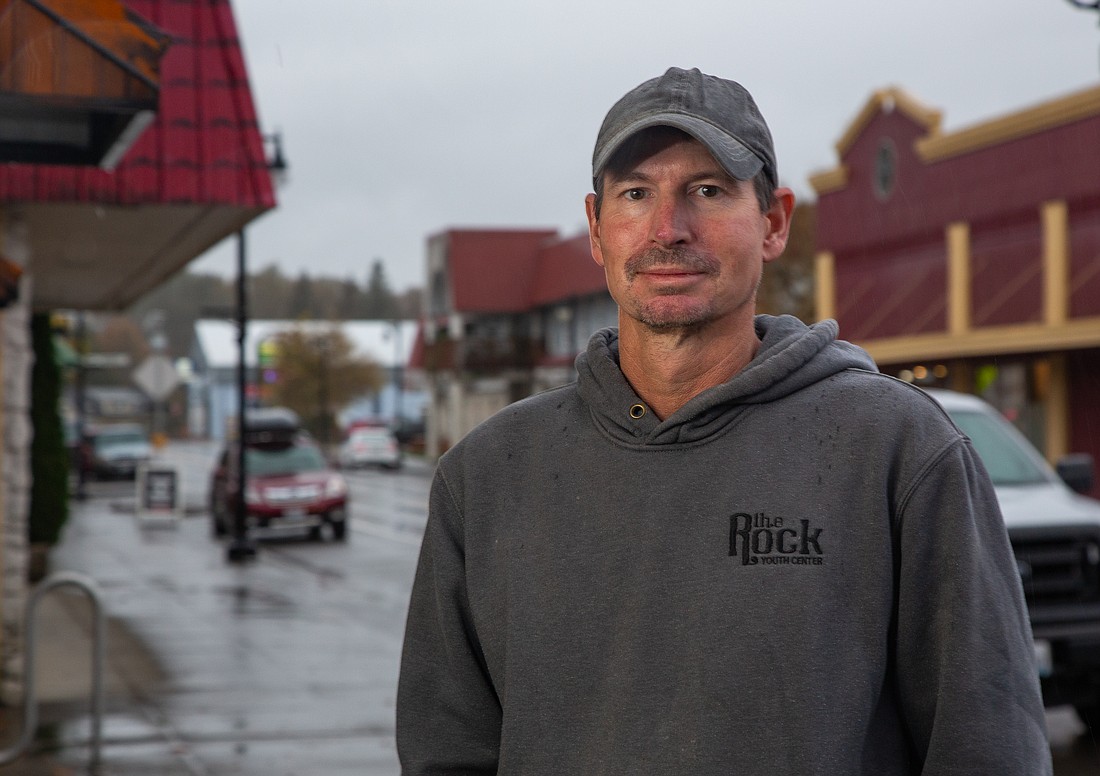 Mayor John Perry stands on the main street of Everson on Nov. 3, almost one year after the devastating 2021 flooding. Perry said being a mayor is sort of like being a parent — full of unexpected surprises and responsibilities. (Hailey Hoffman/Cascadia Daily News)
By JULIA LERNER
Staff Reporter

He hoped, when the water started to level off around 3 a.m. Monday, that would be the worst of it.

“We thought things had leveled off and crested, but that was just when they lost the gauge at Cedarville, so we just weren’t getting any info at that point,” he said. “We thought we’d catch a couple hours of sleep ... I got about an hour, and that’s when I got the call that we had water in City Hall.”

Perry, who has served as Everson’s mayor since 2010, said being a mayor is sort of like being a parent — full of unexpected surprises and a lot of responsibility.

Perry compared the flood response in 2021 to the historic 1990 floods that hit Whatcom County, which caused more than $4 million in damages to homes (around $9.12 million in 2022 dollars), according to a U.S. Geological Survey report.

Now, he said, the county has to capitalize on the opportunity to make significant changes.

“No significant changes were made to the areas that were the hardest hit [in 1990],” he said. “We have to keep the mitigation planning efforts at the top of our stack, and keep working through it.”

Reporter Julia Lerner covers environmental issues at Cascadia Daily News. She joined the staff from a remote Indigenous community in Northern Alaska, where she worked as an investigative reporter at the Nome Nugget, Alaska's oldest continuously-publishing newspaper. Lerner earned her master's degree in investigative journalism from the University of Maryland in December 2020.