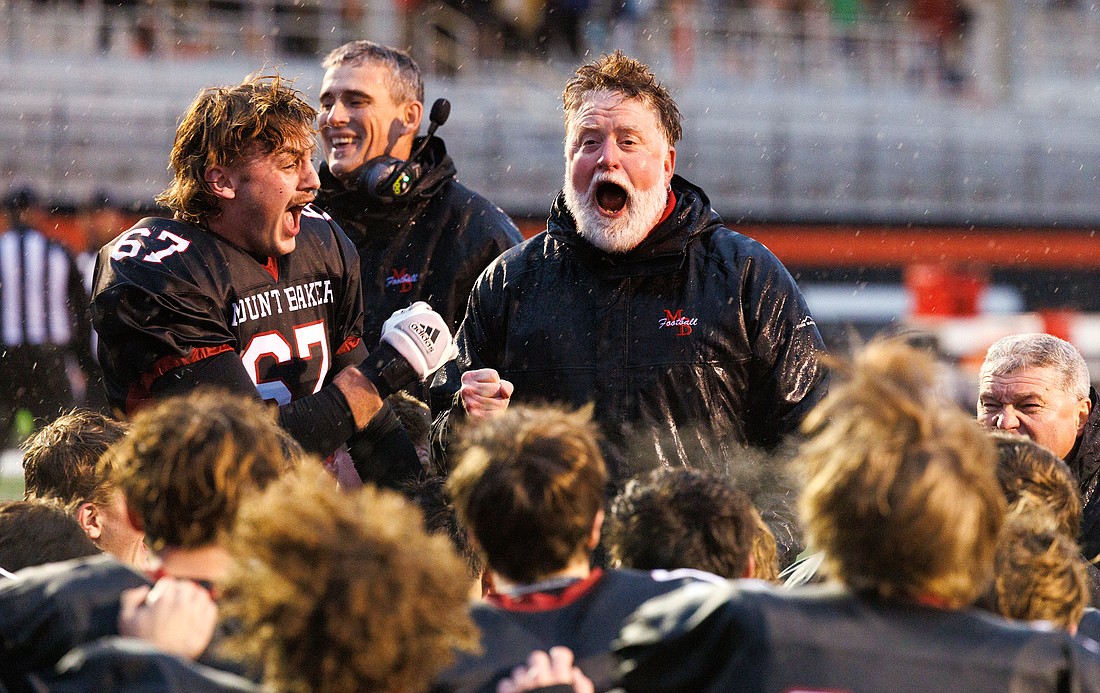 BLAINE — Nothing in high school football is ever certain.

Following a 28-20 loss to Nooksack Valley on Oct. 14, Mount Baker was 3-4 overall — on nobody’s state contender list — and 1-1 in Northwest Conference games.

“Marcques has just been so good for us all year,” Mount Baker coach Ron Lepper said.

Mount Baker forced a Kansas tiebreaker between the Mountaineers, LC and NV. Teams began on the 25-yard line and each had a chance to score. Whereas NV and Mount Baker each had two chances to win, LC had one. The seeding for a situation like this was predetermined before the season.

George was the difference once again in a near-freezing torrential downpour on Thursday night, as Mount Baker defeated NV in the first game of the night.

A failed 4th-and-1 run from the 5-yard line by the Mountaineers led to a missed 38-yard field goal attempt by Nooksack Valley in the tiebreaker’s first mini-game. Mount Baker stopped a 4th-and-3 rush from the 3-yard line the next drive, and it was back on the Mountaineers.

George sent his team to the 1A state tournament on a 21-yard rushing touchdown — the only house call of the entire night. 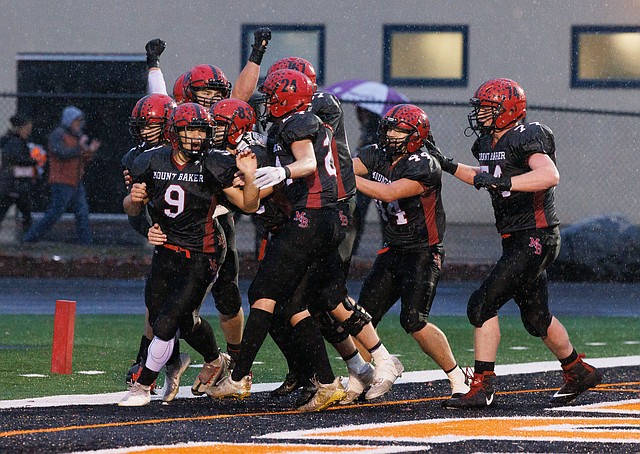 “Going back to a couple weeks ago, after the Nooksack [Valley] game, we said this is what we’ve got to do,” Lepper said. “The only chance we had was this kind of situation, and we made some plays.”

NV left the field disappointed and had 20 minutes to think about it. At this point, a really good football team was already going to be eliminated. There were two spots for three teams. LC and NV each were ranked in the state’s top 10 for most of the season. One team’s season would not persist beyond the evening.

Next up was NV versus LC for the final spot.

The Pioneers blocked the Lyncs’ 26-yard field goal on the opening drive. NV then attempted a 40-yarder of its own, which was missed. NV got the ball right back, moving it to the 13-yard line for another 30-yard attempt. Junior kicker Jorgen Vigre nailed it for the Pioneers’ first points of the tiebreaker. The pressure was on LC.

Another stalemate of a drive saw the Lyncs facing a 4th down from the 17-yard line. It would be a 34-yard field goal to force another possession. It went wide left, and that missed kick marked the end of a promising season for LC.

The result was NV joining Mount Baker in the 1A state tournament, while the Lyncs’ stellar season came to an end. 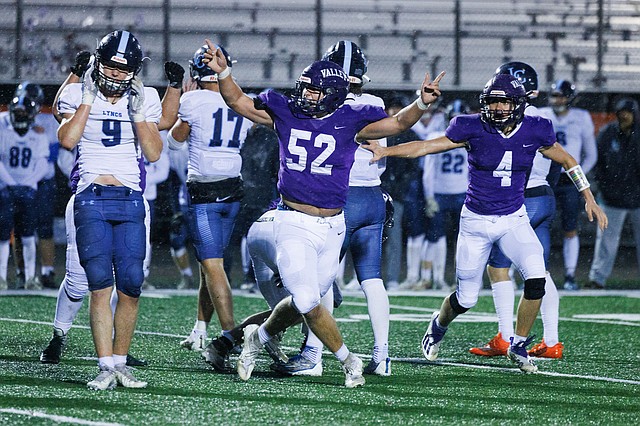 Nooksack Valley’s John Stremler (52) and Ryan Hughes (4) react as a Lynden Christian field goal attempt misses the uprights to give the Pioneers the win in a tiebreaker. (Andy Bronson/Cascadia Daily News)

“It feels great, it feels really good for our kids, for our community and the assistant coaches,” NV coach Craig Bartl said. “It feels awesome.”

Punching their ticket to state by defeating the team that gave them their only loss of the season was cause for celebration.

“That loss, it affected us in a good way,” NV sophomore running back Colton Lentz said. “It humbled us and gave us a ton of motivation.”

The Pioneers persevered through their loss to LC and found a way to survive, which makes it even more special having to overcome those hurdles once again, finding a way to win, NV junior quarterback Joey Brown said.

“It feels surreal, actually,” Brown said. “Through the ups-and-downs of the season, with those teams especially, it just feels great to finally break the horizon of that slope that we had — against LC, especially.”

The Lyncs are the lone team to not make it out of the tiebreaker. LC coach Greg Terpstra gave props to the other teams and the rest of the NWC for being as competitive as they are. 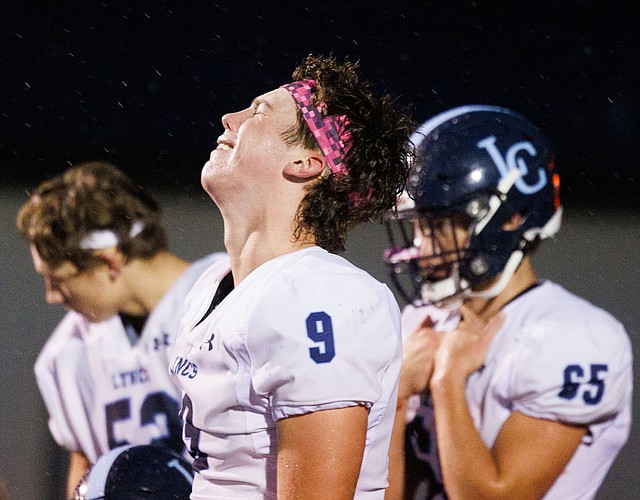 “I’m really proud of the league we’re in, where it has been so tough to get out of it,” Terpstra said. “[I am] so proud of [Mount] Baker, so proud of Nooksack [Valley]. There are quality opponents every year.”

Terpstra wraps up his first season as the head coach of the Lyncs, finishing 8-1 overall and 3-1 in NWC games.

NV and Mount Baker advance to the 1A state tournament, and both teams will receive seeding before next week’s games. The tournament will begin with first-round games on Nov. 11.