Ranked-choice voting is on the ballot in some state elections

No initiative in Whatcom County yet, but support gaining momentum 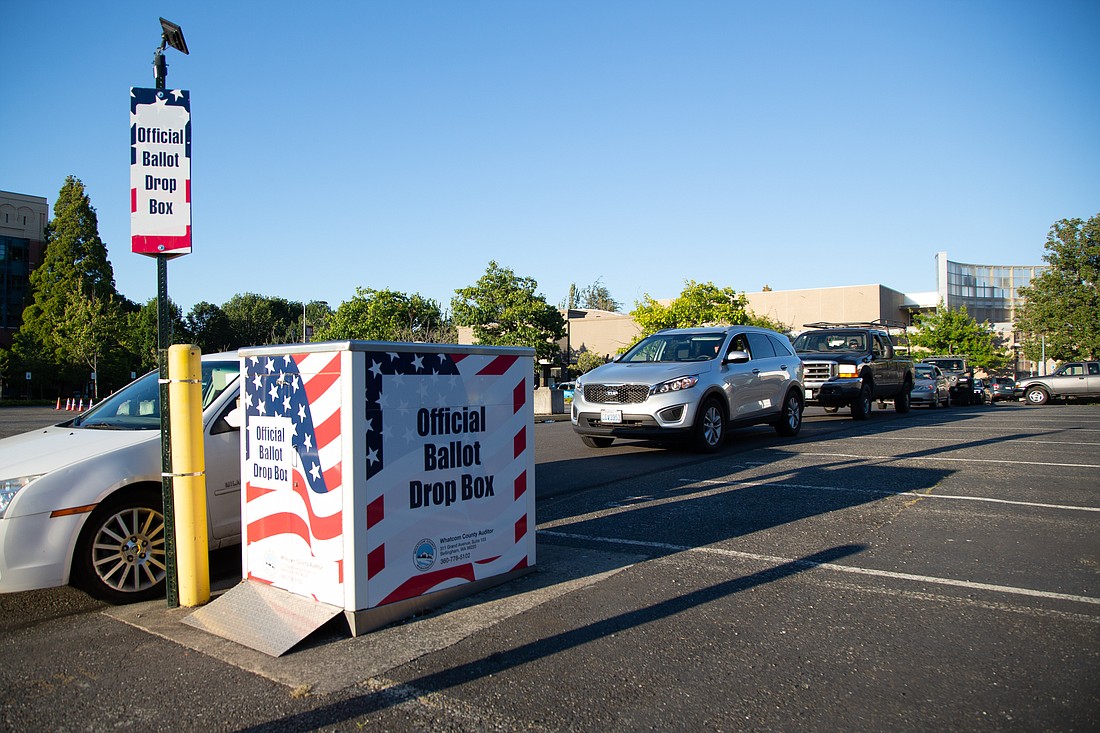 Ranked-choice voting is on the ballot in San Juan County, Clark County and the City of Seattle this fall. In the U.S., 43 jurisdictions used ranked-choice voting in their most recent elections, ranging from city to statewide races, according to FairVote, a nonpartisan election reform organization.

In the current voting system used across the country, called a plurality system, voters select only one candidate, said Ben Chapman, communications manager for FairVote Washington. Once the votes are tallied, the candidate with the highest number of votes wins.

To win in the plurality system, a candidate needs to have the greatest percentage of votes. In a two-candidate race, the majority can be found quickly, but the more candidates a race has, the closer the voting margin can become. A winner with 40% of the votes leaves 60% of the people who participated in the election dissatisfied.

That process continues, redistributing votes to the next top choice after each candidate is eliminated until a candidate has reached a majority.

“Rank choice voting changes the entire political conversation,” Chapman said. “It changes the strategy for campaigning and it elects candidates who can build coalitions and who can form consensus around their ideas.”

In the single-winner system, voters must weigh between voting for their top choice and voting for the candidate they think will win, Chapman said. Voting for the lesser of two evils — or voting to avoid splitting the majority vote away from a popular candidate — are some ways the current system forces voters to limit their choices, he said.

There is growing agreement that the argument ranked-choice voting is “too complicated” is outdated, said Todd Donovan, a political science professor at Western Washington University.

Instead, new research focuses on how to make ballots more accessible for voters. While there are challenges with starting a new system, the current single-winner system leaves voters more discouraged and less represented, Donovan said.

Donovan’s work focuses on how voters understand and use ranked-choice voting ballots. His research found that during the first election cycle with a new system, ballot errors like overvoting (ranking the same candidate as both first and second choice) or undervoting (not ranking at all) may be more common, but those mistakes tend to dissipate with the next election cycle, Donovan said.

Ranked-choice voting can be implemented on a city-, county- or statewide scale. While the Whatcom County chapter of FairVote has no plans to introduce an initiative to the county council, Whatcom County communities have shown a growing interest in the past five years across the political spectrum, said Kit Muehlman, a local FairVote organizer.

Whatcom GOP does not support ranked-choice voting, said John Ramsey, chair of the Whatcom County Republican Party. It would be too complicated, too time-consuming, and allow candidates with marginal voter support to win and challenge voters by making them research each candidate extensively in order to rank them, he argued. It does not have the bipartisan support a change to the voting system would require, he added.

“The Whatcom County Republican Party would welcome a truly bipartisan effort to achieve [a fair and free voting system],” Ramsey wrote in a statement. “We are convinced, however, that the adoption of rank-choice voting would make voting more complicated, less transparent and, ultimately, less democratic.”

Any ranked-choice voting implementation needs to come with a hefty program of voter education to make voting accessible to everyone, state Senate candidate Sharon Shewmake said.

As a state representative, Shewmake sponsored a bill for ranked-choice voting that failed in the Legislature in the 2022 session.

Ranked-choice voting will improve campaigning and democracy as a whole, Shewmake said. Rather than attack political opponents during campaigns, candidates would have to appeal to voters in a way that leaves them open to being a potential second- or third-choice candidate.

For places like Whatcom County, which has urban Republicans, rural Democrats and people across the political spectrum not being represented by the majority winners elected to council and state office seats, a new system would allow for a better reflection of voter values, Shewmake said.

“The first time I campaigned, it felt like my job was to bring ideas and really be there with a positive message,” Shemake said. “This campaign this year has just gotten so negative. I think [ranked-choice voting] would result in better politics and better policy discussions.”