Rugby clubs gather to celebrate the sport in Ferndale 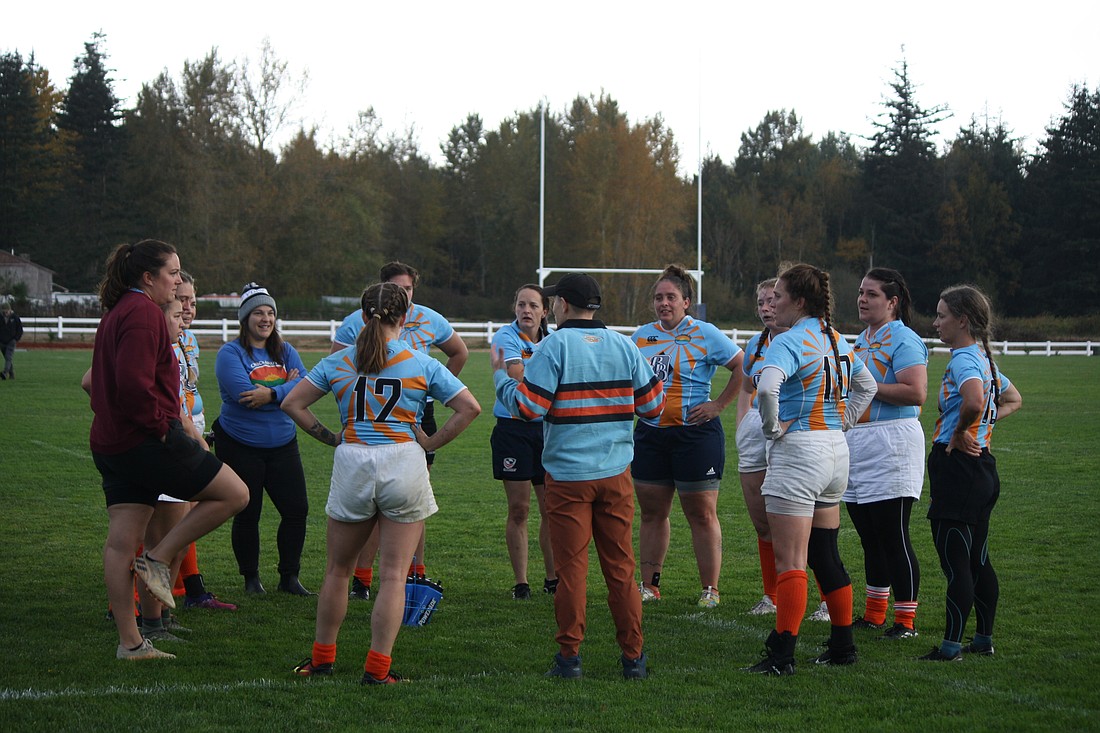 The Chuckanut Mussels huddle as a team during a match at the community jamboree on Oct. 22. (Photo courtesy of Eleanor Hines)
By CONNOR J. BENINTENDI
Staff Reporter

Four clubs were in attendance, including the Mussels’ group of more than 19 womxn rugby players. In addition to three separate Western teams, the jamboree hosted the University of Washington and the Mudhens, also from Seattle.

Players from as far as Salem, Oregon, traveled to the event, joining other clubs and competing in the jamboree, said Eleanor Hines, who has been playing for the Mussels since 2011.

“WWU was very excited to host an event that reached the Bellingham and Ferndale communities,” said Abbi Triou, Western’s team captain and co-president. “We had a blast playing local teams and having the opportunity for our 30 new players to play their first game. We want to thank the Chuckanut Mussels for working with us to host this event. Thank you to all our friends and family that came to support an amazing day of rugby.” 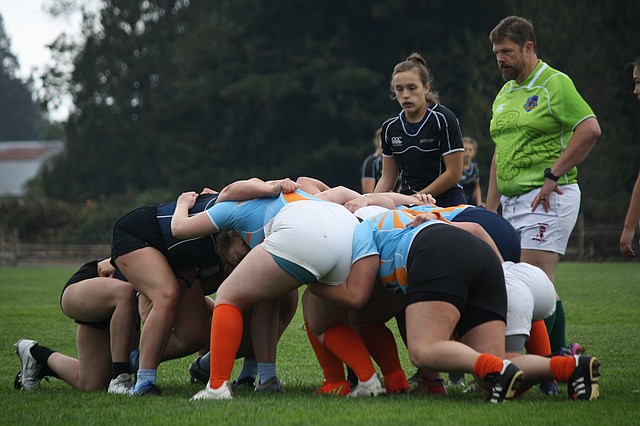 One of the Western Washington University rugby teams and the Chuckanut Mussels engaged in a scrum during a jamboree in Ferndale on Oct. 22. (Photo courtesy of Eleanor Hines)

The matches were played at the deWilde Rugby and Polo Fields in Ferndale.

Kicking off the jamboree was the Mussels vs. Western Team One, with the Mussels winning 29-5.

There was a girls flag rugby game that followed the inaugural match, with players of various ages ranging from second to eighth grade. Carrie Strachila, program manager for Girls Rugby Bellingham, said the event was a great experience for all the girls in the program.

The team recently completed its first fall season, and the rapid growth and success of the relatively new program have them excited for the spring season.

“Saturday's games were absolutely the highlight for all players involved in this season. The girls felt so supported, and now know they are a part of a big community of rugby players,” Strachila said. “They were able to see how they are the future of women's sports and how to help empower others as well as themselves. They felt like rock stars, and I can't thank the Chuckanut Rugby women's team and the WWU Rugby women's teams enough for what they did.” 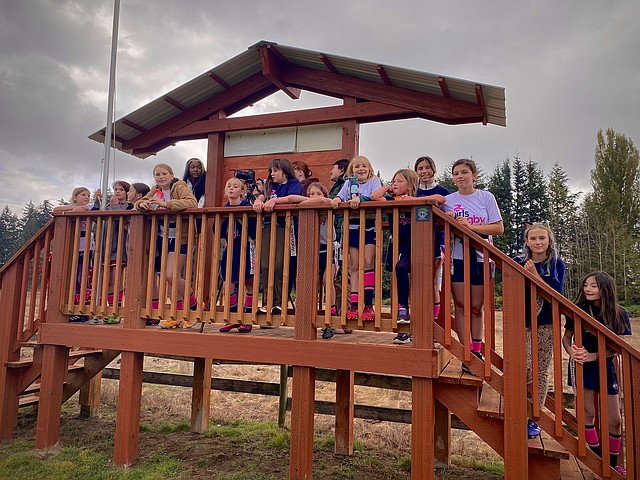 The matches resumed with Western Team Two taking on the University of Washington. UW won that match 42-5 before the Mudhens tied Western Team Three 22-22. The Mussels won their second match 49-5 versus Western Team Two in the fourth match of the day.

Western Team One took on the Mudhens next but fell 44-24 in one of the more tightly contested matches of the day. The Mudhens are rebuilding their numbers and have a lot of new players on the team.

The last match of the day was between UW and Western Team Three, with the Huskies coming out on top 51-19.

Capping off the jamboree was a game of costume touch at 4:30 p.m. Anyone who could dress up and run around was welcome, Hines said, and players donned costumes ranging from pirates to Disney characters to ghosts.

“Fun was had all around, despite being exhausted from playing hard in the games prior,” Hines said. “Many stuck around and enjoyed the barbecue that followed.” 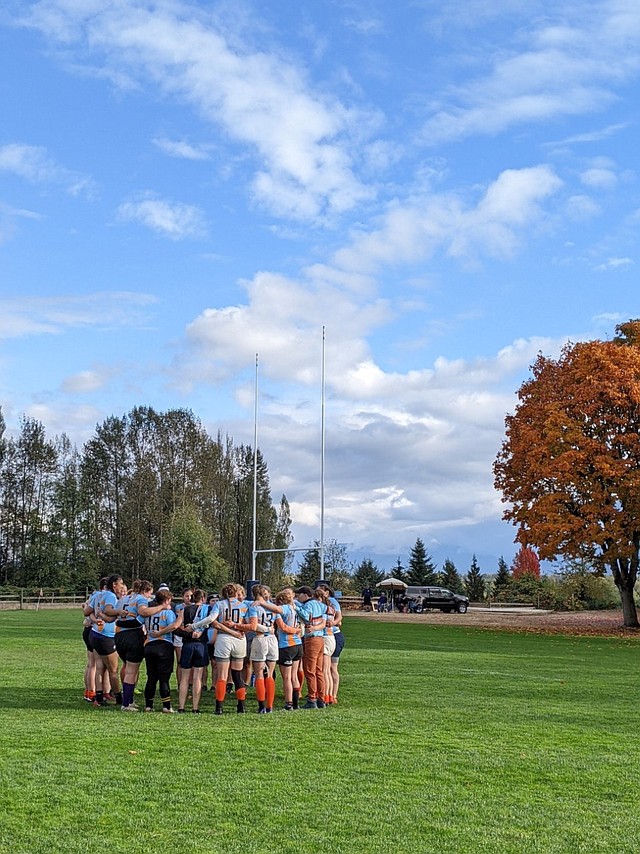 The Chuckanut Mussels huddle up as a team ahead of a match on Oct. 22. (Photo courtesy of Eleanor Hines)

Claire Branson, travel and match coordinator for the Mussels who joined the team as a player this year, said the event was about bringing the community together.

“It was amazing to see so many people out there supporting their friends and family on the pitch,” Branson said. “The rain didn’t stop them. Rugby is a sport that is all about community, and our goal for the day was to celebrate rugby together. The jamboree was a ball-out-of-the-park success. Everyone who came left with a smile on their face, a new friend and maybe a couple bruises or two.”

The Chuckanut Rugby Club was established in 1973 and has expanded to include all genders and ages that can compete. More information about available teams and upcoming events can be found on its website at chuckanutrugby.com.