Ski to Sea runs in the family for national kayak champion 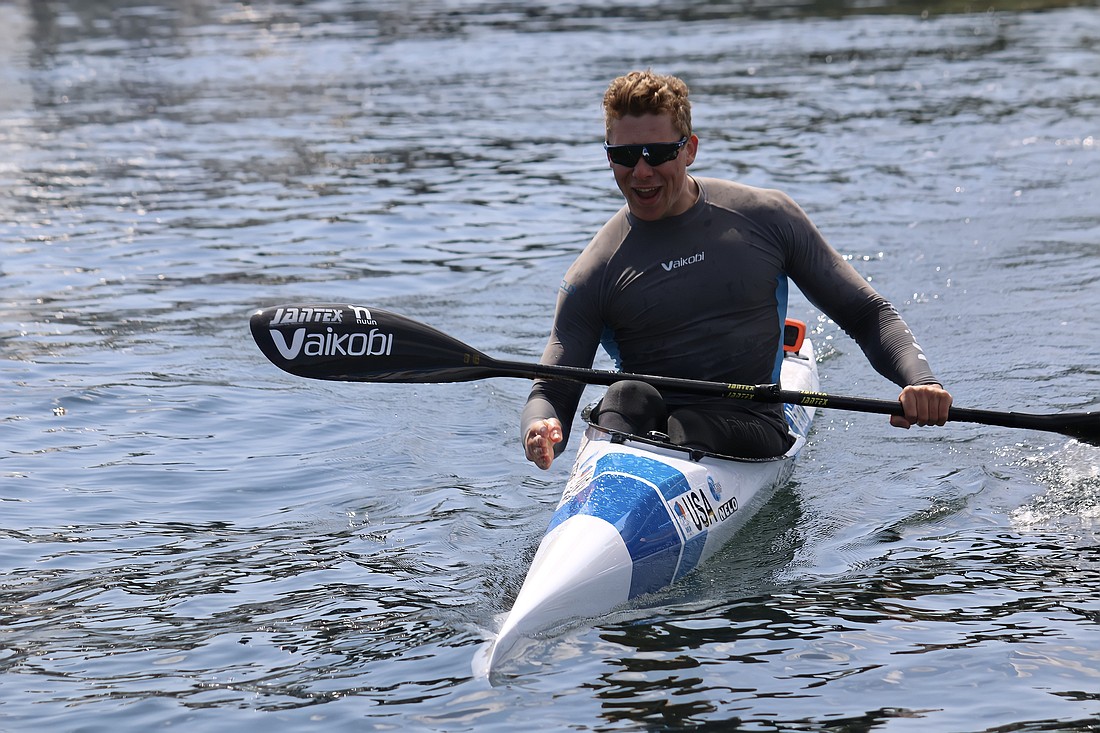 Ski to Sea is a family affair for national kayak champion Jonas Ecker.

Ecker, who grew up in Bellingham and now attends the University of Washington, said his parents have been involved in Ski to Sea for as long as he can remember. He recalled attending Ski to Sea to cheer on a parent and riding along the end of the course on his tricycle when he was about 3 years old.

This weekend, Ecker will compete in Bellingham's largest annual event in the sea kayaking leg for the team Beavers Tree Service alongside his father, Brian Ecker, who’s taking the cyclocross leg.

“It'll be cool to round out the race with a handoff from my dad. I'm most excited for that,” Ecker said.

Ecker returns to Ski to Sea this year as a national kayak champion. 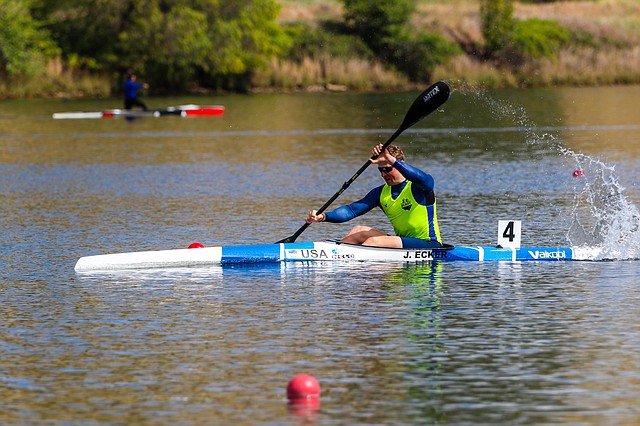 His love for kayaking stems from his parents: his mother paddled in college and his dad was the one to buy the family's first boat. Ecker joined a sprint team in 2013 when he was just 10.

“It kind of snowballed from there,” he said.

“I was finally able to do it and then we got two years, and then to have that basically taken away along with so many other races by COVID,” Ecker said. “Obviously, I fully agree with it not happening and it was totally the right decision. But it still sucked.”

“Watching my dad come in and hand off to the former paddler Brandon Nelson, then being in the lead and then following Brandon along the course and the hometown excitement when they finished [was incredible],” Ecker said. 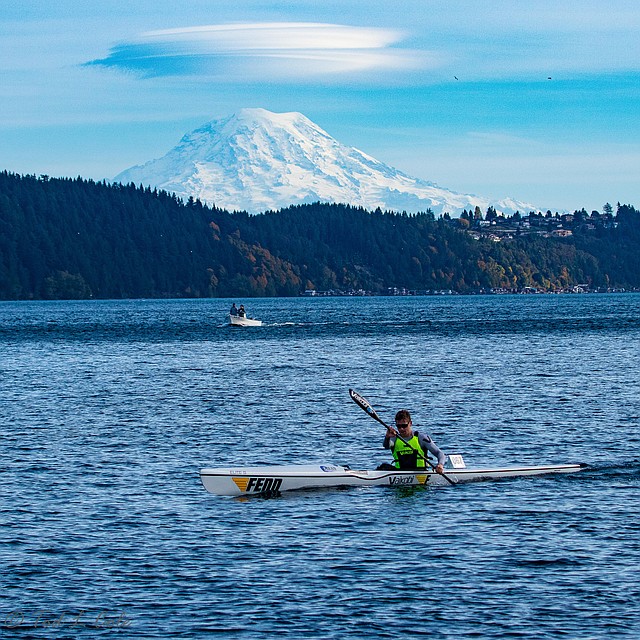 Mount Rainier looms in the background as Jonas Ecker competes in the Surfski/High Performance Kayak race at the Narrows Challenge on Oct. 16, 2021. (Photo courtesy of Jonas Ecker)

Ecker's own team won the high school division his sophomore year and he recounted the moment he passed a competing high school team.

“Realizing, oh no, we're winning our division at least and then coming through and bringing that home for the high school was just really cool,” Ecker said.

For Ecker and his family, Ski to Sea is like the Super Bowl.

“We wake up, we turn on the radio, we have the app open, we’re refreshing results,” he said.

Ecker is eager to get back to it.

“I fully expect it to be just as exciting and energetic as before the pandemic,” Ecker said.