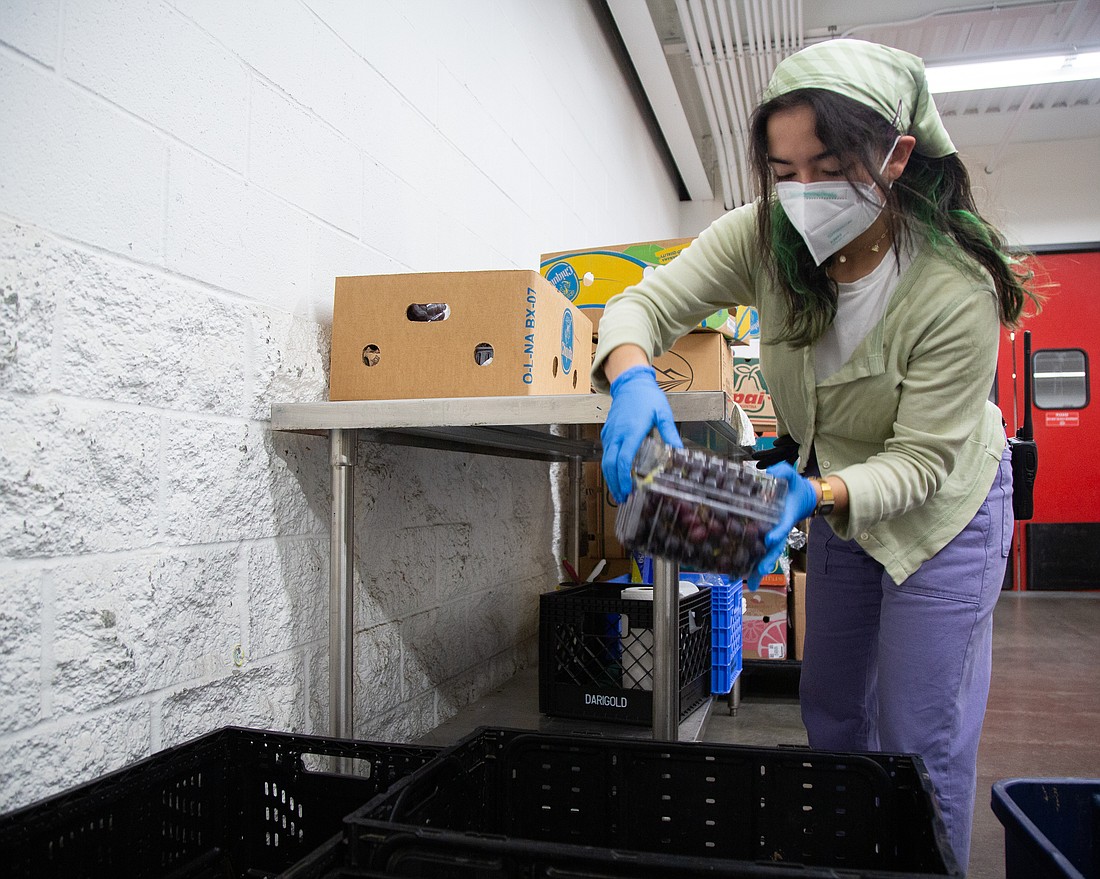 Eve Rivera, one of the food bank's staff, checks and sorts fresh produce. The food bank served 3,000 households in the second week of May — the most in the bank's 40-year history. (Hailey Hoffman/Cascadia Daily News)
By CHARLOTTE ALDEN
Staff Reporter

In the second week of May, Bellingham Food Bank served 3,000 households — the highest number the food bank has served in one week in its 40-year history.

Recent increases in food bank demand aren't unique to Bellingham — food banks around Whatcom County have also experienced an influx in demand, albeit not as dramatic as the Bellingham Food Bank.

While inflation has a lot to do with it, food banks began to see increases at the beginning of 2022 following the relaxation of COVID-19 benefits. Mike Cohen, the executive director of the Bellingham Food Bank, pointed to the end of the child tax credit as a likely catalyst for families to seek out food banks.

“I don't think people really realize just how much food banks are now purchasing the food that they're giving out for free,” Cohen said.

He noted that both inflation and the increase in customers are driving up costs. 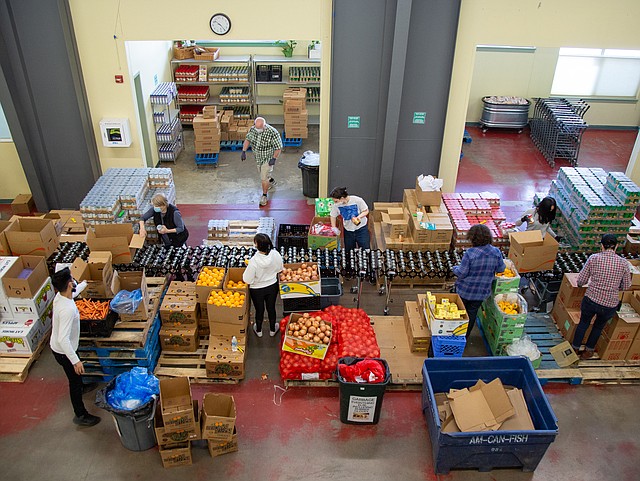 Volunteers pack boxes with produce and canned goods at the Bellingham Food Bank on May 19. The bank is juggling serving more households than ever as costs rise with inflation. (Hailey Hoffman/Cascadia Daily News)

Don Kok of Project Hope in Lynden, which also works with the Bellingham Food Bank, said the issues of inflation and increased demand are impacting food banks’ ability to purchase food for those in need.

“All food banks are struggling with their budgets right now,” Kok said.

Food banks benefited a bit from COVID-19 relief dollars. Cohen said through federal dollars from the CARES Act, the Bellingham Food Bank was able to buy a truck and some additional food.

But food banks were overlooked in Bellingham and Whatcom County when it came to money from last year’s American Rescue Plan Act (ARPA), Cohen said.

“They have a lot of other really good needs to fill, and they prioritized those maybe because we weren't yelling loud enough about our increases,” Cohen said. 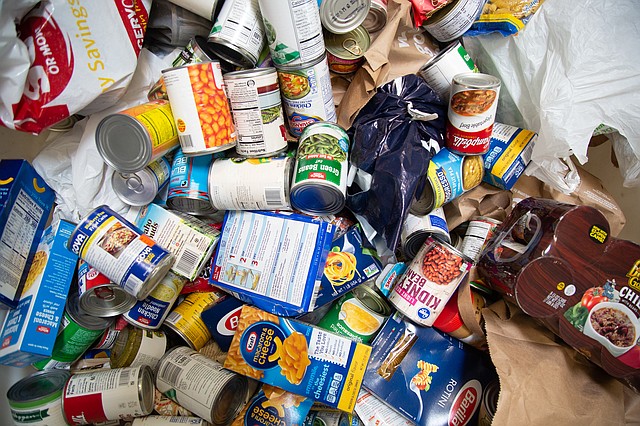 Cans of beans, boxes of macaroni and cheese and other non-perishable foods sit in a basket to be sorted at the Bellingham Food Bank. (Hailey Hoffman/Cascadia Daily News)

Cohen said he wants to see a better understanding from local government on how significant an issue food insecurity is in Whatcom County.

As of now, Bellingham Food Bank is anticipating a deficit.

While the recent Stamp Out Hunger food drive brought in 23,000 pounds of food and a projected $20,000, the Bellingham Food Bank spends $3 million on food a year. With food prices and demand increasing, it’s not enough.

Cohen said the Bellingham Food Bank changed how it functioned when it reopened its shopping space in July 2021 — it’s now open longer hours and doesn’t limit how much food a family can take. But Cohen said people aren’t abusing those new rules. Most families still only come once a week and take a reasonable amount of food.

“I think there's still a ton of stigma around admitting you need help feeding your family, and so I think a lot of folks will exhaust all other options before coming here,” Cohen said. “But as inflation continues to be real, and people's earnings don't increase, I just think we can expect to see more and more people coming.” 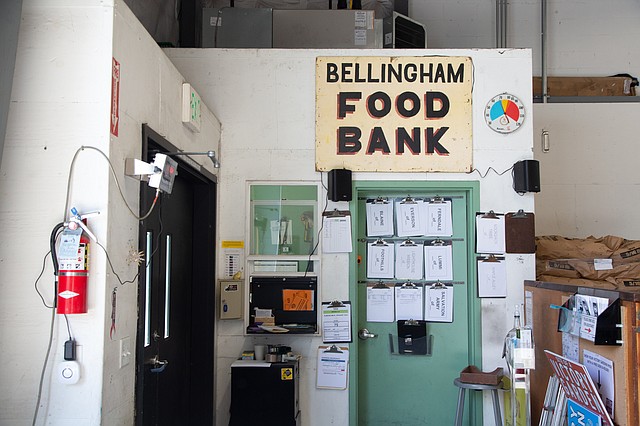 Norris said he’s signing up two to 10 households a week for the food bank that serves the Mount Baker School District. The remoteness of Foothills and the increase in gas prices complicate getting food out to the community.

“We're doing our best to build out and meet the need, but we have a lot fewer resources to draw on,” he said. “So we have to get pretty creative.”