What's the Deal With: The downtown solar system? 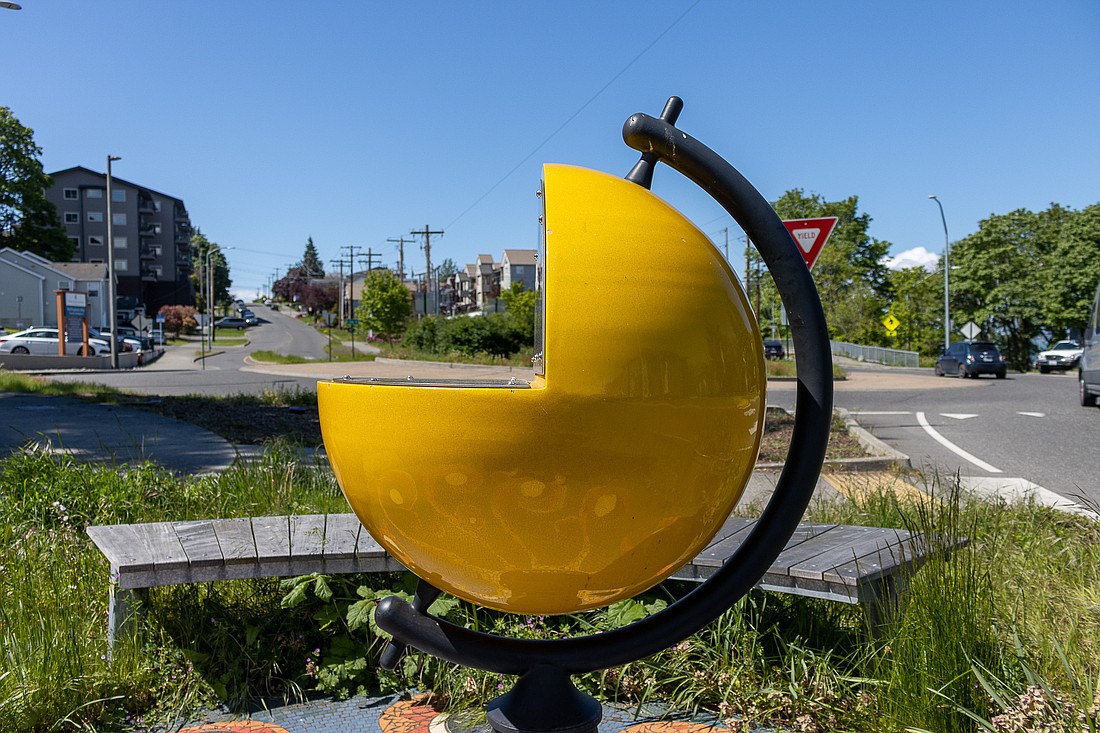 A sculpture of the sun sits by the roundabout on North State Street. From here, the entire solar system is laid out in a straight line, scaled to the real average distance from the sun. (Noah Harper/Cascadia Daily News)
By NOAH HARPER
Staff Reporter

Spread across State Street is a 1 to 1,826,770,000 scale model of the solar system. Five Whatcom Middle School students and their science teacher, with the help of local artists, created the space model to help demonstrate just how large the solar system is. The display was finalized in 2017.

Situated by the southeast corner of North State Street is a Pac-Man-looking yellow sphere representing the sun.

From there, the entire solar system is laid out in a straight line, scaled to the real average distances. Mercury, Venus, Earth, Mars and Jupiter can be found on the east side of State Street as you head north and Saturn, Uranus, Neptune and Pluto are on the west side, past the York Street crosswalk.