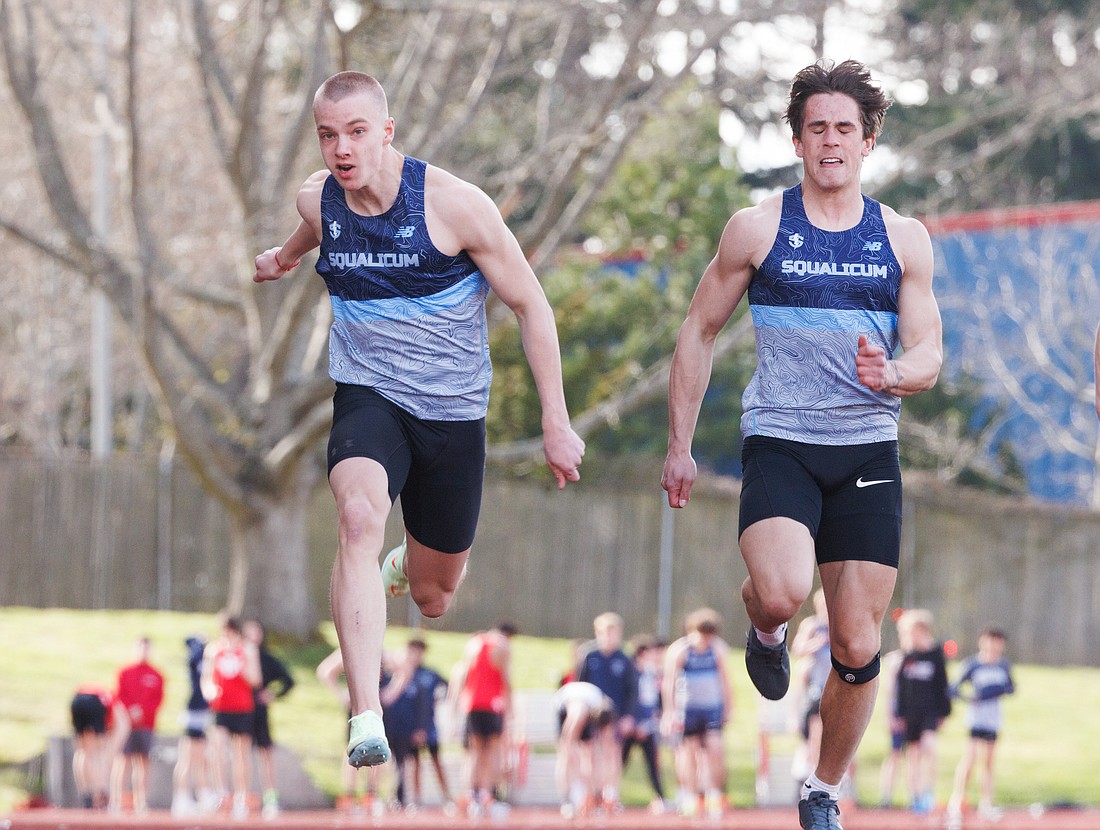 The spring state championships this week will put a ribbon on the full return of high school sports for the 2021-22 academic year.

Golfers teed off the week with the two-day championships taking place Tuesday and Wednesday at courses around the state.

Both the Lynden Christian and Ferndale boys were able to qualify five golfers, enough to compete in the team scoring. To see who made the cut from Tuesday to Wednesday, check out wiaa.com.

Most athletes from Whatcom County will be spread out at the state track and field championships. The three-day event will be at Eastern Washington University for the 1A high schools and Mount Tahoma High School for the 2A and 3A schools.

The amount of talent in the county in track and field has been no secret to those paying attention from around the state.

Squalicum, Sehome, Bellingham and Lynden will all look to make some noise with both individual and team performances.

Highlighting the individual performances for Squalicum should be junior Andre Korbmacher, who recently broke the all-time state record in the 110-meter hurdles.

Sehome’s Jake Andrews holds the fastest seed times in the 2A 100-, 200- and 400-meter runs heading into the preliminary races. His teammate, Carter Birade, is right behind him in the 100-meter run.

Also leading their event before the competition starts is Lynden’s Troy Petz, who has the highest seed mark in the 2A long jump with a leap of 22-08.75. 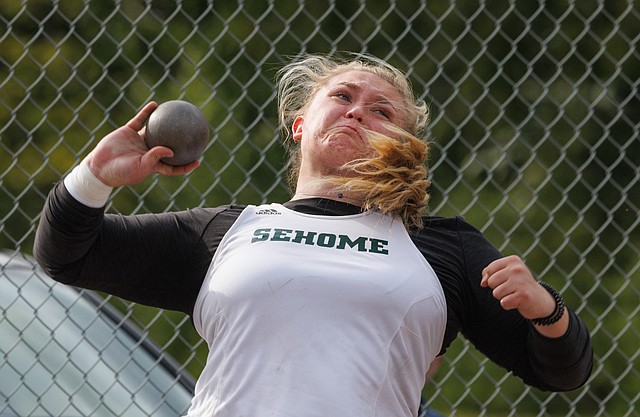 Sehome’s Dawson Rothenbuhler throws the shot during the District 1 2A North Sub-Districts track meet at Civic Stadium on May 13. (Andy Bronson/Cascadia Daily News)

For a full list of seed times, marks and competitors across both competitions, head to wiaa.com.

Nooksack Valley, Mount Baker and Lynden softball are the three teams left standing in the state from the county.

Entering the 1A tournament as the No. 2 seed, Nooksack Valley secured a first-round bye and will play the winner of No. 7 Hoquiam and No. 10 Cashmere. A win there would put the Pioneers in the state semifinals Saturday morning.

Mount Baker clawed its way out of the consolation bracket in the district tournament last week to earn the final spot out of District 1 in the 1A tournament.

The Mountaineers were given the No. 6 seed in the tournament and will open play at noon Friday against No. 11 Klahowya. If Mount Baker wins, it’ll go on to play No. 3 College Place in the quarterfinals.

If the Pioneers and Mountaineers both win their quarterfinal matchups, they’ll meet in the state semifinals. In their only matchup this year in the regular season, Nooksack Valley beat Mount Baker 10-1.

In the 2A softball tournament, Lynden earned the No. 3 seed after winning the district championship last week.

The Lions will open their run against No. 14 Rochester in the double-elimination tournament. A first-round win would put Lynden in the state quarterfinals against the winner of No. 6 Tumwater and No. 11 North Kitsap. A loss in the first round will end Lynden’s contention for the state championship, but won’t immediately end the season. The Lions would move to the consolation bracket where they could still play for third or fourth place. 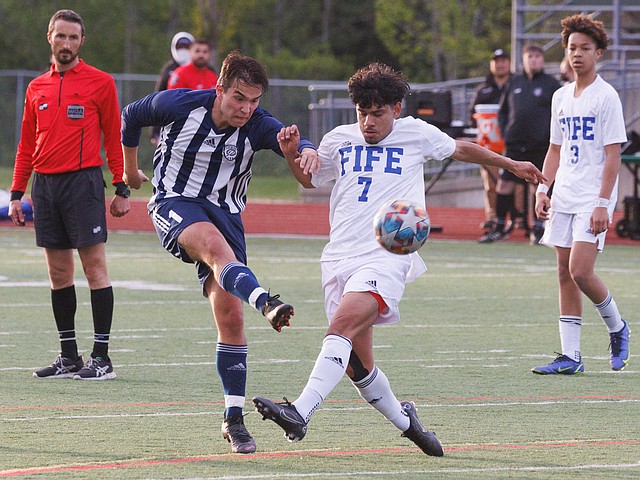 Squalicum's Carter Weener takes a shot at the goal as Squalicum beat Fife 4-0 at Civic Stadium on May 18. (Andy Bronson/Cascadia Daily News)

Perhaps slighted, perhaps not, Squalicum was given the No. 6 seed in the boys soccer tournament.

The Storm had no issues with No. 11 Fife in the first round, shutting out the Trojans 4-0. Squalicum traveled east over the weekend to Yakima to play East Valley where the Storm put up another shutout, winning 2-0.

Both of those wins have set up Squalicum for a semifinal matchup at 4 p.m. Friday, May 27 against No. 2 Sammamish in Tumwater. The loser will end up playing for third or fourth place while the winner will play for the state championship. Both of those games will be Saturday, May 28.

In the girls tennis tournament, Bellingham's Lowa Gresham and Sehome's Erin Lin will be competing in the singles bracket. Bellingham's Kira Carlson and Ella Morrow, along with Lynden's Adia and Kalanie Newcomb, will play in the doubles competition.