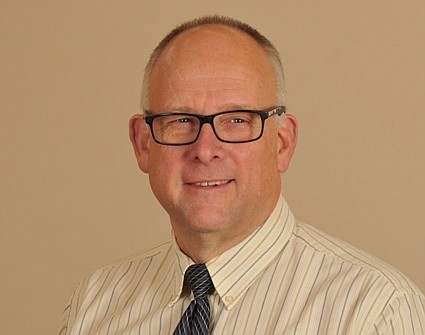 Mike Murphy was withdrawn his bid to retain his seat on the Whatcom PUD board of commissioners. (Photo courtesy of Whatcom PUD)
By RALPH SCHWARTZ
Staff Reporter

Mike Murphy, who has served four terms and 24 years on the PUD commission, had declared his candidacy on May 16 in a filing with the Whatcom County auditor. The list of candidates for Whatcom County ballots was updated on May 23 to indicate that Murphy had withdrawn his name. A Whatcom County elections official confirmed that Murphy would not appear on this year's ballot.

In an email, Commissioner Christine Grant said it has been a privilege to serve alongside Murphy.

“I’ve learned a lot from him during our time together on the commission, and he will be missed,” Grant said.

Two challengers for Murphy's seat, Jaime Arnett and Eric Davidson, will appear on the November ballot.

Murphy was first elected to the PUD commission in 1998, with the intent of protecting the county’s water resources. During his tenure, Murphy focused on energy conservation, habitat restoration, drought planning and helping farmers meet their water needs, according to the PUD website.

Murphy worked 26 years for the Ferndale School District, including a stint as director of facilities and transportation. Murphy previously served as a volunteer firefighter, EMT and fire commissioner.

This story was updated to include a quote from PUD Commissioner Christine Grant.