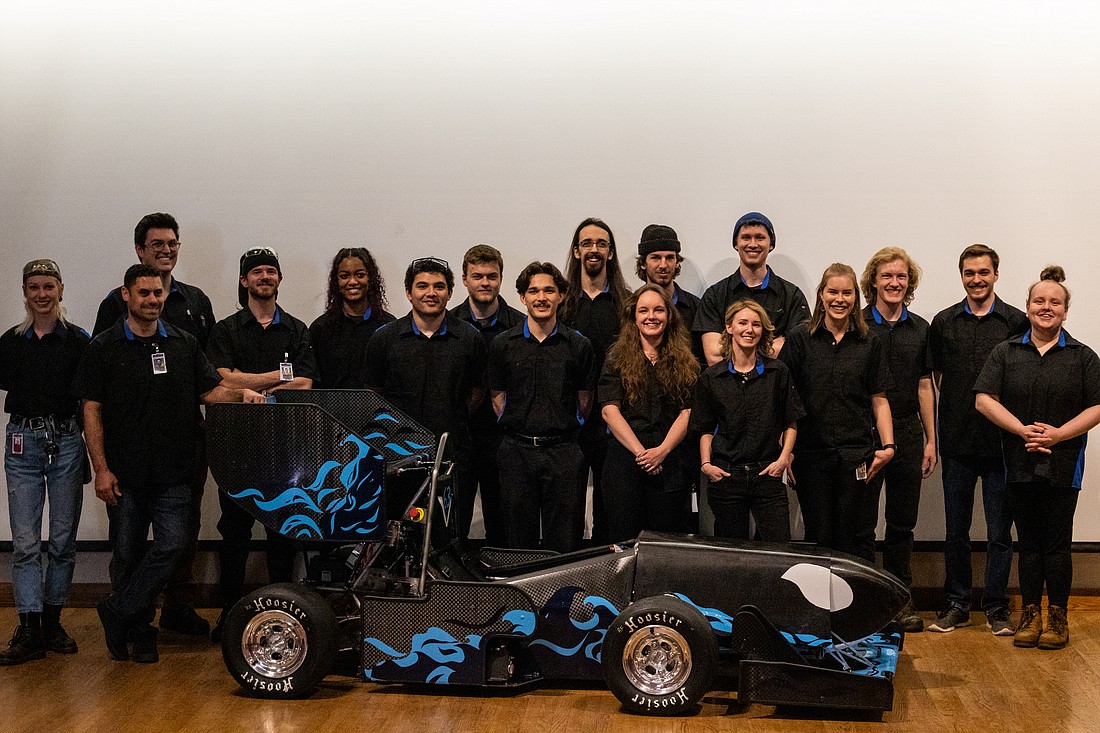 While the team had designed previous cars with electric implements, the new Viking 63 is WWU Racing’s first all-electric Formula SAE car. The team plans to compete with it at the Formula SAE Michigan competition from June 15-18.

The competition challenges university teams to develop and compete with their formula vehicles and encompasses every level of the automotive industry, from research to design manufacturing, marketing and finance.

While the team seemed like an experienced group of old friends at the unveiling of Viking 63, they had to overcome a lot to get this far. When Western Washington University moved fully online in 2020, all work on the previous model, Viking 62, came to a halt.

WWU Racing Business Director Allison Mazurek said Viking 62 was primed to be a top-tier car after years of innovating, on top of previous designs, but the pandemic stopped the production in its tracks.

During the team's hiatus from online learning, team leaders and many knowledgeable members graduated, leaving a gap in experience. Despite this, the team finally had something they had needed — time.

The team previously wanted to explore building an electric car. Now, with this extended period where they were not able to work in person, they instead worked from home to research and design the plans for an all-electric car for when they returned. 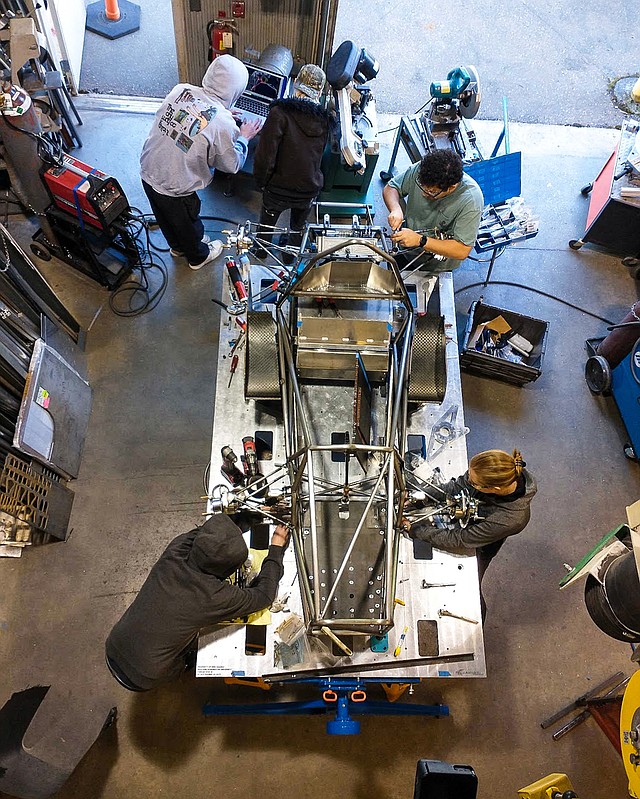 When the team was finally able to begin meeting in person again and build their designs, they ran into another roadblock. Many members had done their research independently and were having a hard time adjusting to working in a team environment again.

“I honestly went from thinking we were not going to finish this car, to today where I feel fairly confident that we're going to be able to compete with this vehicle, just because the team finally came together,” said Chandler Johnston, WWU Racing drive train lead.

Despite running into constant problems, like the battery they designed the entire car around going out of stock or designs not properly fitting after creating the physical parts, the team persevered. Many members were new to the team and were trying to fill in the gaps of experience, such as suspension team member Megan Ellis.

When the team takes the car to the Formula SAE competition, four senior team members will race the car in multiple categories. The team must first pass a technical inspection, which serves to make sure the vehicle meets all standards and rules.

Mazurek said while the teams can win awards and explore the capabilities of their cars at this event, it also serves as a showcase of team members' skills in front of the eyes of many businesses looking to recruit talent.

Johnston said the car is nearly complete with the only thing left to straighten out are some electrical issues.

“We would anticipate about a top-10 finish if we can get through tech inspection, but we're not out of the woods yet. It's gonna be a long journey to get there,” Johnston said.