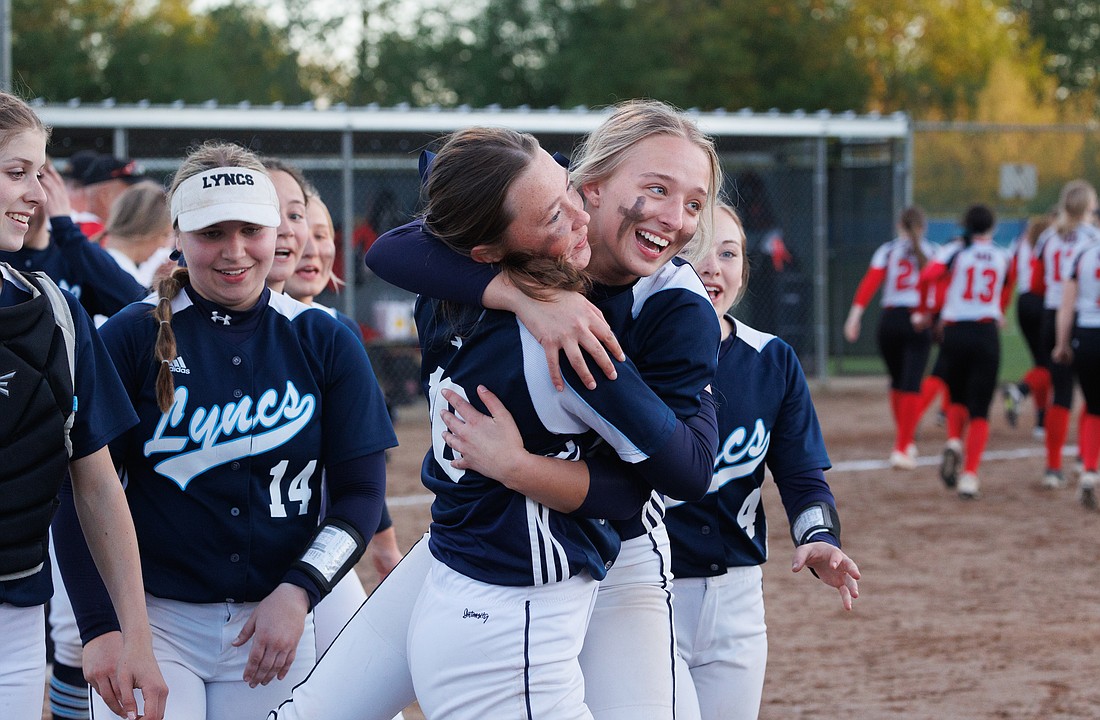 SEDRO-WOOLLEY — The first full day of the 1A District 1-2 softball tournament is in the books and Lynden Christian is looking to play spoiler.

After winning their first game of the day, the Lyncs moved on to play Mount Baker in the semifinals which they had lost to 16-10 in the regular season.

Lynden Christian upended Mount Baker this time around, beating the Mountaineers 12-7 to secure a spot in the bi-district title game Saturday. Here’s how each Whatcom County team fared Thursday.

Grady Hoekema gets a lift from Zach Dykstra as he tries to get a ball out from the net covering spectators during softball games at Janicki Fields on May 19 in Sedro-Woolley. (Andy Bronson/Cascadia Daily News)

The Northwest Conference top seed and realistically the top seed in the tournament, Nooksack Valley, cruised to two wins Thursday to earn its way into the title game Saturday.

At this point in the season, Nooksack Valley head coach Tom Harmon said the team isn’t worried about outcomes, they’re focused on the process.

Nooksack Valley's Renae Hoekema beats the throw to home plate as the Pioneers beat Blaine at Janicki Fields on May 19 in Sedro-Woolley. (Andy Bronson/Cascadia Daily News)

Up next for the Pioneers will be Lynden Christian at 1 p.m. Saturday in the bi-district title game. The winner will move on to state and the loser will drop to the consolation final with one last chance to earn a state bid.

The Lyncs played spoiler not once, but twice Thursday to earn their way into the title game.

Against Cedar Park Christian in the first round, Lynden Christian’s offense lit up the scoreboard to upset the Eagles 11-1.

The only break the offense took lasted about an hour while the teams were between games because the Lyncs picked up right where they left off heading into game two of the day against Mount Baker. 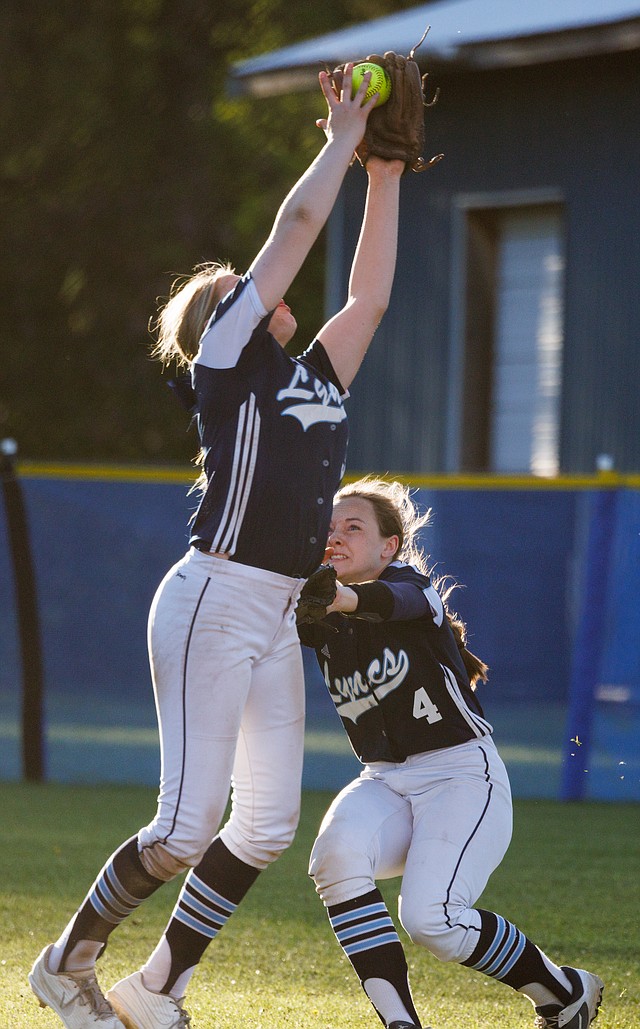 “[Rosenburg] walked a couple girls which we’ve tried not to do, but she also had a couple three-ball counts and came back and got some strikeouts,” Mount Baker head coach Ron Lepper said. “That’s her first no-hitter, so it’s pretty cool.”

Mount Baker's Taite Reardon is tagged in a rundown by Lynden Christian's Megan Smit as the Lyncs beat Baker 12-7 at Janicki Fields on May 19 in Sedro-Woolley. (Andy Bronson/Cascadia Daily News)

The Mountaineers’ flipped the script in the second game as they fell behind to Lynden Christian and had to find a way to crawl back into the game.

The Mountaineers had some fight in them, cutting the Lyncs’ lead down to two runs in the fifth inning, but Lynden Christian responded immediately, getting three of those runs back to push the lead back up to five.

Mount Baker will play Granite Falls at 11 a.m. Saturday in a consolation game. The Mountaineers will now have to win three straight games, all loser-out, to earn a trip to state.

Notching a win in the first round against Granite Falls meant meeting up with Nooksack Valley, one of the best teams in the state, in the second.

Blaine played well against Granite Falls, jumping out to an early lead it would never relinquish, but Nooksack Valley proved why it has the potential to make a deep run at state next week as the Borderites lost to the Pioneers 12-1.

Now in the consolation part of the tournament, Blaine will have to win three consecutive loser-out games in order to qualify for the state tournament.

The Trojans earned their way into the first round by beating Sultan 15-0 in a play-in game.

It’s been a tough go all season for Meridian and having to play the Northwest Conference champion to open the tournament wasn’t exactly a gift. 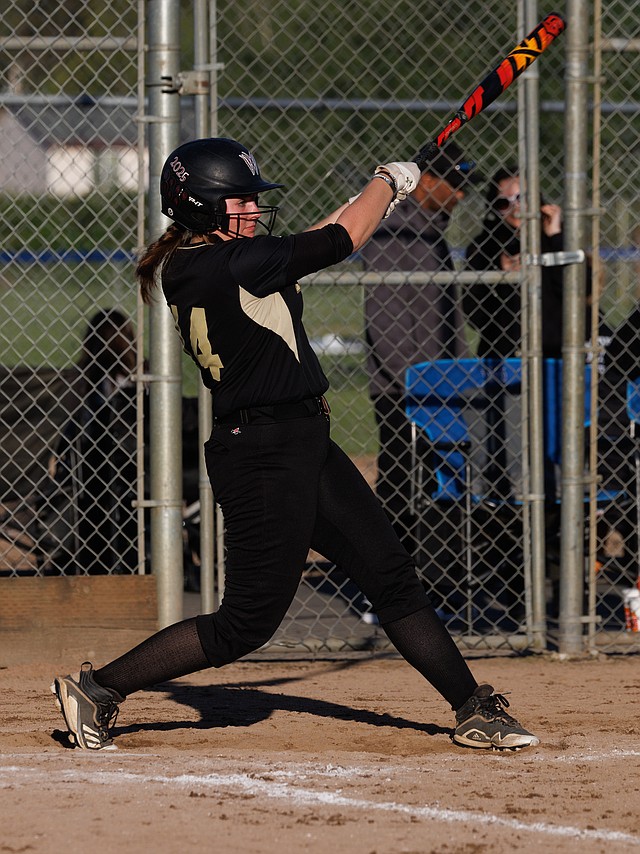 Meridian’s Sydney Tenkley gets a hit as Meridian lost to Granite Falls at Janicki Fields on May 19 in Sedro-Woolley. (Andy Bronson/Cascadia Daily News)

Meridian lost in five innings to Nooksack Valley and didn’t have better luck in the consolation round against Granite Falls.

The Trojans’ loss to Granite Falls put an end to their season. Meridian finished with a 3-18 record.