What's the deal with: The Bellingham Karate Church of Elf Defense? 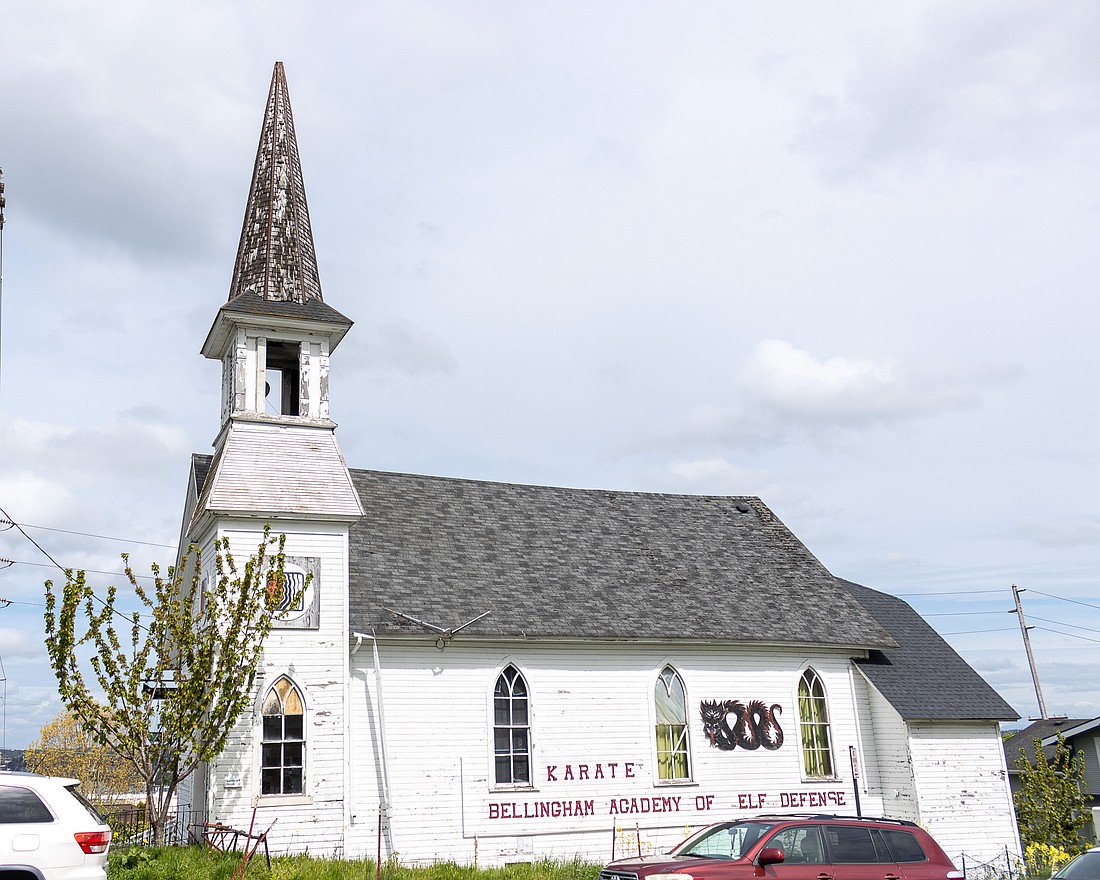 The building lovingly known as the Bellingham Karate Church of Elf Defense, on the corner of East Maple Street, has lived a lot of lives since it was built in 1889.

The building’s initial occupants, the congregation of the First Presbyterian Church of Bellingham, didn’t last long in the facility. They moved out just 20 years after it was built, and only six years after the four neighborhoods — Sehome, Whatcom, Bellingham and Fairhaven — unified. (They’re still nearby, though — just one block west.)

In 1973, the “church,” still complete with a steeple and a faded white façade, found itself with a new occupant: the Bellingham Academy of Self Defense.

Like the church congregation, the karate dojo didn’t last, and in 2015, the city’s Alternative Library took up residence. The Bellingham Alternative Library has a collection of more than 9,000 books, specializing in independent media, art books and alternative cultures, according to its website.

Since the Alternative Library moved out in December 2019, the space has been converted into a community center, hosting classes and events, including a monthly flea market.

The name represents all of the building's former occupants; a hodgepodge of Bellingham history all under one roof.