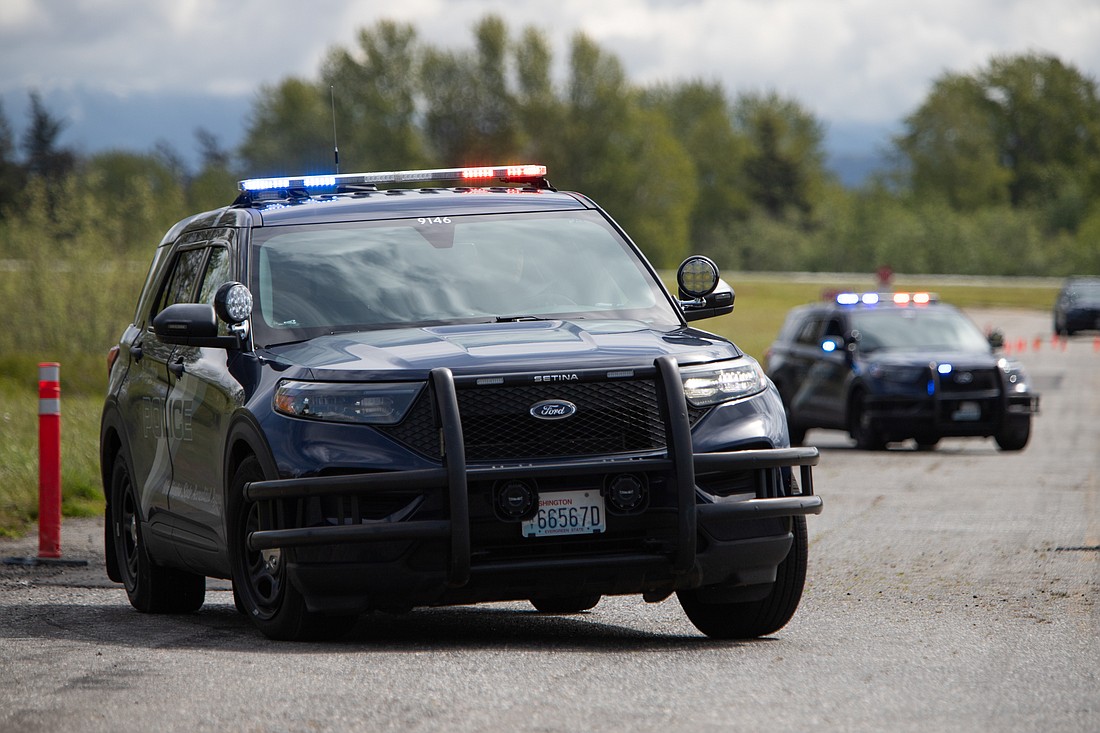 The Bellingham Police Department held its annual emergency vehicle operations training on the old runway of Bellingham International Airport on May 13.

At the training, officers reviewed updated rules and laws regarding vehicular pursuit and other driving operations. From there, the officers split into groups and joined different training cadre to practice driving skills. 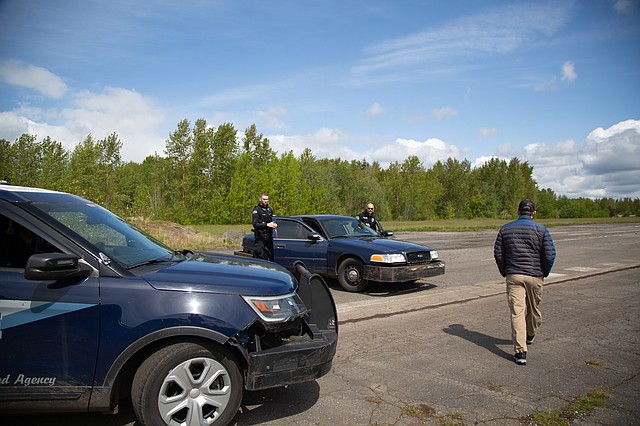 Police officers load up into a beat-up cruiser and another vehicle to practice pursuit intervention technique (PIT) maneuvers. In the maneuver, officers pursue a vehicle and bump the back corner of the bumper, causing the fleeing vehicle to spin out, lose traction and stop. The goal is to demobilize the other car and is used to stop a potentially violent suspect. (Hailey Hoffman/Cascadia Daily News) 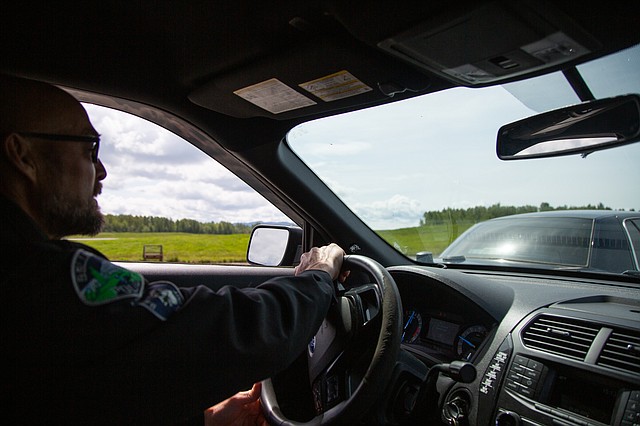 Officer Jeremy Woodward bumps the fleeing vehicle, causing it to spin out and stop during the drill. The officers did laps around the runway, practicing bumping and maintaining control of their own vehicles. (Hailey Hoffman/Cascadia Daily News) 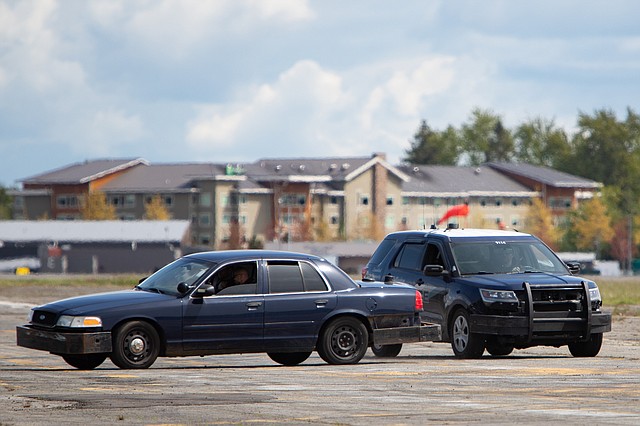 The fleeing vehicle, left, spins to a stop, while the pursuing police cruiser serves to avoid the stopped car. (Hailey Hoffman/Cascadia Daily News) 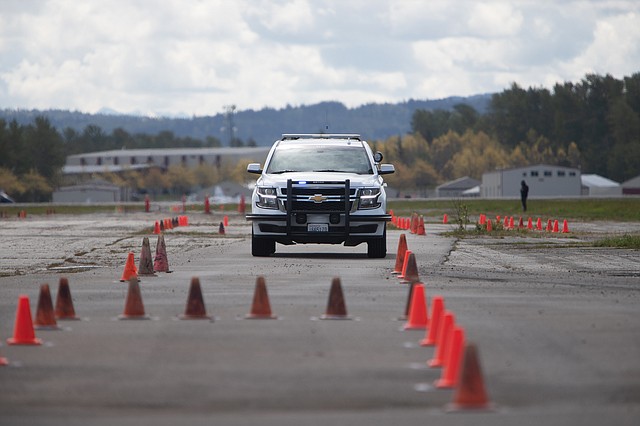 A police car navigates a series of orange cones, requiring the driver to react and make short stops and tight turns. Officers zoomed around the course at speeds between 25 mph and 60 mph. (Hailey Hoffman/Cascadia Daily News) 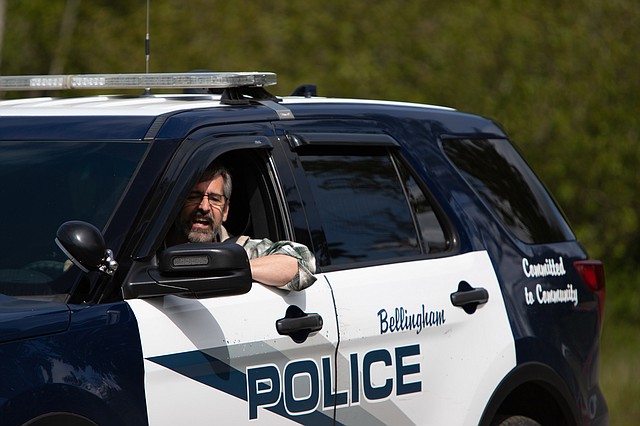 Bellingham City Council member Michael Lilliquist uses the side mirror while weaving backward through a series of cones in the police department’s backing drill. City council members were invited to watch the department train and to get behind the wheel and navigate the courses. (Hailey Hoffman/Cascadia Daily News) 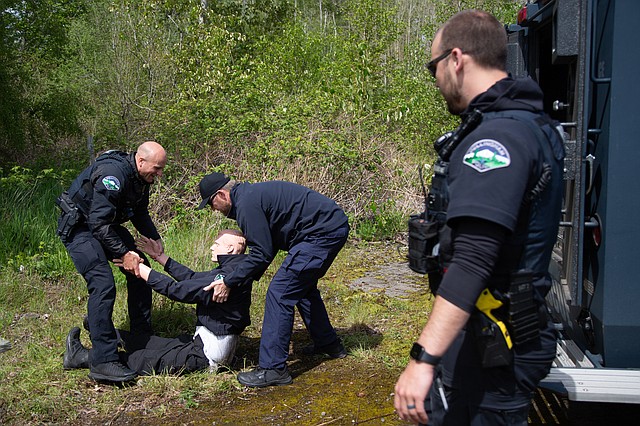 Officers lift a mannequin used in their emergency response drill with their Tactical Armored Vehicle. They practiced driving and backing the bulletproof, nearly-indestructible vehicle in between the mannequin, the downed officer, and an orange cone, the threat. The department uses the vehicle, the Bearcat, on weapons calls and incidents of civil unrest because it is heavily armored and can be used as a shelter, a barricade and for safe communication through an intercom. (Hailey Hoffman/Cascadia Daily News) 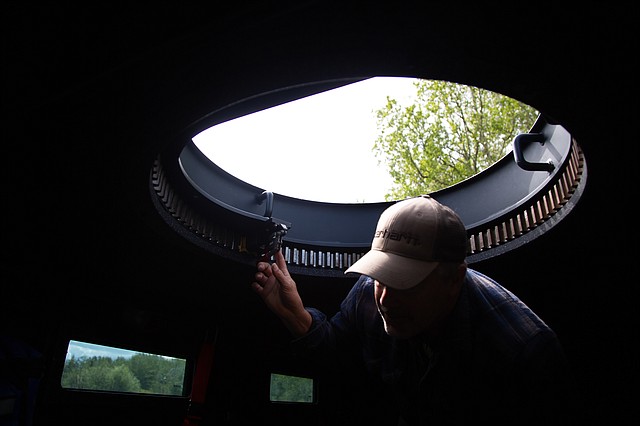 Officer Jeff Hinds ducks down from the hatch in the roof of the Bearcat. The hatch provides a tactical advantage, allowing officers a higher view and to be protected by the door which swings up. (Hailey Hoffman/Cascadia Daily News)