NHL playoffs a stark contrast to the regular season 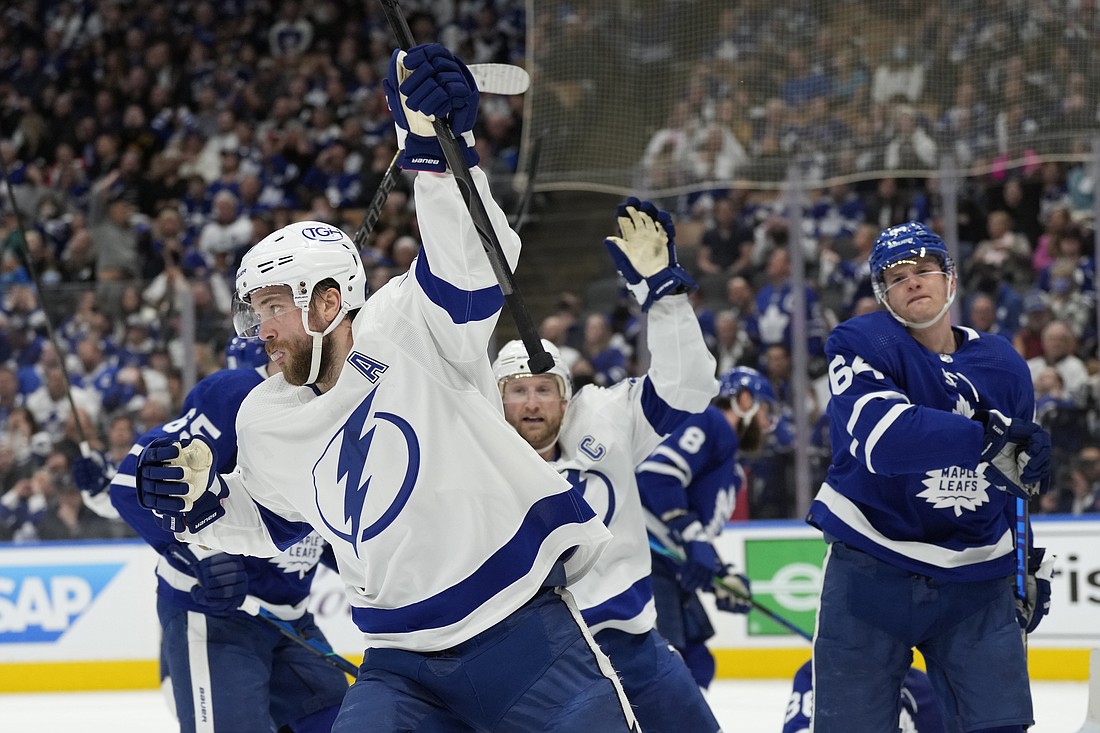 Turns out a two-goal lead is the safest lead in the first round of the NHL playoffs.

A three-goal lead? Insurmountable. Fall behind at all in a game? Well, good luck.

The first week of the NHL playoffs has been a stark contrast to the regular season that was full of multigoal comebacks and furious finishes. The team that scores first has won an astonishing 26 of 32 postseason games. Only one team — Pittsburgh — has erased a deficit of more than a goal. And 14 games have been decided by two or more goals (excluding empty-netters).

And there have been plenty of those, too.

“In the first period, you can turn it off, which is somewhat unfortunate and somewhat unexpected,” back-to-back Stanley Cup-winning Tampa Bay coach Jon Cooper said. “This is an aberration for me because, to me, in a sport that has the greatest two months of playoff action that any sport can deliver, this has probably been one of the more underwhelming playoffs we’ve seen.”

Underwhelming perhaps game to game, with just three going to overtime through Monday and just two others decided by one goal at the final horn of the third period. But six of eight series were tied at 2 through four games — matching the most in league history in a single round. 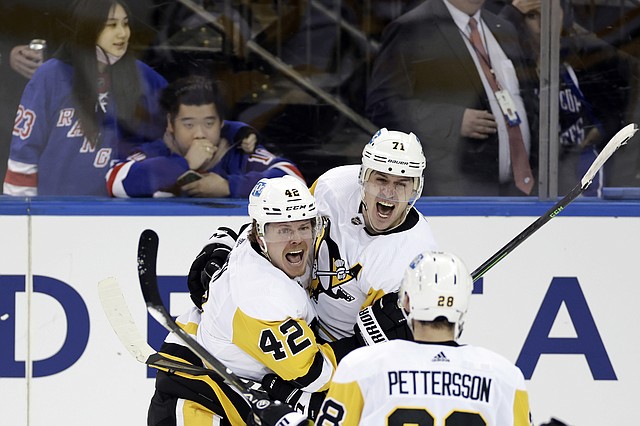 An increase in penalty calls and power-play goals combined with the quality of teams involved has contributed to an uneven start to the playoffs following a regular season that featured 42% of games resulting in a comeback win of some sort. Every team but the Philadelphia Flyers rallied from two-goal deficits, while teams overcame three-goal margins 19 times.

“Good teams know how to close out games,” Boston coach Bruce Cassidy said Tuesday. “In the regular season, you’re just not as dialed in and you have some teams that just don’t do it that often. This time of the year, guys know what needs to be done: You’ve got to manage the puck at the blue line, you have to be willing to get in the shooting lane, you might have to take a punch in the head. I think it’s just what you do in the playoffs.”

With the notable exception of the rough-and-tumble Dallas-Calgary series that more closely resembles old-school playoff hockey, goals are not hard to come by. Scoring is even up compared with the regular season: 6.5 goals per game compared with 6.2, which was the highest since the salary cap era began in 2005.

How goals are being scored is drastically different, however.

Almost a quarter of all goals have come on the power play, up from 19% in the regular season. The league reported 78% of goals during the season came at even-strength — tied for the second-highest since the expansion era began in 1967 — compared with just 62% in the playoffs.

Asked why so many games have been lopsided, Pittsburgh defenseman Kris Letang said: “We see a lot more power plays in the postseason than we used to in previous ones. Maybe that’s one of the factors.”

The 8.22 power plays per game is a significant increase from the average of 6.39 over the past five playoffs and the 5.78 during the regular season. That’s a direct result of more minor penalties being called: More than 10 per game, up from under 6.5 during the season.

That has made a strong power play and penalty kill even more important than it typically is this time of year.

Take Colorado, for example. The Avalanche scored a playoff-leading seven power-play goals on 16 chances on the way to sweeping the Nashville Predators and becoming the first team to move on to the second round.

They are the exception so far. Even though the combined score of games has been 156-54, empty-net goals have inflated the margins and made a lot of close games look like they got out of hand.

“You can throw the scores out,” Minnesota coach Dean Evason said midway through his team’s series against rival St. Louis. “Every game has been close. There’s been a separation once the end of the game is finished, but I can tell you from our end of the games that we’ve won, they’ve been tight right to the end.”

The viewership numbers back that up. Turner Sports said ratings are up nearly 50% from last year and 2019 and ESPN last week also reported an increase in eyeballs on playoff hockey.

Close games haven’t meant a lot of comebacks, though. Known for being the “Comeback Cats” during the season, the Presidents’ Trophy-winning Florida Panthers have done it just once, though it came at a crucial time to even their series against Washington.

Falling behind just isn’t a recipe for success in the first round, which could be explained by all eight teams in the Eastern Conference putting up 100-point seasons and most of the West being even.