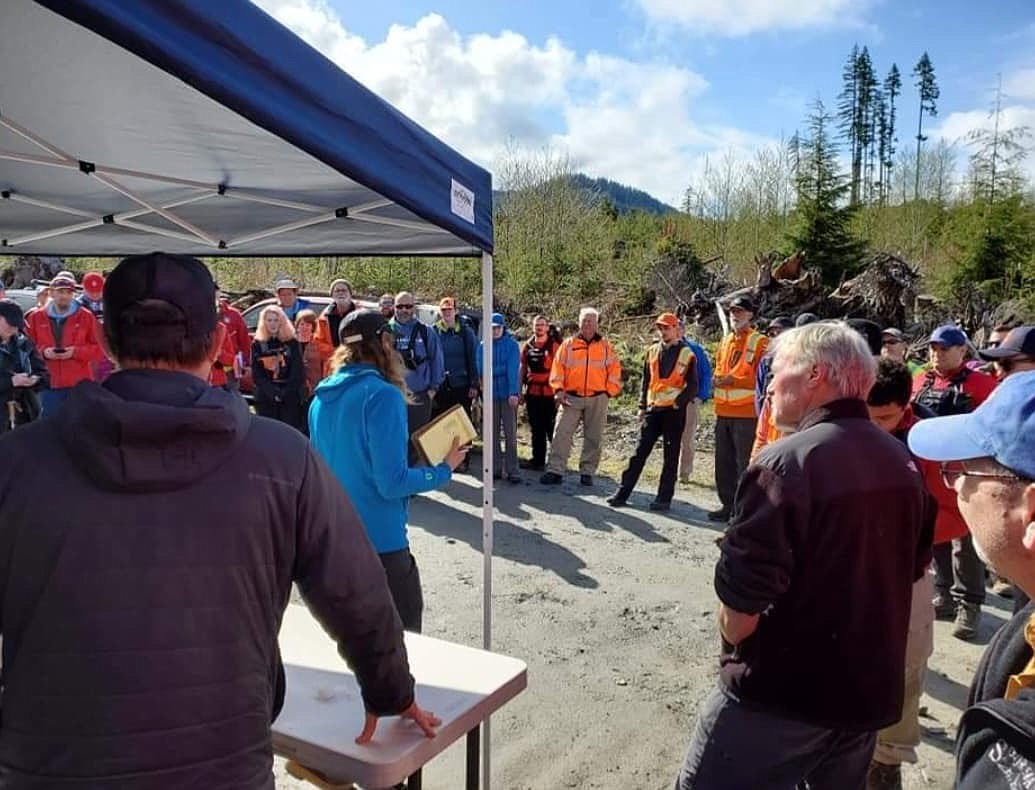 More than 75 volunteers from Whatcom, Skagit, Snohomish and King counties gathered in late April and early May to search for Hans Perrin, a 39-year-old local who went missing April 28. (Photo courtesy of Jim Peeples)
By JULIA LERNER
Staff Reporter

Perrin was last seen around 9:20 p.m. April 28, according to a Facebook post shared by the Whatcom County Search and Rescue Council, one of the groups that participated in the search.

His truck was found parked around mile 4 of the Saxon logging road, an unpaved street used by logging crews. His dog was located around mile 3 of the road, and his keys were found by the riverbank less than a mile down Thousand Puddles Trail.

More than 75 volunteers from around the state searched for Perrin in early May, relying on drone teams, dog teams, 4-by-4 units and ground personnel, according to the county’s SAR Council Chairman Ryan Johnson.

Volunteers have not been able to locate the 6-foot 4-inch, 300-pound man despite the efforts.