A recipe for a bestseller

Like the heroine of her much-anticipated debut novel, "Lessons in Chemistry," longtime Seattle resident Bonnie Garmus' success arrives after decades of work and study. (Photo courtesy of Dain Rhys Evans)

Longtime Seattle resident Bonnie Garmus has come out with a very popular novel. The subject of a ferocious publishers' auction in the United States and abroad, “Lessons in Chemistry” has leapt onto bestseller lists.

It has been selected for the Good Morning America Book Club, and Garmus, now living in London, has been interviewed by KING-5, NPR and everywhere in between. The book is beloved by readers and critics alike — including a starred review from Kirkus (and Kirkus is stingy with their stars). The world of fiction has what appears to be a genuine phenomenon on its hands.

It's easy to see why this book has become such a smash. Elizabeth Zott, our heroine, is a ferociously determined young chemist seeking the secrets to the creation of life — abiogenesis, as Zott will have it. But she has the misfortune to be a woman in the 1950s, and Zott suffers all the indignities one might imagine of a woman in her profession at the time. Her mentors at UCLA mock her, assault her and, eventually, eject her from the university without a Ph.D. 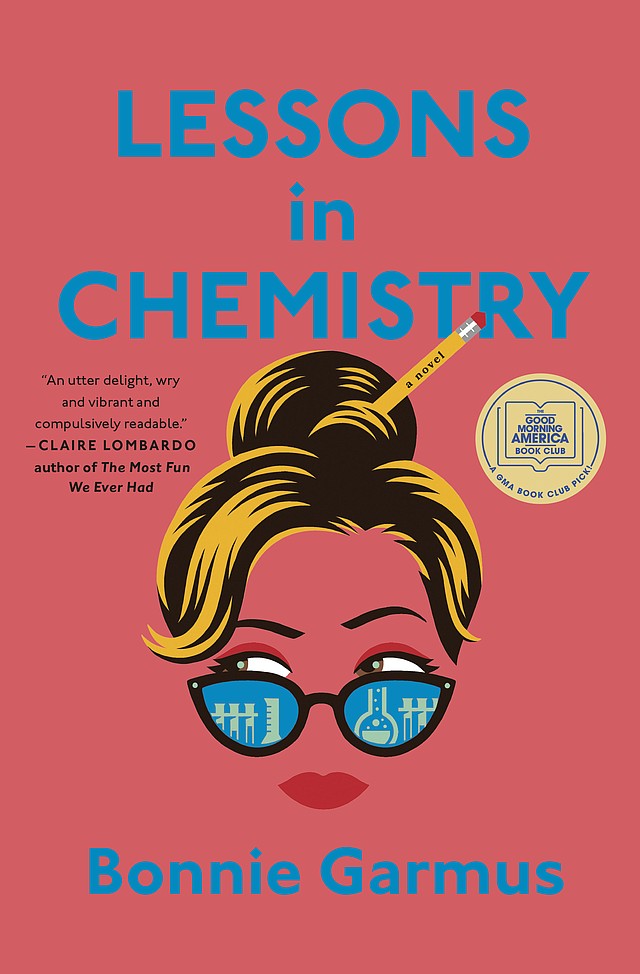 Elizabeth Zott, the heroine of "Lessons in Chemistry," is a ferociously determined chemist, but has the misfortune to be a woman in the 1950s. No matter: Bonnie Garmus' heroine is brave, original and completely unafraid. (Photo courtesy of Penguin Random House)

Life in the industry is not much better. Zott's colleagues at Hastings Research Institute mistake her for a secretary, and when they realize she's a brilliant scientist, they steal her work and claim it as their own. When she becomes pregnant while unmarried, she is fired. Never mind that she's the best, most innovative chemist at Hastings. She's a lady, and there's the moral question to consider. And when she suffers a terrible personal loss, she is left truly alone in a world built by men, for men, with no place for a woman of her sort.

But Garmus' heroine is brave, original and completely unafraid. Zott rallies, recommits (as one of her mantras goes) and, ultimately, she has her revenge. And who doesn't love a great story of revenge, especially one driven by righteous anger?

A single mother, desperate to make ends meet, Zott becomes rich and famous as the accidental star of a cooking show — but Zott is a chemist, and hers is a cooking show only a chemist could imagine. She insists a scientific tone be maintained on air. The kitchen is a laboratory. Salt is called sodium chloride. A pie crust is a “starch, lipid, and protein molecule configuration.” Eggplant is bitter because of its high concentration of phenolic compounds. All of this is to say: the work of women — if it must be seen as women's work — is important, complex and serious. It's a welcome message to the women of her era, and Zott quickly becomes a beloved national figure.

It's a recipe for a bestseller, one might say, especially because the book itself is not serious in tone. In fact it's often pretty funny. Told in a jaunty, episodic fashion, Garmus gives us the awkward bumbling of Zott's romantic life and the cartoonish buffoonery of the men in Zott's profession.

And then there's Garmus' own uplifting story: At 64 years old, this is her debut novel. “Lessons in Chemistry” arrives after decades of work and study — including a long-ago class at the University of Washington extension school in which Garmus was an intelligent and dedicated student of mine. Garmus' story, like Zott's, is a gratifying tale of perseverance, good humor, and, as is often the case, a 20-year journey to overnight success. And as with Zott, we can't help but feel happy for Garmus.

But I also can't help wishing that a novel this popular, and therefore influential — the television rights have already been acquired by AppleTV+, with Brie Larson playing Elizabeth Zott — was a little bit better. Because “Lessons in Chemistry” is, from a purely technical standpoint, a pretty clumsy and unsophisticated book. Witty, and very good-natured, but windy and ill-proportioned. Unlikely coincidences and ridiculous accidents abound. Characters lack nuance. Good people begin as righteously good and are eventually seen as such by everyone. Bad people are very, very bad, and are eventually punished for their badness.

Attentive readers will catch echoes of Roald Dahl's books for children: idiotic adults yelling in ALL CAPS, cruel villains felled by convenient heart attacks, a brilliant 4-year-old who reads Dickens. And there is, what seems to me, an altogether too-rosy view of how humanity really works.

The fans of Zott's cooking show are educable, open-minded, welcome a challenge and are happy to do hard work because it is interesting. They are, in a word, imaginary. One wishes they weren't. And so the book is, ultimately, a fantasy. Not just a revenge fantasy, but a golden vision of what it would be like if people were actually a little smarter, a little more decent, a little more determined to make the world a better place.

No wonder it's such a hit.