In with new trees, out with invasive species 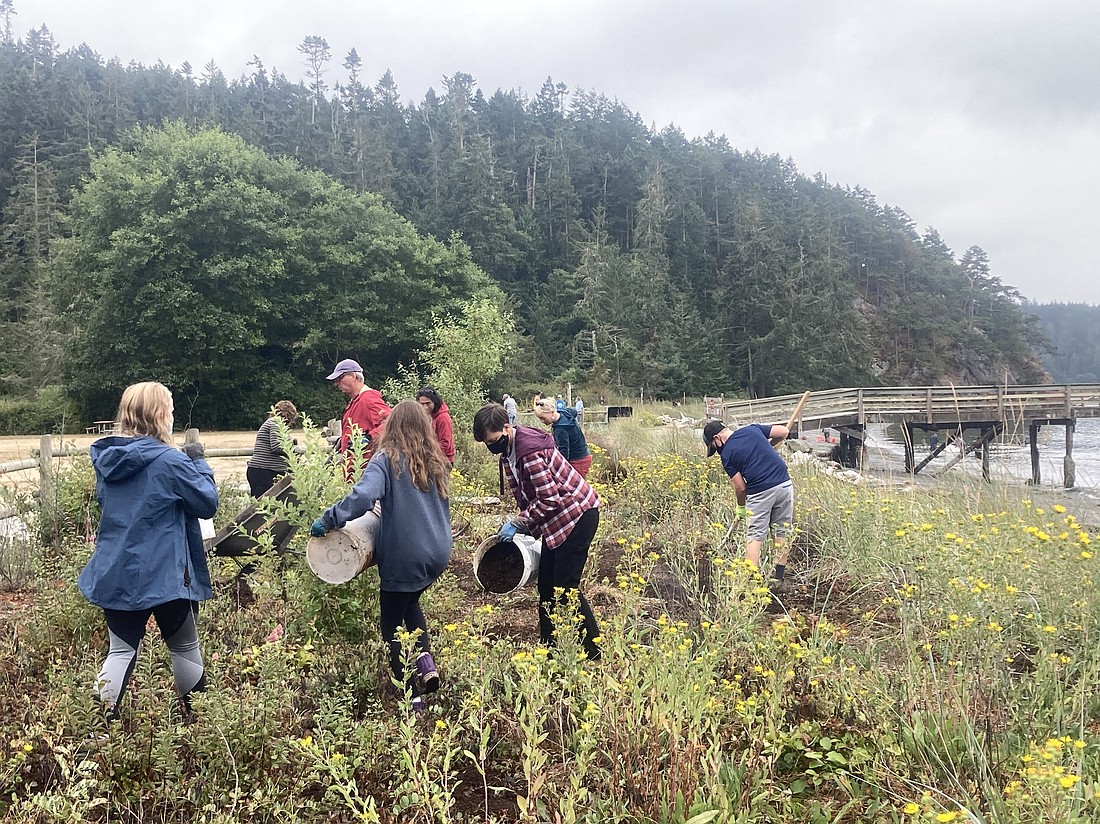 The region has been inundated by plants like Japanese Knotweed and blackberries, which can overwhelm and kill native species and damage local habitats.

“[We’ll] treat those invasive species and then replant the site,” Airoldi said. “With the riparian plantings, we’re aiming to make sure that there’s a tree canopy cover and a viable, native, diverse plant community that’s going to support habitat not only for the fish, not only for salmon, but for the birds and other animals, too.”

The Coal Creek watershed project will restore about 1.5 acres of land along the creek, which was damaged in last year’s floods. Airoldi said the creek has steep slopes leading into it, and last year’s floods caused more land to erode.

At the Coal Creek watershed, the group will plant around 700 trees and shrubs.

“As those establish over the next three to five years, they’ll start to form a canopy that’s going to shade out some of those invasive species and as those native plants get established, they’ll be able to make a self-sustaining riparian forest,” Airoldi said.

Volunteers will help repair another 2.1 acres at the Lake Samish watershed project, planting more than 1,500 native trees and plants.

The 1,500 plants will do more than support the natural riparian zone and water quality.

“Over 80 years, the estimate is that there’ll be 22 million gallons of runoff avoided from that site, and in the bigger picture, in terms of climate change, 17 million pounds of carbon sequestered, according to the United States Forest Service,” Airoldi said.

The long-term environmental impacts of the restoration are key to the Department of Ecology when funding smaller projects like this.

“We look at the expected environmental benefits, local support involvement, budget and cost-effectiveness of each proposal,” said Curt Hart, a spokesperson for Ecology. “This time, we also considered environmental justice and climate change in our criteria.”

The state Husseman Grant awards were announced Tuesday, May 10.

Ecology was able to fund around 15 projects this year, including three in the Northwest Region, which includes Whatcom and Skagit counties.

The funds for the Husseman Grants come from water quality penalties, which Ecology issues quarterly. This year, the department has issued more than $680,000 in environmental penalties, though only some are related to water quality.