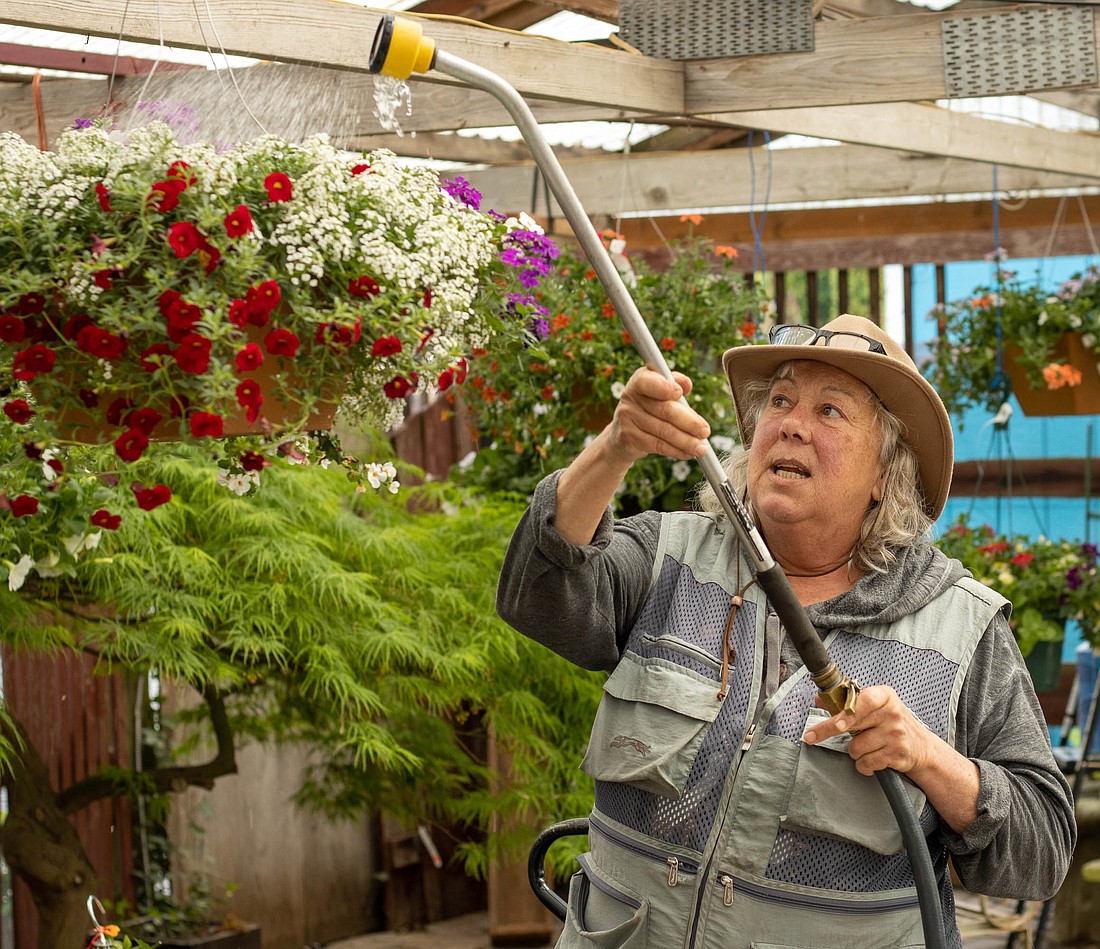 Nestled in the northern reaches of Bellingham is Kent’s Garden and Nursery, a historic business that has been serving the community for over 40 years. Kent’s was opened and operated by Kent Gerard in 1976 and since then, there have been only two other sets of owners. The newest owners, Isaac and Laurie Burrous, purchased the nursery in February this year.

Former owner Nancy Henshaw started her job at Kent’s in 1989. Originally just a way to pay the bills, Henshaw fell in love with the nursery and remains an employee today.

“The minute I got my hands in the potting soil, I was in love with it. And I knew that there was nothing else I wanted to do. So, I just became an employee and worked for Kent for 10 or 11 years,” Henshaw said. 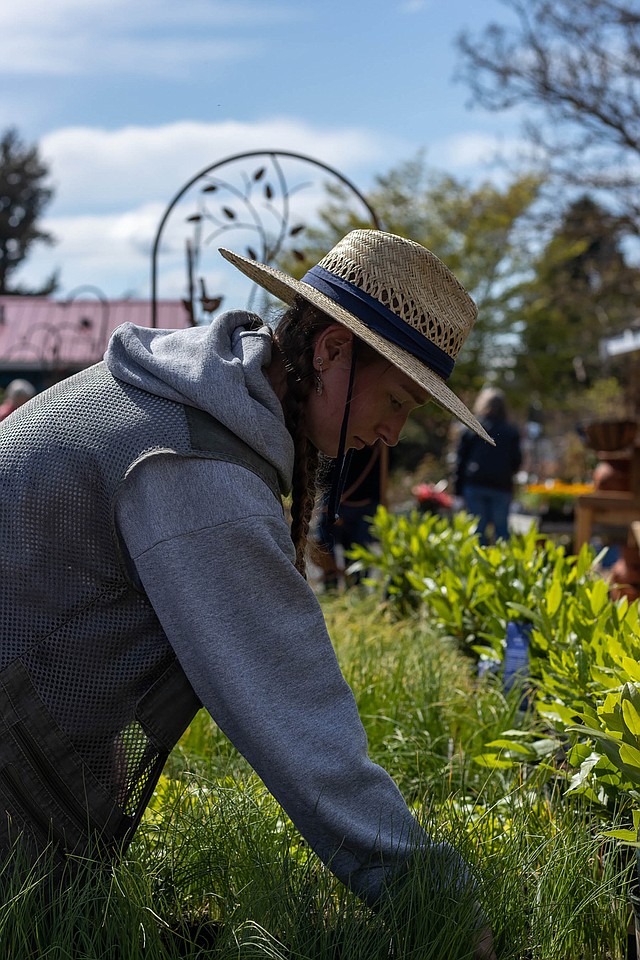 Kailin O’Neal organizes new vegetables. O’Neal has been working at Kent’s for almost a year and is interested in learning as much as possible about plants. (Noah Harper/Cascadia Daily News)

Gerard retired in 1999 after running Kent’s for over a decade. Henshaw and her business partner, Ginny Crump, bought the nursery and began to implement their own vision, turning Kent’s into what it is today.

“Kent’s had real basic landscape plants. Ginny and I wanted to get more into perennials, veggies and annuals,” Henshaw said.

Henshaw and Crump also changed the overall atmosphere of the nursery.

“We put more of a destination feel to it. We fixed up some of the buildings that were real wholesale looking, just did some large plantings and gave it a new facelift,” Henshaw said. “Before, everything was on the ground. We did not have any tables; everything was sold off the ground.”

The improvements Henshaw and Crump made during their tenure turned Kent’s into a staple nursery in Whatcom County. Over the years, it has built a community of regulars and longtime employees. 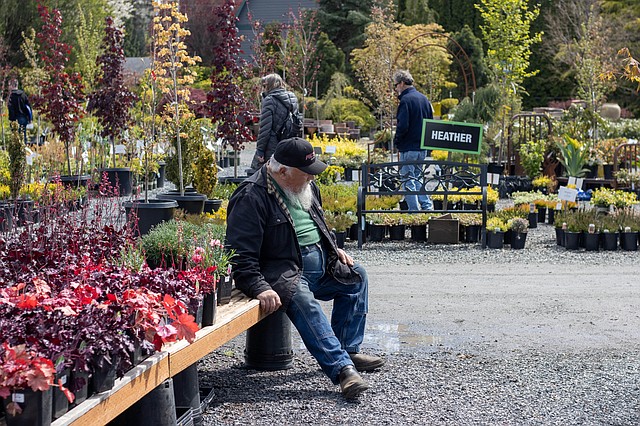 Dave Herrick sits as his wife shops for plants. Herrick and his wife have been coming to Kent’s for 20 years. (Noah Harper/Cascadia Daily News)

Dave Herrick has been shopping at Kent’s with his wife for 20 years. The sheer size and variety of plants, plus the expert knowledge of the employees has kept him coming back for two decades. Regular Kevin Hoirup and his wife live in Lake Stevens, but that doesn’t stop them from making their annual visit up to Kent’s.

“About four years ago we were looking for something to do on my wife’s birthday. So, we went and looked at a bunch of nurseries up in this area and Kent's nursery is one of a couple that we really enjoyed when we came up here. Now every year we make a trek up here,” Hoirup said. “It's almost a vacation day for us as much as it is a shopping day.”

After 23 years, Henshaw and Crump passed the torch to Isaac and Laurie Burrous. While only a few months into their ownership, the Burrous’ have begun to introduce their own ideas.

Lynn Pearson has been working at Kent’s for almost 20 years. She thinks the Burrous’ fresh ideas will only help Kent’s grow.

“I think Isaac and Laurie are ready to go to the next level with a little more online presence, a little more marketing and some more classes, especially now where we are in the pandemic, we can do more of those things,” Pearson said.

However, the community-centered environment that has been cultivated over the last 20 years is not going anywhere. 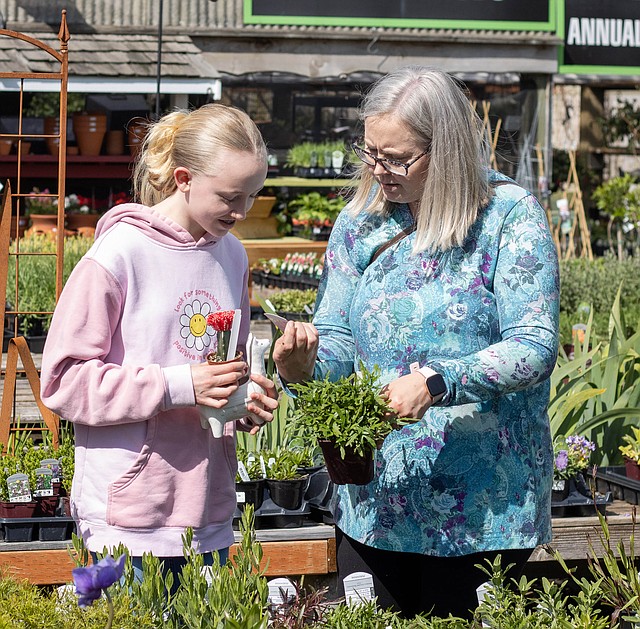 “Continuing as much of the community goodwill, focusing on taking really good care of our employees and taking care of our customers is number one, as well as the quality of plants,” Isaac Burrous said.

The Burrous’ also want to focus on community education with Kent’s Events, which will feature different speakers and education for all skill levels.

At the heart of the Burrous’ decision to buy Kent’s is a love for family.

“Laurie and I have a couple of kids and we've talked a lot about wanting to be able to implement them into our lives and work lives. And, this is a great place to have kids,” Isaac Burrous said. “When the opportunity came up, I was like, (we) got to make it happen.”

“We have worked a ton over the last 20 years and to be together, and to bring our kids into it — that is just huge,” Laurie Burrous added.