In a pandemic world, can 'Cascadia' thrive? 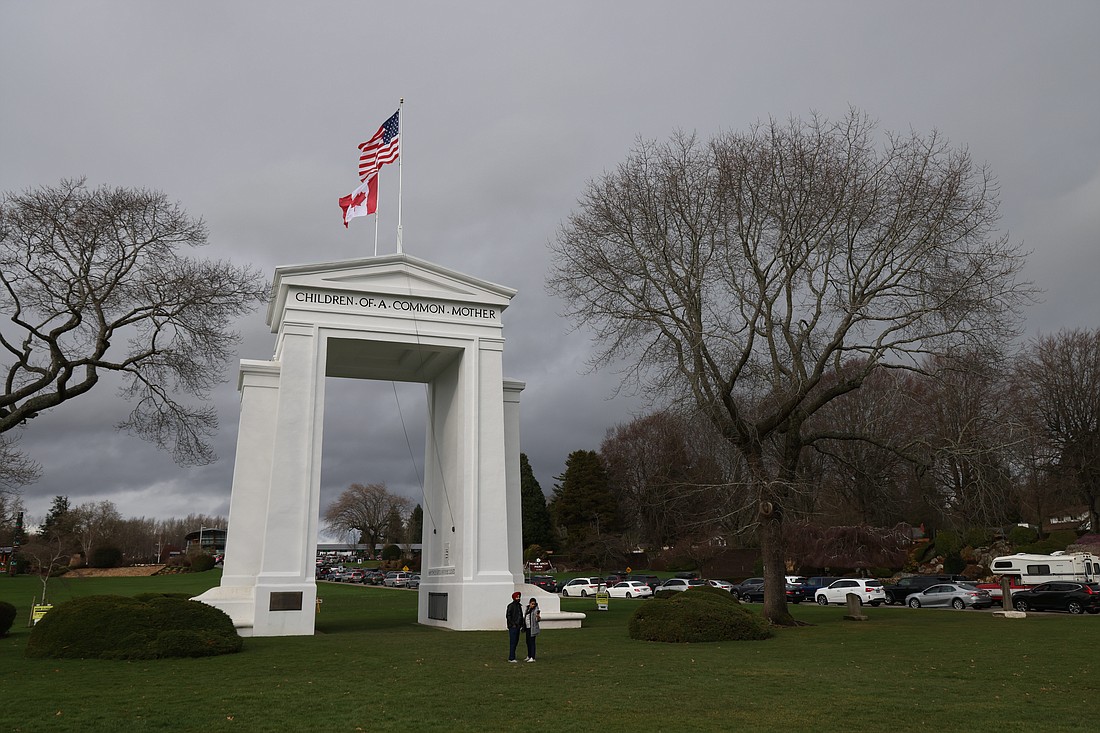 If mirth can be found in despair, a bit of it seeped through the cracks as Whatcom County soldiered through the early stages of the pandemic: “At least,” the local tongue-in-cheek wisdom went, “we can park at Trader Joe’s now.”

The reference was to border restrictions — barriers to entry slapped on international crossings once considered routine by residents of Northwest Washington and British Columbia. When the pandemic struck, both nations, in panic mode, slammed shut long-open doors with border-crossing barricades that have existed in various forms ever since.

Net effect: Border traffic reduced to near zero for many months, and even now after loosened rules, limping along at half the pre-pandemic level. All of which places what, for our region, qualifies as a critical question squarely on the table: Can the fabled notion of “Cascadia,” a functional, green-focused, trans-border eco-cultural-business region even exist in a pandemic era?

We shall see. But the politics behind the closures push in the opposite direction.

Public health, with a politics chaser

The premise of border shutdowns was public health, but the length and severity of restrictions was fueled by nationalism and nativism, border observers say. History is likely to view them as a knee-jerk reaction, the pulling up of the drawbridge to protect the locals from disease-ridden foreigners, who have been God knows where.

We have sadly been there, done that, before.

The unprecedented shutting of the border to most common folks — definition: those not driving a truck laden with commercial goods — might have had some yet-unproven health benefits, Trautman said. But the sentiment fueling them allowed them to linger longer for a simple reason: While broadly unpopular in border communities, they proved to be popular national politics.

“Americans and Canadians both really favored this nationalist sentiment,” Trautman observed. The impacts of course were not immediately felt in D.C. or Ottawa. “We’re the ones who felt it.”

The closures, which Trautman called a “9/11 moment” in border terms, struck a blow to the notion of the B.C.-Washington community even more dramatic than that 2001 shutdown and subsequent slow recovery in crossings, she said. They would previously have been considered “unthinkable” by border observers.

This was about timing, all of it bad: The pandemic struck in an era of political rancor between the two nations, owing to belligerence in the Trump White House, that left the two nations not only ill-prepared to cooperate in a crisis, but seeing political gain in refusing to do so.

To respond appropriately, the two nations’ border managers needed a functional border policy accord at the federal level, Trautman said. It didn’t exist. Worse, on the U.S. side, the Centers for Disease Control and Prevention kept issuing conflicting and confusing statements about safe travel, a problem that lingers today. The way the closures played out — in a lather-rinse-repeat series of 30-day extensions of an original, flawed premise, didn’t help, either.

Meaningful research on the public-health effectiveness of the closures has only recently begun, and — surprise — more on the B.C. side. Those lessons will be important moving forward. But the economic impact of the border shutdown produced its own obvious surprises.

Firstly: Northwest Washington did not wither and die economically with few Canadian shoppers regularly stocking up on cheap milk, gas and other consumer goods. Non-newbs will recall this was a fate literally promised by local Chamber folks in pre-pandemic years: Don’t even think, let alone joke, about doing anything to tighten that sales-tax spigot, they squealed.

And then the spigot closed tight and what happened? Short-term chaos, for sure. Businesses in some sectors closed. Others adjusted. Some thrived. But two years later the buildings and most of our local institutions still stand, and in some sectors are even thriving during an era of economic recovery.

The temptation is to call those doomsayers dunderheads and move on. But it’s a lot more complicated, Trautman and other smart border watchers said. The pandemic-related sales tax receipts can’t be viewed in isolation; they are not a single data point on a two-axis chart that suddenly veered off course. The entire chart was blown up by COVID-19, which restacked social and business priorities in both nations.

To wit: “All of the sudden you could live in Bellingham and work remotely. It helped ameliorate the impact.”

That worker mobility has been a boon not only to Bellingham but the entire region. Home prices soared in the city through the pandemic. And housing starts are by far the leading driver of economic recovery in Blaine, a true border town that has seen construction permits go “gangbusters,” with the city by the end of April seeing applications for almost 80% of new homes it had forecast for the entire year, City Manager Michael Jones said.

Add to this a general consumer spending frenzy and the “rubber-tire tourism” — travelers visiting Whatcom and Skagit Counties and the San Juan Islands. And let’s not forget the veritable truckloads of federal pandemic relief aid dumped upon local governments and regional infrastructure agencies.

Which still leaves the open question: Whither Cascadia?

A regional dream on hold

A lot of local people, including those who produce a newspaper bearing the name, hope not. But Trautman pointed to dark clouds.

The closures surely have created new business links that don’t require physical border crossings, she noted. But culturally, we’re all losers without that previous (real) face time — the glue behind the notion of Cascadia, which has always been a practical, grassroots dream of the region, not national political hacks.

“In terms of cultural cohesiveness, if you’re not interacting and talking with each other, exchanging ideas, that gets tested a little, the idea of ‘Cascadia,’” Trautman lamented. “That’s where we have to be a little more intentional.”

She's right: It won't happen without paddling, hard, against existing political currents. Only public pressure will allow the sort of federal interaction needed to open doors to local creativity that has long defined the region.

A lot of it happened after the 9/11 closures, which spawned the Trusted Traveler program and other reforms. The question, Trautman asked: “Are we going to innovate together again?”

A lot is riding on it, and not just economics. Families and relationships born of an open border have been tested and strained. Because of their clunky and confusing nature, which continues today (anyone want to help out with this “ArriveCAN” app?) border restrictions writ large “have been devastating to a lot of people: businesses, relationships, general peace of mind,” Trautman believes.

“We can do better than that in the United States and Canada.”