'Based on current rates, we can't fund these programs' 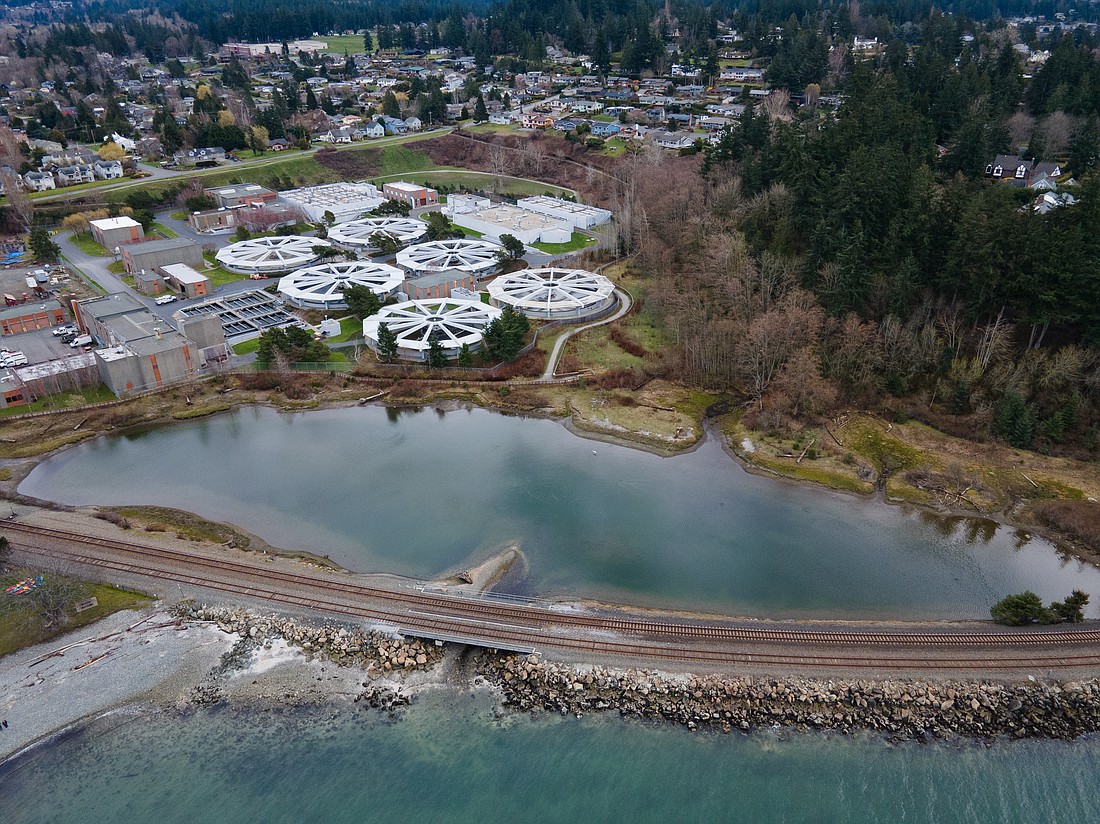 Bellingham residents should expect to see unprecedented sewage rate hikes — about 16% per year through 2029, with additional smaller annual increases over the following decade — to pay for an overhaul of the city's waste management system.

The net effect could be an increase of 228% in inflation-adjusted monthly rates over two decades, a consultant's report presented to the City Council Monday shows. Current monthly rates of around $50 a month for individual households could quadruple, the report indicates.

The Post Point Wastewater Treatment Plant will undergo major changes in the coming years as the city transitions the waste management system to anaerobic digesters.

Council members voted Monday to support the city’s application for a Water Infrastructure Finance and Innovation Act (WIFIA) loan from the U.S. Environmental Protection Agency, which will help cover the initial costs of the project. The loan will cover up to 49% of the estimated project costs and has a $100,000 application fee, which the council approved unanimously during Monday’s meeting.

The city hopes to combine the WIFIA loans, bonds and rate hikes to cover the project costs, now estimated to be around $259.8 million with another $40 million in related construction projects.

“The numbers for this project are huge,” council member Michael Lilliquist said Monday. “The way this system works, ratepayers, you and I, will need to fund these improvements, and based on current rates, we can’t fund these programs.”

The council opted to move ahead with the anaerobic digester plan in April, offering little clarity on how the costs may impact city ratepayers.

Bellingham consumers could see rates hiked more than 220% from 2022 to 2039, with initial prices increasing around 16% per year through 2029, and 5.5% annually for another five years through 2034, consultant Gordon Wilson told the council's Public Works and Natural Resources Committee Monday. That would be followed by a 2% increase in 2035. 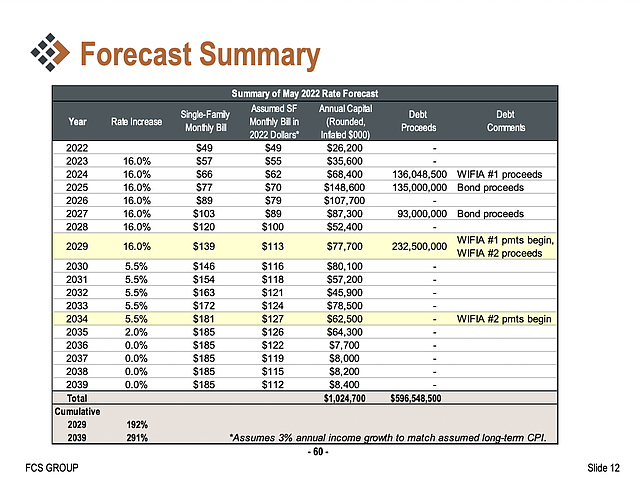 Bellingham residents could see significant rate hikes on their sewage bills over the next two decades. (Graphic courtesy of the FCS Group)

“Bellingham is ahead of the curve in terms of putting actual numbers to it,” said Wilson, a senior program manager at the FCS Group. “You’ve done some real planning so we can put it on a schedule and look at the rate impact.”

Those impacts will be significant and perhaps unprecedented.

“I don’t know, in the history of Bellingham, if they’ve had such a substantial rate increase over, theoretically, a short period of time,” council member Lisa Anderson said. “This is going to be a huge sticker shock for the consumer, and it’s going to be painful for a lot of people.”

This story was updated to clarify the breakdown of annual estimated rate increases expected to be required for wastewater treatment upgrades.