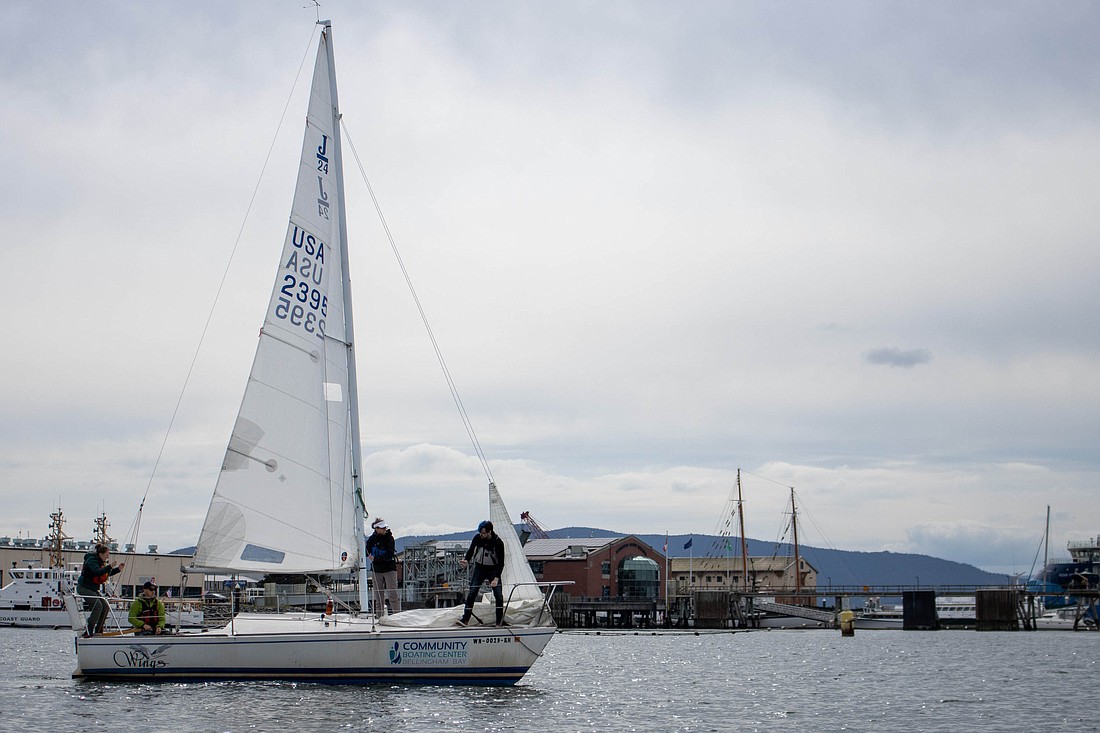 While some businesses struggled during the pandemic, the Bellingham Bay Community Boating Center saw a boom. The boating center, or CBC, was teetering on financial demise in the beginning of the shutdown, but after reopening its doors in July 2020, it saw an influx of community members using its services to get out of their homes.

Bryan Rust was appointed executive director of the CBC in 2020 and thought the nonprofit would need to shutter.

“I thought my first move as the director would be to lay myself off and put the organization into hibernation,” Rust said. “But I think we realized pretty quickly how valid our work was in those times when people were suffering so much emotionally.”

“Now we're selling out of everything we offer pretty much, so it's been a pretty amazing period of growth,” he added.

Rust said due to this growth, the CBC might be expanding. The Port of Bellingham approved the CBC’s new lease expansion and the first thing they are looking to do is fundraise to build some much-needed bathrooms and changing facilities. Currently, the CBC only has port-a-potties which do not support the numbers and needs of their visitors and classes.

Rust also said the Port of Bellingham is moving forward with a project to build a new dock next to the existing boat launch that will expand access to the water.

Deborah Dempsey, a lifelong mariner who recently retired from being a Columbia River bar pilot, along with other local small watercraft enthusiasts, created the CBC in 2006 as a hub for locals to access the water.

Their goal was to not limit who can get on the water no matter their level of education or financial or physical condition. The 501(c)3 nonprofit opened its services to the public in 2007. From its boathouse on the bay, anyone can rent small watercrafts such as paddleboards, kayaks, rowboats and small to midsize sailboats. Dempsey is still involved and on the board of directors as the treasurer. 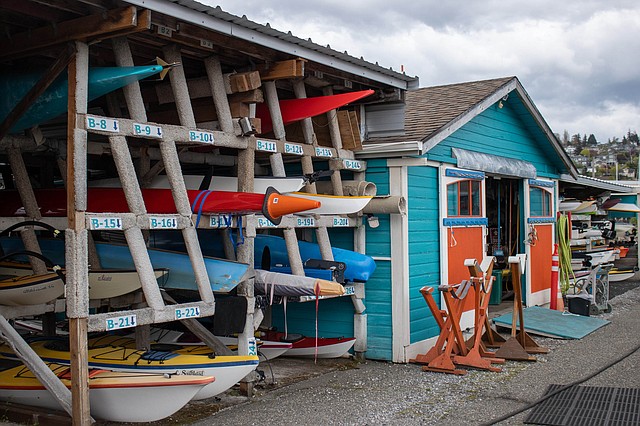 The Community Boating Center offers rentals for kayaks, rowboats and paddleboards. Prior to renting any equipment, users must pass a skills test and get signed off by staff. (Noah Harper/Cascadia Daily News)

Renting out equipment is not the CBC’s only function. It hosts a variety of youth and adult educational classes and programs that teach visitors how to use the available equipment and watercraft. The CBC also hosts after-school programs for middle school students to learn to sail.

Many of the CBC’s events are free or can be funded through scholarships, and it’s looking to more than double the amount of free programming it gave out last year. The youth internship program sponsored six teens to become certified U.S. sailing instructors. Once they pass their courses, they will be on payroll and support the CBC as apprentices.

CBC partners with other community groups like Vamos Outdoors Project, Mercy Housing, The Max Higbee Center, Growing Veterans and more to introduce the local community to Bellingham Bay and foster a safe place to learn and recreate.

The staff has a wide variety of specialties and skills that enhance their work at CBC. Lucy Greenley, an environmental science intern at CBC, will be taking samples to study bioluminescent species during a bioluminescence tour.

Sara Welsh, CBC assistant director, previously worked around the globe as a marine scientist and developed a marine education program for the Ritz-Carlton with renowned explorer, Jean-Michel Cousteau. Welsh has made it a goal to implement a marine science curriculum into every experience at the CBC.

“A big portion of my job is empowering other people, and so it's been really cool to see different people walk in with different skillsets or expertise or interests,” Welsh said. “It's so important to have a diverse staff because everyone has their different viewpoints on the world, and it helps us to be a better community center because we're serving as many people as possible.”

After teaching watersports and recreation in Puerto Rico, Rust moved back to Washington and served as a director of programs at Sail Sand Point in Seattle where he taught people how to sail and leveraged those experiences into a recreational therapy program for people with cognitive, physical and emotional disabilities.

Eventually, Rust moved to Bellingham, the first place he learned to sail, to run the CBC after spending the last 10 years developing experience in water sports communities around the world.