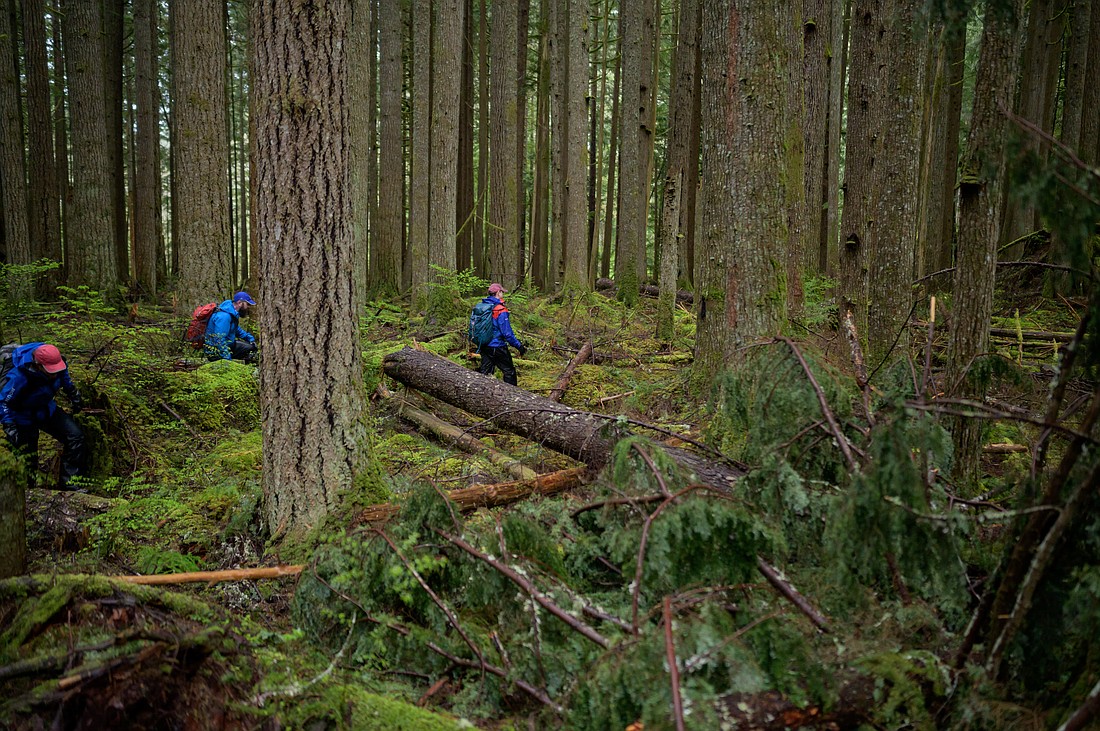 More than 75 search and rescue volunteers from around Washington gathered over the weekend to search for Hans Perrin, a 39-year-old last seen Thursday evening near Acme.

Perrin was last seen around 9:20 p.m. April 28, according to a Facebook post shared by the Whatcom County Search and Rescue Council.

“On April 29 around 7:30 am, deputies responded to the dead-end of Saxon Rd for a suspicious circumstances/welfare check,” Slater said. “Loggers reported finding an unoccupied vehicle parked in the middle of the gravel logging road. Deputies checked the residence of the registered owner. The home was locked and unoccupied.”

His truck, found around mile 4 of the Saxon logging road, was found parked in the middle of the unpaved street. His dog was found around mile 3, and his keys were found along the riverbank about three-fourths of a mile down Thousand Puddles Trail. A Facebook post shared by the Whatcom County Search and Rescue Council said Perrin may have been heading toward a cable crossing.

For now, the search continues for the 6-foot 4-inch, 300-pound man with drone teams, dog teams, 4-by-4 units and ground personnel, according to the county’s Search and Rescue Council Chairman Ryan Johnson.

Though the SAR teams haven’t located Perrin yet, Johnson said the truck, the keys and the dog are “good clues.”