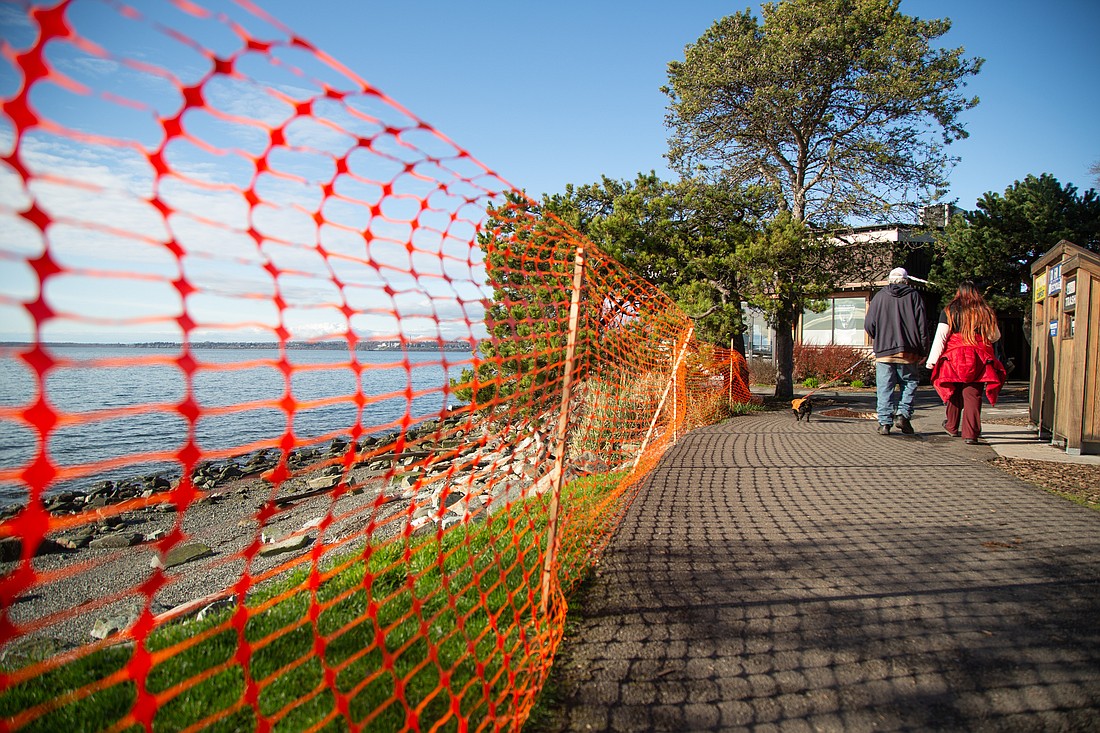 Storms and high tides are tearing into the south end of Boulevard Park, and Bellingham City Council agreed Monday to pursue a $500,000 grant to build a protective barrier and a public beach.

The city would use property tax revenue from the Greenways program to cover the rest of the estimated $1 million cost of the beach restoration, from Woods Coffee south to the Pattle Point Trestle.

Wind-driven waves are quickly washing away the south end of the park, enough to undercut a section of the paved path. Parks staff recently installed plastic safety fencing along the edge of the path.

The work planned for the park’s south end is an extension of the restoration project completed north of Woods Coffee in 2013.

The city spent a little more than $500,000 that year to build an armored beach that has prevented erosion on the park's north end.

“We didn’t have the funding to do this lower beach area, and it is now eroding,” city parks Director Nicole Oliver told the council on March 28. “It’s quite alarming.”

“We’re experiencing some really significant high tides down at Boulevard, and a lot of erosion,” Oliver added, “and this area of the beach is just not protected.”

As with the 2013 project, the proposed Boulevard Park restoration will account for projected sea-level rise due to climate change.

A provisional design for beach restoration at Boulevard Park’s south end was drawn up in 2012, Oliver said, but the design will need to be reconsidered before work can begin.

“This may look like carefully placed large rocks along with the addition of shoreline beach gravel,” parks Project Engineer Gina Austin said in an email.

The City Council voted 6-0 Monday to apply for a $500,000 grant from the state Recreation and Conservation Office, with council member Dan Hammill absent.

If the grant is approved, the new beach will be built in 2023 or 2024, depending on permit approvals, Austin said. 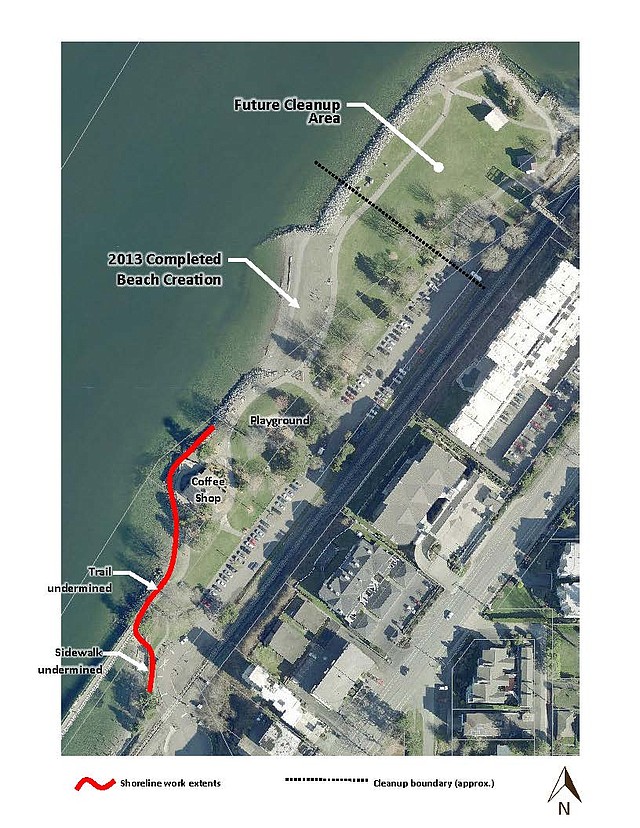 The red line shows the section of Boulevard Park shoreline affected by erosion. A proposed beach restoration would protect the park from damage. (Map courtesy of Bellingham Parks and Recreation Department)
Have a news tip? Email newstips@cascadiadaily.com or Call/Text 360-922-3092