Beyond the kitchen: Maikham chef shares her journey 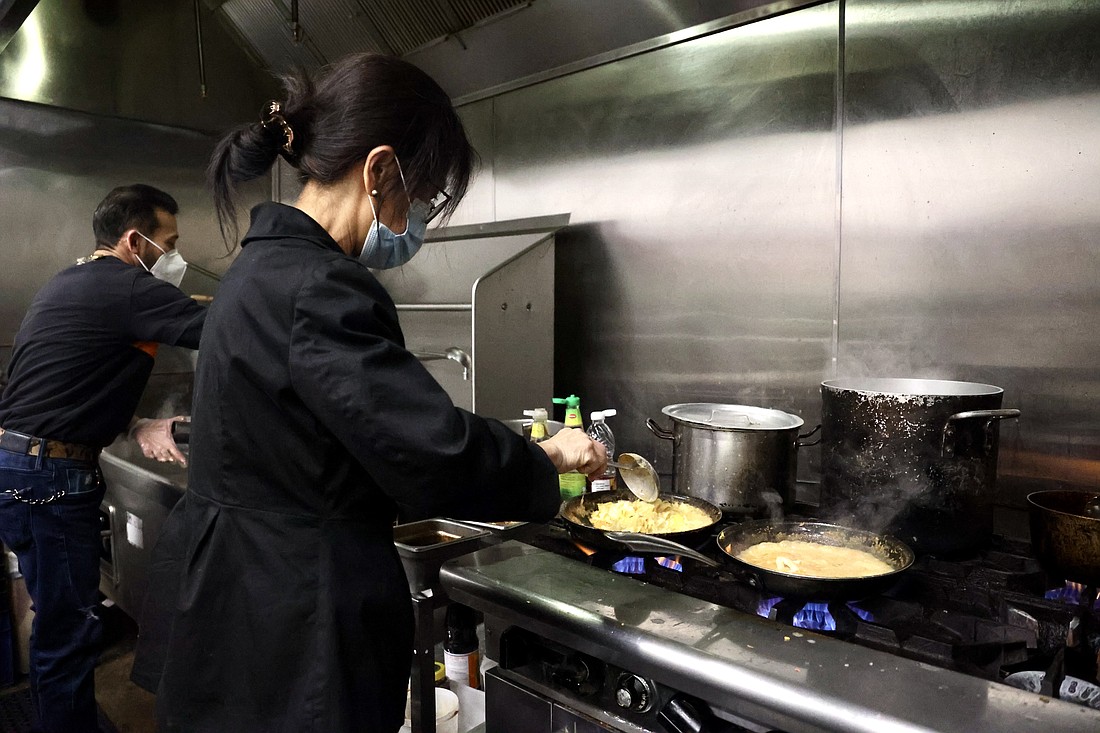 She spent decades learning to cook in Thailand from her mother and the mothers of her friends. But before moving to the United States, her homegrown skills were a hobby, second to her work as an interpreter for the U.S. Embassy and to her Bangkok antique shop. Even so, Klimo has always loved cooking.

“I love food, and I think food brings happiness to people,” Klimo said. “Or maybe it's the sugar.” 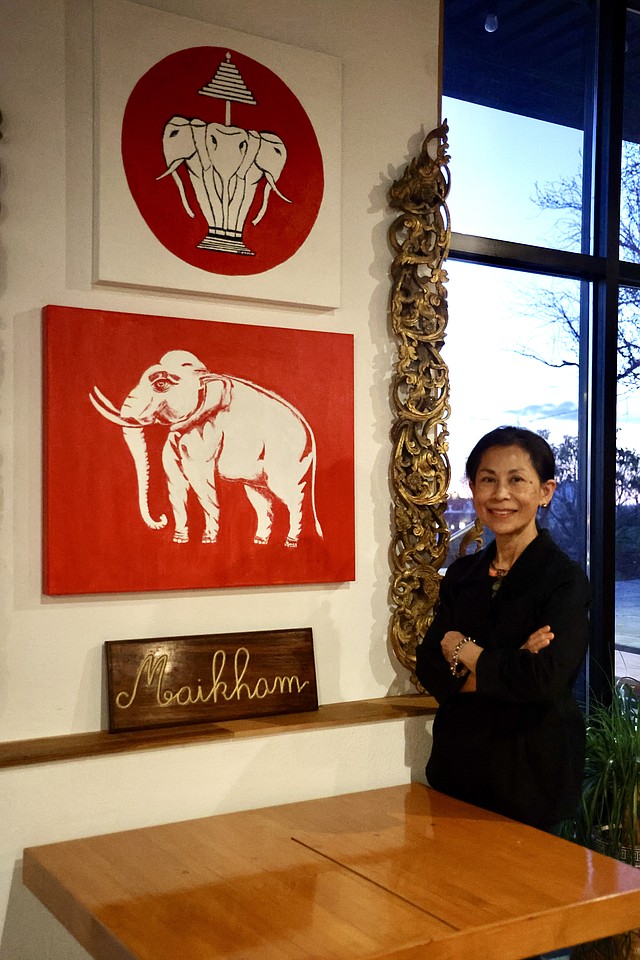 Klimo, 60, grew up in Udon Thani in Northern Thailand. Whenever Klimo returned home from Catholic boarding school, she would help her mother in the kitchen.

“I’d run to the backyard to grab cilantro, onion, basil — which just grew along the fence,” Klimo said.

After graduating with a bachelor's degree in marketing from a Bangkok business school in 1985, her work with the embassy took her to Thailand’s northeast border where she helped resettle refugees who had fled communist rule in Lao, Vietnam and Cambodia.

In the small border towns, Klimo collected antiques and befriended villagers. She began exporting their handicrafts to high-end San Francisco shops, such as Gump’s and Smith & Hawken. In 1990, she opened an antique and textile shop in Bangkok.

But when she met her future husband, an American stockbroker who was working in Thailand, she abandoned the business ventures and, in 1995, moved with him to San Francisco where they married.

“When you fall in love, wherever the other half of you wants to go, you say, ‘OK.’ So, I just came to America,” Klimo said.

Her husband’s job took them to Wisconsin, Colorado and finally back to northern California, where the “Curry Queen,” as Klimo was known to colleagues and friends in Thailand, soon impressed her Bay Area community.

As a chef for the Marin Agricultural Land Trust, she created dishes from farm produce for classes and special events. She also catered friends’ weddings and parties from her home kitchen.

Klimo had two children, and working independently allowed her to be a full-time mom while making money on the side.

It wasn’t until Klimo and her husband relocated to Bellingham in 2012 that she decided to open a restaurant.

She started on North State Street, where a restaurant had just closed in 2014. With a loan, Klimo bought supplies from the failed business and opened Maikham.

Klimo and a skeleton crew shared the roles of cook, cashier, server and dishwasher. The business was built from scratch, she said, just like her cooking.

Maikham means “golden silk” in Thai and Lao and was the name of Klimo’s antique shop in Bangkok. The name is a tribute to her love of arts and artisan crafts, including silk, which historically was made from thinly stretched gold woven for the royal families of Thailand, she said.

Klimo’s life took a detour three years after opening Maikham. Her lease for the State Street location ended, and she was struggling with the divorce from her husband of 22 years. She took the opportunity to heal.

“My heart was so broken,” Klimo said. “When you try to perform your best, like cooking or whatever, if you have sadness inside it's really hard to focus.”

She threw herself into intense barre workouts that Klimo said she attended seven days a week. She didn’t look for work because, at almost 60 years old, starting fresh would be difficult, she said. And then there was her tardiness.

“I cannot work for anybody because I'm always late,” Klimo said, recalling how her boss at the embassy used to say she would be late for her own funeral.

After several months, Klimo realized she needed to pull herself out of the funk and find purpose beyond her exercise routine.

“As a woman, you cannot let whatever — the sadness or things of other people — pull you down or cover you or dominate you,” Klimo said. “You have to have your own identity and dignity.”

She began hunting for a new location for Maikham.

Driving through Fairhaven in late 2017, Klimo spotted a sculpted orca breaching the side of a building on 12th Street. She felt an immediate connection to it.

“I just fell in love with the Orca Building because I used to be a scuba diver when I lived in Thailand,” Klimo said.

Though she didn't technically qualify for the lease, she shared her story and cooking background with the realtor, hoping to show she could bring something different to Fairhaven. 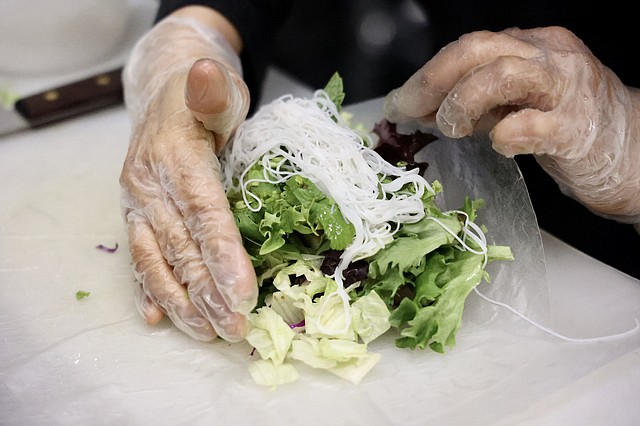 “My food is not burger, neither pizza,” Klimo recalled telling the agent. “It’s Thai and Lao cuisine, and we try to use organic, local and sustainable as much as we can.”

The agent approved her application. Klimo said she had created the restaurant of her dreams once Maikham reopened in July 2019 — even with doubts about whether there was enough money left to buy food.

About six months later, the COVID-19 pandemic led to a ban on indoor dining.

Burdened by debt and facing an uncertain future, Klimo stood strong. She stayed open and kept on all her staff, who she viewed as family.

“I could call her for anything knowing that if I really, really needed something that she would be there,” said Leslie Horton, who has been a server at Maikham for more than two years. 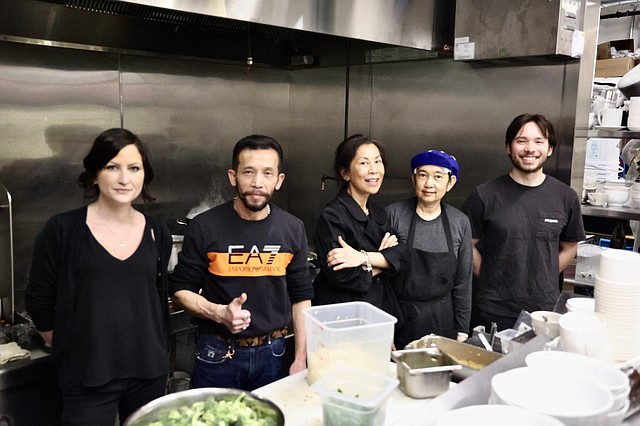 Patrons did what they could to help, Klimo recalled, grateful tears filling her eyes. One customer paid for advertising for Maikham, and another offered money to help cover rent.

With business increasing this spring, Klimo delights in bringing people together again over food. Dine-in customers can glimpse remnants of her former life displayed along Maikham's perimeter: An antique teapot, a handwoven basket, a carved wooden panel.

Just like the lustrous silk for which it was named, Maikham glimmers on the Bellingham restaurant scene because of Klimo's perseverance.

“Never give up,” she said. “Anything in your life, when you start it, go to the end.”