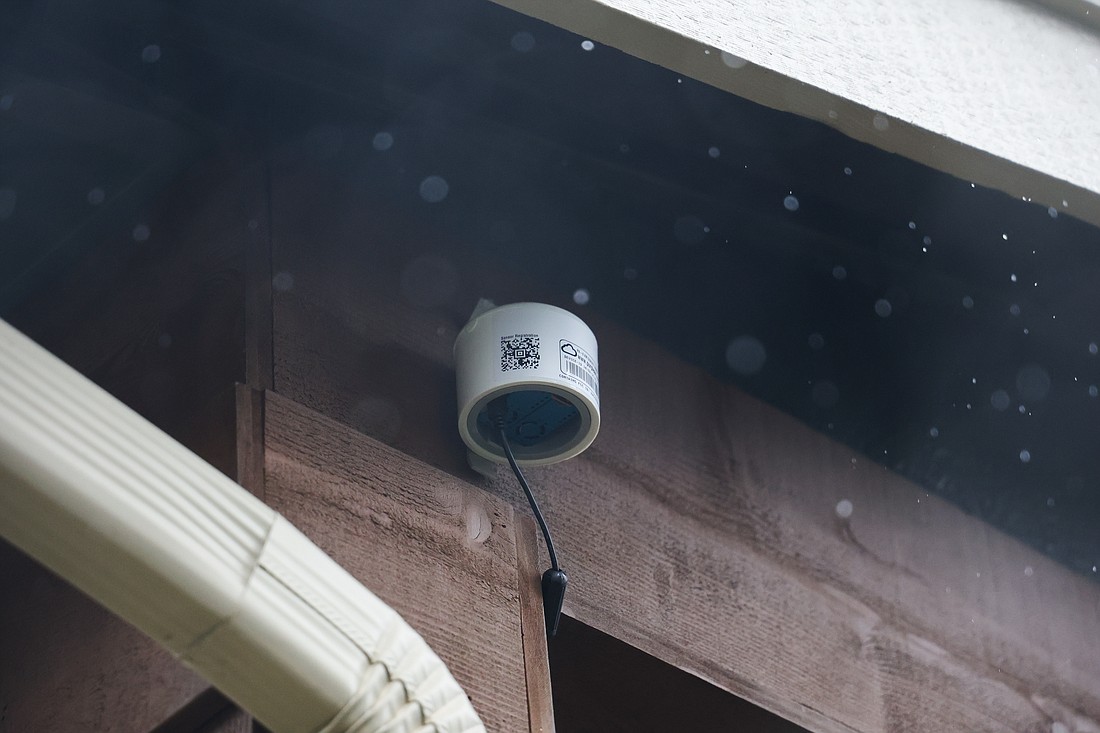 The agency has placed more than a dozen sensors around Whatcom County, tracking fine particulate matter, like smoke from wildfires or outdoor burning.

“They give us a better look at air quality,” explained NWCAA's communications manager Seth Preston. “We're starting to utilize them a little bit more.”

The sensors, which provide almost-real-time air quality updates, are pretty simple, but update with new data every 10 minutes, more often than the NWCAA's expensive stationary monitors, which update only once per hour.

Preston says the sensors don't provide as much detail as the agency's full-fledged air monitors but are still useful for monitoring air quality.

“The sensors are like a double check for us,” he said. “We can judge the accuracy of the data we're seeing from the PurpleAirs when it comes to these fine particles.”

PurpleAir sensors are available for anyone who wants one, not just federal and state agencies. Once set up and online, the sensor will automatically feed data into a national map. At the time of publication, more than 50 sensors were online in the county, many of them at local schools and homes around Bellingham and Ferndale.

Many of the sensors were placed by “citizen scientists” interested in collecting data and participating in research. Such data has gone on to support research at labs across the country, including at the Air Quality Sensor Performance Evaluation Center in California.

“We've helped deploy several PurpleAirs in the Columbia Valley area, where we often have wood smoke problems,” Preston said. “That's one of the reasons why we have deployed more of these particular sensors at homes in the area, so residents have a better understanding of the air quality in their area.”

The NWCAA was created in 1967, predating the state's Department of Ecology and the federal Environmental Protection Agency. They have several tools they use to monitor local air quality, including the PurpleAir sensors.

“We track air quality because it is our mission,” Preston said. “The cleaner the air, the less pollution, the better the outcome is for human health and the environment in general, for the entire ecosystem.”

The basic, indoor sensors start at about $200, though more advanced outdoor sensors cost around $300.