The outdoor industry flexes its muscles 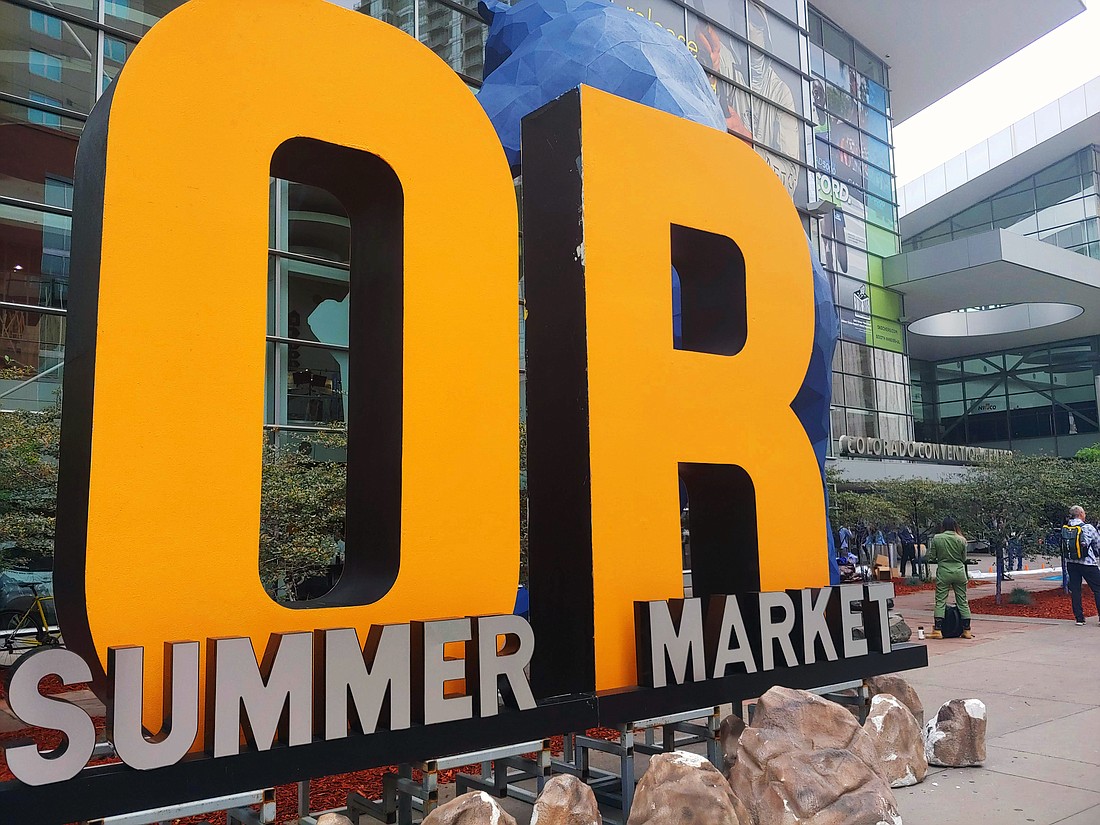 The future home of the Outdoor Retail trade show is tangled with national politics. The Denver Convention Center is one player. (Photo by Jason D. Martin)

The biggest events in the outdoor industry are the two Outdoor Retailer (OR) tradeshows each year. Respectively the Summer OR show and the Winter OR show each draw approximately 26,000 people to a sprawling convention center filled with everything every outdoor adventure-type person could possibly imagine.

You would think that the focus of their talk would be on how to sell more stuff to a growing outdoor market. Certainly, that happens. But so does something else. The leaders of the industry increasingly talk about how the $374 billion dollar industry can influence political change.

The OR Show was historically hosted by Salt Lake City. But the drill-baby-drill attitude toward public lands and the climate denialism rampant within the Republican-dominated state’s political leadership made the relationship between the two entities extremely tenuous. Indeed, industry leaders were constantly talking about moving the show (and the estimated $50 million that comes with it) to a place where the concerns of the outdoor industry were better represented.

In December 2016, then-President Obama established the Bear’s Ears National Monument in Utah by presidential proclamation. He did this, as many presidents do, by using the power vested in him by the Antiquities Act.

The 1.35 million-acre monument was the historic home to a number of Native American tribes and included countless recreational opportunities. As they had been working toward this for decades, it was considered a major victory by Native American activists, environmentalists and the outdoor industry.

In 2017, Utah Gov. Gary Herbert and the Utah State Legislature asked then-President Donald Trump to rescind the monument’s designation. Shortly thereafter, Trump issued a proclamation that shrunk the new monument by 85%. This unprecedented act was a massive blow to the tribes and to the outdoor industry. The Trump administration's goal was to ensure that there would be continued access for uranium mining and fossil fuel extraction in the area.

In response, Patagonia, the major clothing brand, stated that it would no longer attend an OR Show in Utah. Other brands quickly followed suit and in February 2018, the OR Show moved to Denver, where it has taken place since.

Thankfully, President Joe Biden reinstated Bears Ears National Monument by executive order on his first day in office. The coalition of Native tribes, environmentalists and outdoor industry folks celebrated this historic win, but were incapable of forgetting how politicians in Utah view the environment.

And that’s when things started to change.

Late in the summer, outdoor industry leaders started to get email surveys. In which city would you like to see the OR Show take place? Salt Lake City? Anaheim? Las Vegas? Orlando? Denver? These came several times and it seemed like show organizers weren’t getting the answer they wanted.

The Denver Convention Center contract with Emerald Expositions — the OR Show’s parent company — is finished at the end of this year. Complaints from some exhibitors about the costs of exhibiting in the Mile High City have forced the organization to take another look at its future. And indeed, there are a number of indications that they would like to move back to Salt Lake City. Certainly, Utah wants them back. Gov. Spencer Cox even put out a video in September that all but begged the show to return.

Some in the industry immediately fought back. In February, 25 retail brands, including some of the biggest — REI, Patagonia, Keen and The North Face — put out a press release with the Conservation Alliance. “We will not support or attend an event in Utah.”

They went on to complain about the state’s abysmal environmental record and its desire to shrink Bears Ears and other monuments in the state.

The future of the show remains uncertain, but one thing is clear. If the biggest brands in the industry will not travel to Utah to exhibit, the OR Show is not going to be in Utah.

The outdoor industry is full of passionate, environmentally engaged people worried about climate change and passionate about protecting public lands. This strange odyssey with the OR Show was the first time that the industry truly came together to put pressure on politicians, to help save the places we love and the planet we live on.

Yes, it was the first time. But I assure you it will not be the last.