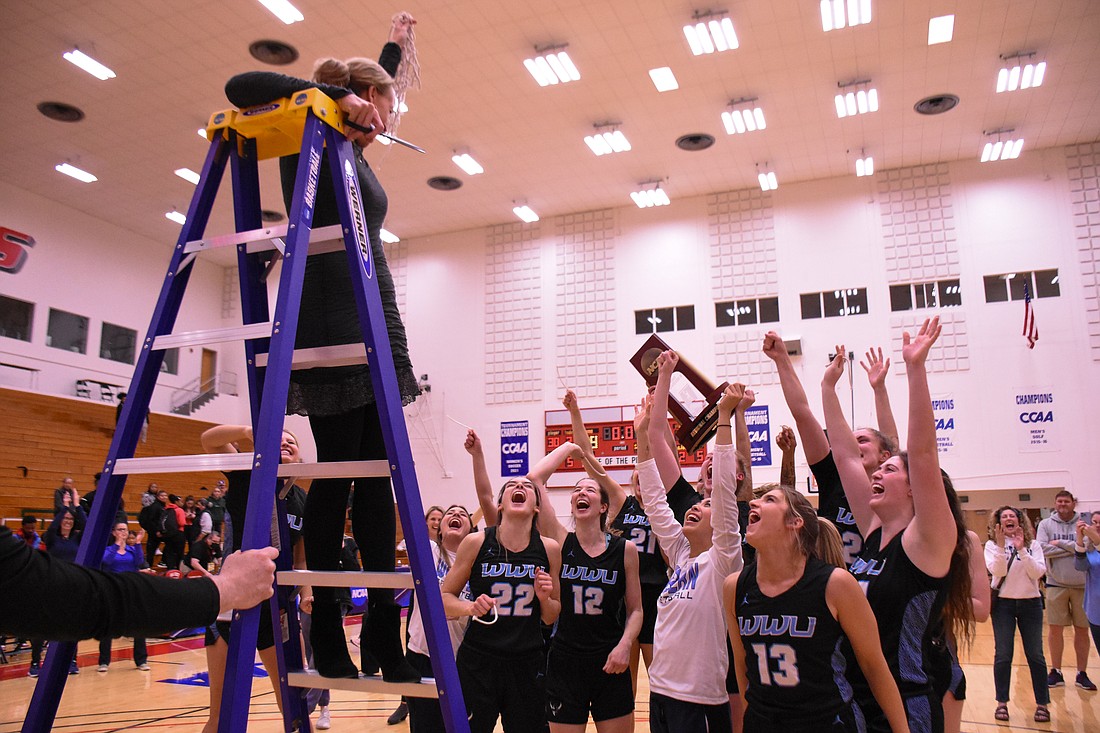 Western Washington saved its most dominant postseason game for the biggest stage, beating host and top seed Cal State East Bay, 73-59, Monday night in Hayward, California to earn a spot in the NCAA Division II Tournament quarterfinal and a trip to Birmingham, Alabama as one of the top eight teams in the nation.

The Vikings, the No. 3 seed in the West Regional, head to the NCAA Elite Eight tournament March 21 for just the third time in coach Carmen Dolfo’s 31 seasons, and for first time since 2013. Western also reached the final eight in 2000.

Western (23-5) built a big lead early and held off a pesky Pioneers team playing in front of a loud student section in the biggest crowd in the four-day tournament. East Bay, playing in its first West Regional final, recorded its first two NCAA tournament game wins in team history to get this far.

Ahead 40-27 at the half, Western built its lead to 16 on Maddy Grandbois’s 3-pointer with 4:42 left in the third quarter and appeared ready to make it a blowout. But East Bay took advantage of a spate of misses and fouls, closing to within eight, 58-50, with 4:34 left in the game.

“We watched them play two nights ago,” Dolfo said by phone from the celebratory team dinner at In-N-Out Burger late Monday. “They play off momentum. They get on rolls like that … Their tempo is high-paced, just attacking the basket … We really tried when they made those runs to control the tempo a little bit.”

A reaching foul by Pioneer leading scorer, Delia Moore, brought Western star Emma Duff to the line, where she sank both free throws for 60-50 with 4:15 left to start a 7-1 run that sealed it. Moore, meanwhile, fouled out. 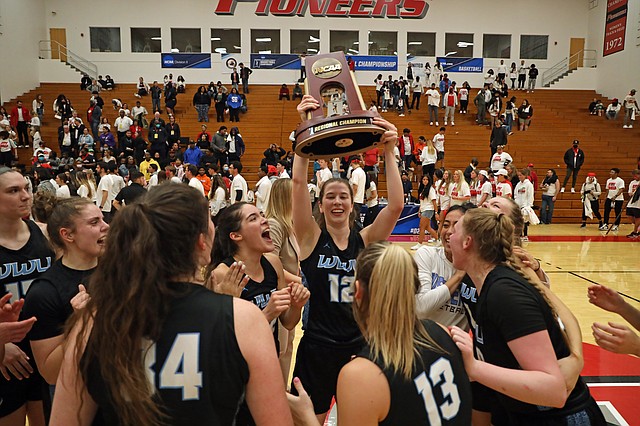 Eight players scored for the Vikings, led by all-conference first-teamer Duff’s 16 points and 14 rebounds and Brooke Walling’s 16 points (on 6-of-10 shooting) and eight rebounds. Duff hit all 10 of her free throws.

Senior Gracie Castaneda pitched in with nine points. Madison Schiller had 15 points to lead East Bay and freshman Taylor Linzie posted nine points and a team-leading 10 rebounds. Walling, Duff and Schiller made the all-tournament team, with Walling the tournament MVP, with 17.3 points per game, averaging 9.7 rebounds. 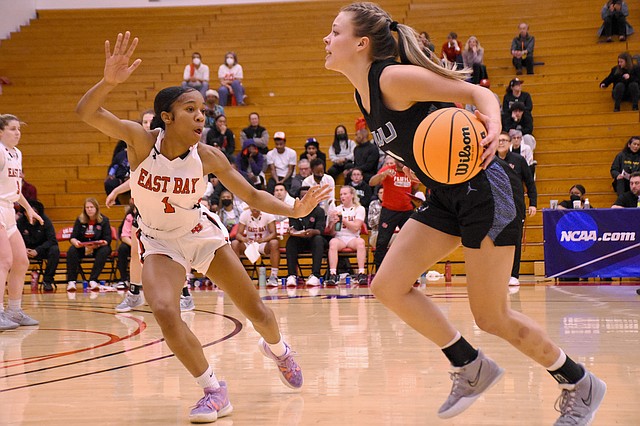 Western’s conference-leading defense has been its hallmark all season, and Monday was no exception, producing turnovers and fast-break points. Also, at times the Vikings’ offense looked dominant, holding possession, making multiple passes in the offensive zone to set up Walling and others inside.

Western took advantage of its height and depth over East Bay – the Pioneers had just two players 5-10 or taller compared to Western’s eight. East Bay was also missing starting guard Grace Campbell, out after a collision in Saturday’s regional semifinal game, from an already-slim 10-player roster. Western’s bench outscored the Pioneers, 24-12.

Western led 40-27 at halftime, behind Walling’s 12 points, including a 3-pointer.

The Vikings, 17-3 on the road this season (8-0 in California games), now face the biggest road trip of the year – to Birmingham and the March 21-25 NCAA Elite Eight at the Birmingham (Ala.) Crossplex.

Said Dolfo: “None of us have been to Alabama before. This’ll be fun.” 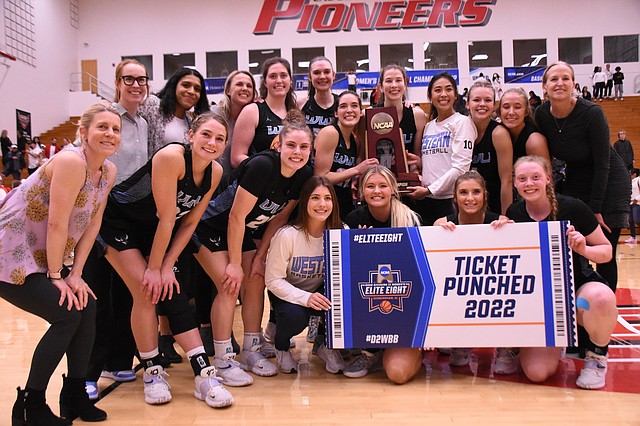