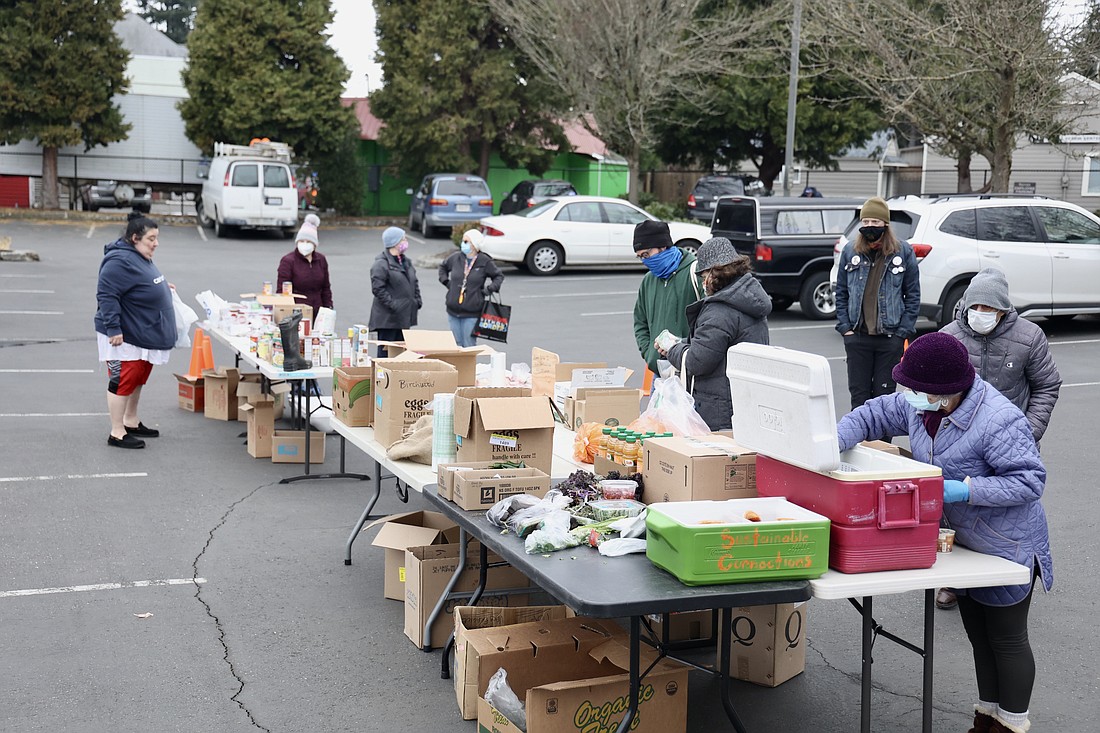 Birchwood residents found themselves in a difficult situation six years ago when Albertsons closed its store in the Park Manor Shopping Center.

A grocer that had served the neighborhood since the 1980s left thousands without a nearby supermarket to buy produce and other food needed for a healthy diet.

The so-called food desert led Bellingham artist Tina McKim to help launch a grassroots campaign in 2017 to feed her neighbors. What began as a single table has grown into the weekly event called Saturday Share Spots.

The Food Desert Fighters are out in force almost every Saturday in the Industrial Credit Union employee parking lot at the corner of Northwest and Maplewood avenues to distribute food that mostly is donated by local farms and businesses.

One recent Saturday, volunteers gathered to place boxes of fresh potatoes, onions and carrots on long rectangular tables. They also had ice chests filled with soup that was donated by Calypso Kitchen, a local Caribbean food supplier.

The volunteers sifted through the food boxes to check each item before they handed it out. Over the next one and half hours, donations steadily arrived. Clothing, canned goods and loaves of bread were among the offerings. 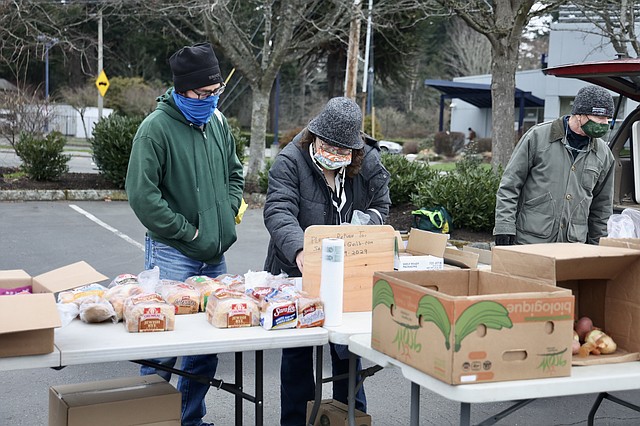 McKim said her group is careful to show the neighbors empathy.

“No one wants to be a client or pitied,” she said. “We want to continually reaffirm that those people who have been affected are lives worth fighting for.”

Scally said the Birchwood neighbors not only meet food needs “they focus on human health” and “want to meet the needs of the people.”

Anna Aiello of Bellingham started attending the Share Spot event in 2020 to get free produce. The experience led her and her husband to become Food Desert Fighters volunteers.

“This woman came to the Share Spot one day and picked up a loaf of bread,” Aiello recalled. “She turned to me and asked, ‘how much?’ I told her, 'it’s free' and she started crying.” 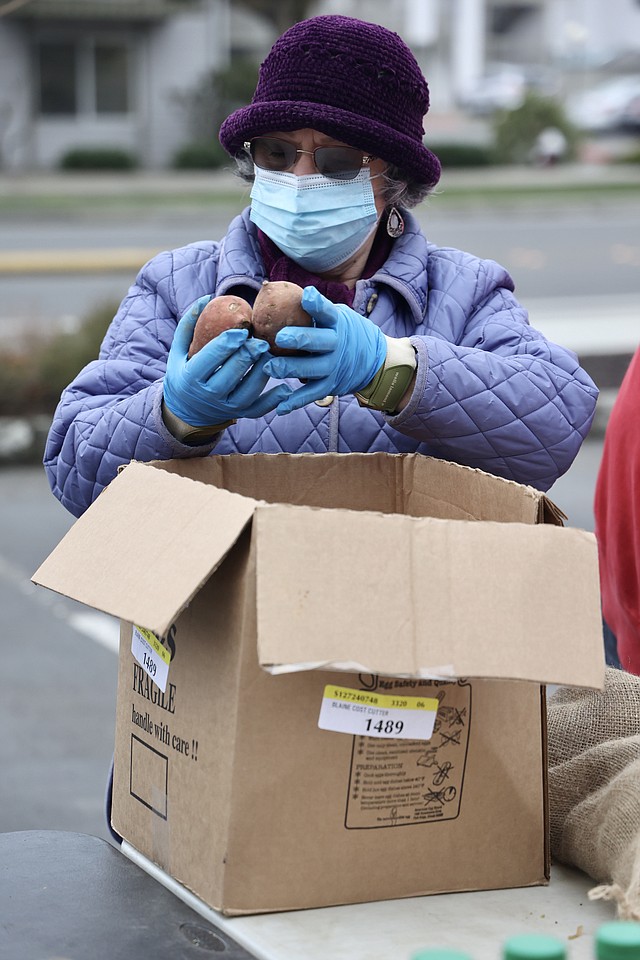 The U.S. Department of Agriculture defines a food desert as a low-income tract where a substantial share of residents does not have easy access to a supermarket or large grocery store. The agency has declared about 10% of the country’s 65,000 census tracts as food deserts. About 13.5 million people in those areas have low access to sources of healthful food.

The owners of Park Manor Shopping Center reported on their website in 2018 that about 12,500 people live within a mile of the strip mall. They said the average household income was $65,160.

Another grocery store didn’t take over the building Albertsons left because of non-compete clauses in the contract that end in 2047, Food Fighters said.

McKim said Birchwood has many disabled and elderly residents who can’t easily get across town for groceries. Some have had to rely on the city bus system. The obstacles can mean fewer trips to a grocery store and eating less nutritious food, experts say.

“We found out a lot of elders moved into the neighborhood because there was a grocery store there,” McKim added.

After six years, Birchwood residents’ closest grocer is a Fred Meyer store on Bakerview Road 1.8 miles away. Local convenience stores sell snack foods and perishables such as milk and eggs but not the necessary goods for a healthy diet.

“People will say, ‘oh, Fred Meyer is just a mile up the road,’” McKim said.

But it’s not easy for people relying on buses or rides from loved ones when they once could walk to their store, she added.

The Share Spot meets every Saturday in the parking lot at the Industrial Credit Union at 3233 Northwest Ave. starting at 11:45 a.m. until 1:30 p.m. or they run out of food.