So long redwoods, time for the North Cascades

Planning many walks in the woods 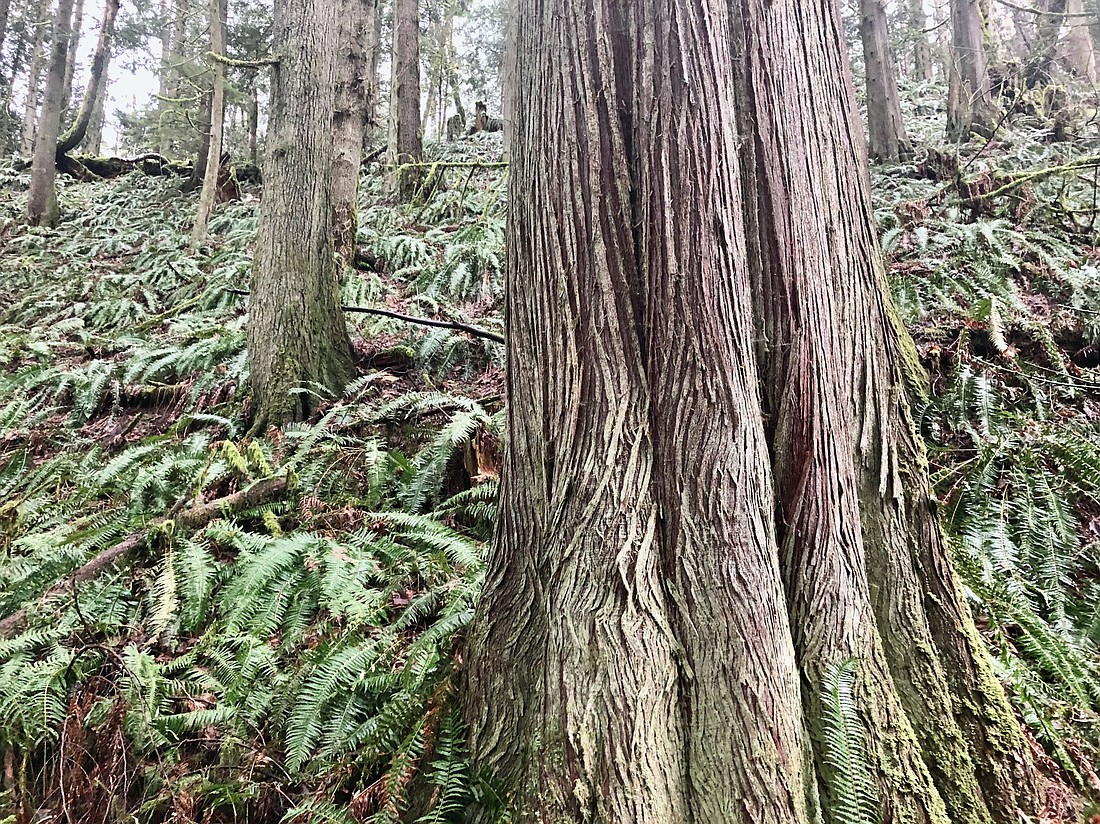 A wave of nostalgia washed over me the other day while on a late afternoon ramble through Stimpson Family Nature Reserve.

The 400-acre tract, off Lake Louise Road in Sudden Valley, has similar characteristics to California’s old-growth coast redwood forests where I have spent as many waking hours as humanly possible the past two decades.

Although devoid of the ancient giant redwoods that live up to 2,000 years, plenty of pole-straight Douglas fir thrive in the mixed conifer forest with western red cedar and western hemlock. Some of the firs are centuries old in a reserve highlighting the landscape surrounding us.

I know Doug firs well. They share the California forestland with redwoods that rise more than the length of a football field into the gray northern California sky.

Their presence in Stimpson made me miss the tall redwoods and the Humboldt family of friends whose tree photos grace calendars, magazines and for a time the Powell Street subway station in the heart of San Francisco.

The Stimpson outing rekindled my experiences of the redwoods where a handful of tree lovers had unlocked the secret code to locate the tallest and biggest specimens that had been mythologized in Richard Preston’s nonfiction book, “The Wild Trees.” 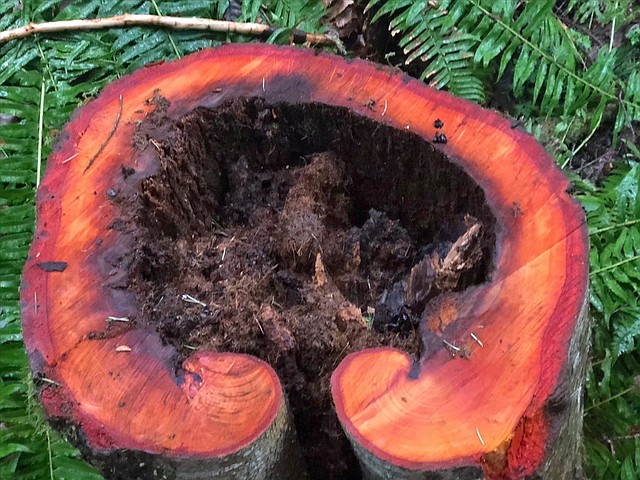 A stump in the Stimpson Family Nature Reserve adds its own color, in memoriam to a tree. (Elliott Almond/Cascadia Daily News)

The trees’ locations had been a tightly guarded secret among biologists, park rangers and a few of us amateur naturalists until about a decade ago when a mystery person created a website giving GPS directions to many of the big ones.

The controversial website has led thousands to tramp through the fragile understory in search of the tallest, the biggest or the most this or that. The rush to take a selfie has led rangers at Jedediah Smith Redwoods State Park to build a wooden walkway through part of the famous Grove of the Titans that had been damaged by extensive foot traffic.

The biodiverse forests of the Pacific Northwest and the rugged peaks of the North Cascades are my new playground.

I wrote extensively about the big redwood trees without revealing their locations. I asked readers to enjoy the splendor of all redwoods instead of seeking only ones named by scientists.

Those magnificent trees are a two-day’s drive now. As the author of a book about surfing I also miss the majesty of big waves unfurling offshore at Mavericks Beach in the Bay Area.

But I have no regrets about creating a new life under the volcano where on clear days little is as inspiring as gazing up at Mount Baker and the Sisters.

Alas, good riddance to poison oak and its toxic oil that happily resides among the redwoods as my exploration of Whatcom County and beyond begins.

The biodiverse forests of the Pacific Northwest and the rugged peaks of the North Cascades are the new playground that I intend to enjoy for as long as the knees and legs cooperate. Have Keens, will travel … into the mountains, watersheds and coastsides enjoying trees, plants, wildflowers and wildlife. 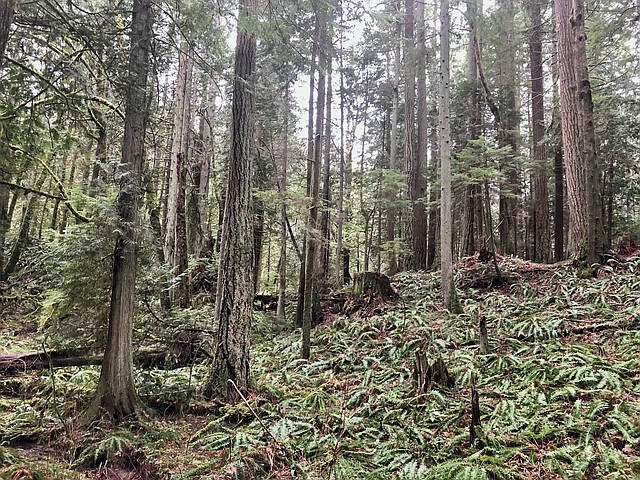 Older forests such as those at Stimpson Family Nature Reserve are a pleasant winter diversion. (Elliott Almond/Cascadia Daily News)

There will be steep hikes, flat hikes, picturesque hikes and wayward hikes. I hope to tackle issues that impact the trails as well as report on the places I discover, locales many readers know intimately. I’ve been visiting Bellingham for 20 years so I have an outsider’s knowledge of the terrain but am eager to experience much more.

When I moved to Seattle in the 1990s I became “the New Guy,” a character in Ron Judd’s weekly Trail Mix column in the Seattle Times.

I learned the hard way that whenever I reported the foibles and follies of a weekend excursion the “New Guy’s” embarrassing exploits would appear in an upcoming Trail Mix.

There was the time ground hornets bit the hell out of me after fellow hikers had stomped across their dirt homes to disturb their snowy first day of autumn.

There was the time I got new leather hiking boots and special insoles, a $100 REI purchase that led to severe blistering along the Annette Lake trail below Snoqualmie Pass.

As I recounted the episode that evening Ron interrupted me: “Did you take out the original soles?”

“You’re supposed to do that?” I asked.

“Hey, you’re not going to write about this,” I said.

Silence on the other end of the line.

A Seattle Times staffer shook his head in pity when the story appeared. OK, I said. My bad.

Now Ron is bringing quality daily journalism to our region as executive editor of the Cascadia Daily News. I semi-retired after more than a half-century at newspapers in Los Angeles, Seattle and the Bay Area to help support this noble effort.

And to enjoy the natural richness of Bellingham. The outdoors torch has been passed.

Whatever happens out there will make its way back here.