The 'Big Fish' in a small pond

The faces behind the production 'Big Fish' at Squalicum High School 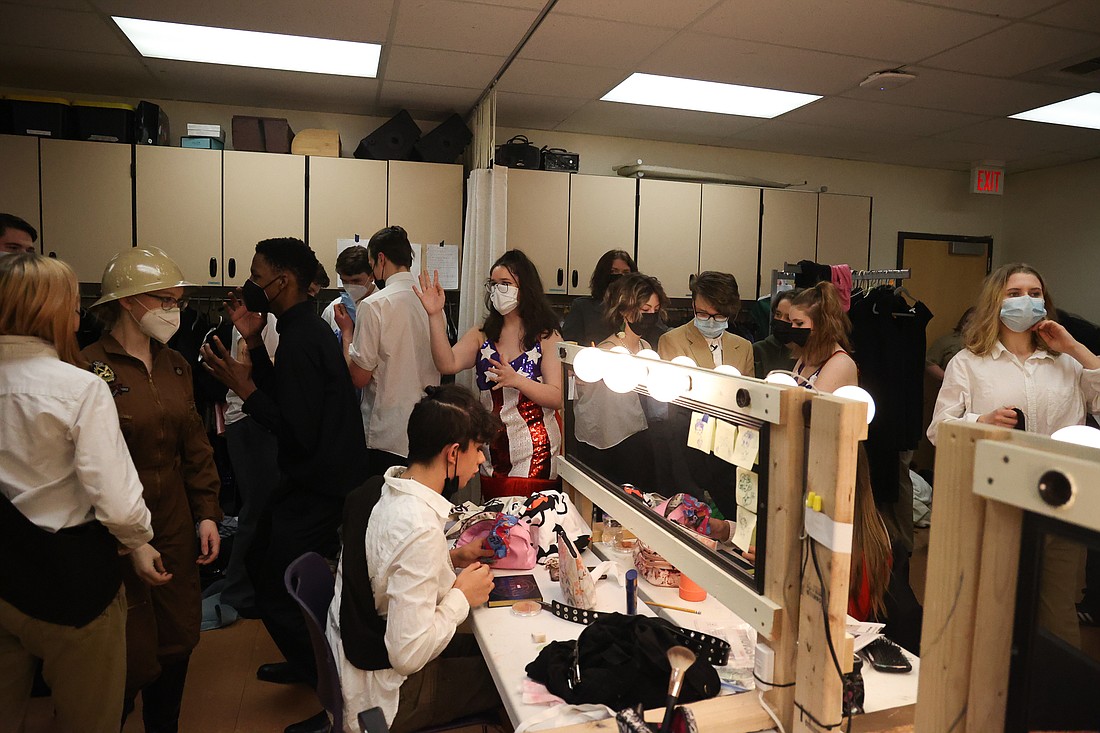 The joyful chaos of intermission unfolds with hair and makeup touch-ups, costume adjustments and the buzz of a very excited cast and crew on opening night at the Squalicum High School auditorium on March 3. (Victoria Corkum/Cascadia Daily News)
By VICTORIA CORKUM
Staff Reporter

As the house lights dim and the pit orchestra hums alive, a hush falls over audience members as they prepare for the show to begin.

The crowd waits with anticipation while the backstage is consumed with joyful energy as cast and crew members of “Big Fish” at Squalicum High School take their positions. 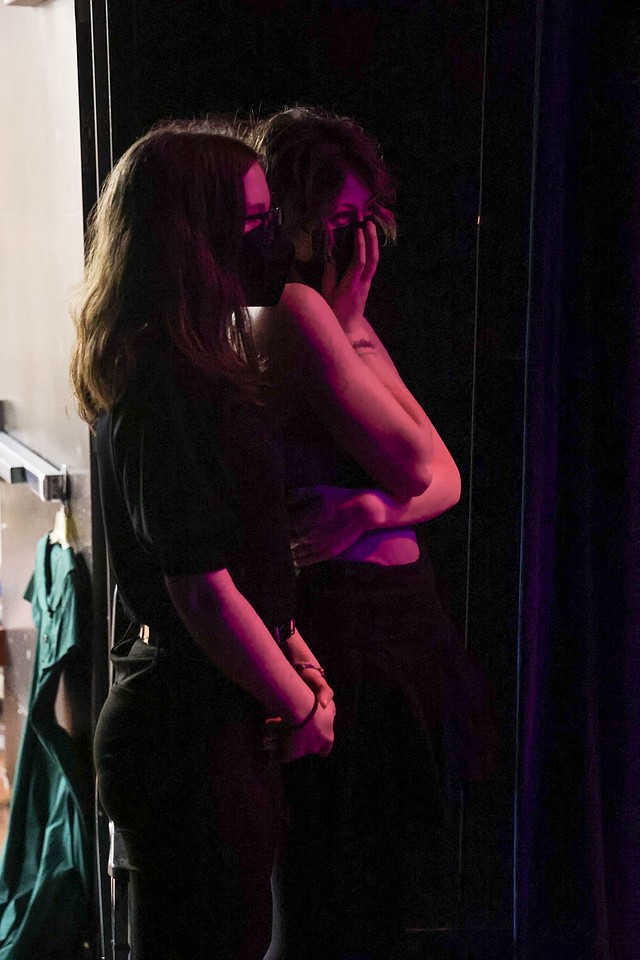 Stage manager Ellie Smith, left, and hair and makeup designer August Montiel gleefully watch the opening night performance from the wings of the stage. Smith, a sophomore, said his production has been full of successes and challenges. From props breaking unexpectedly to scene changes that happen in the blink of an eye, Smith spearheads each with determination. "Basically, I'm keeping everyone sane," Smith said. (Victoria Corkum/Cascadia Daily News) 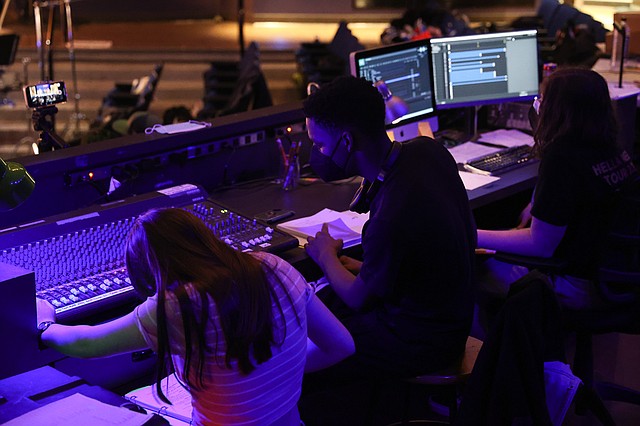 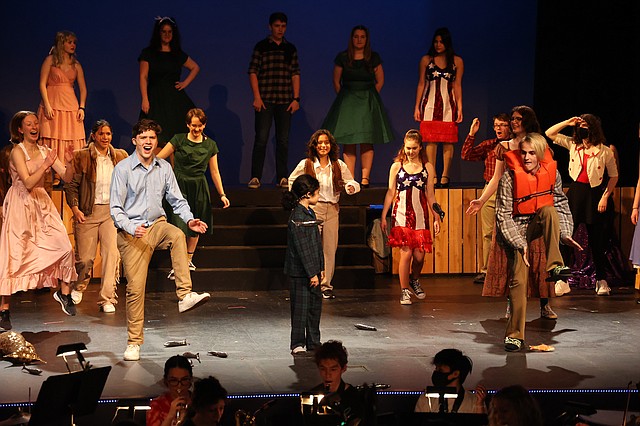 During the opening song “Be the Hero,” orchestra pit members threw stuffed fish on stage while the performers do the “Alabama Stomp,” a dance designed to coax fish onto land. (Victoria Corkum/Cascadia Daily News) 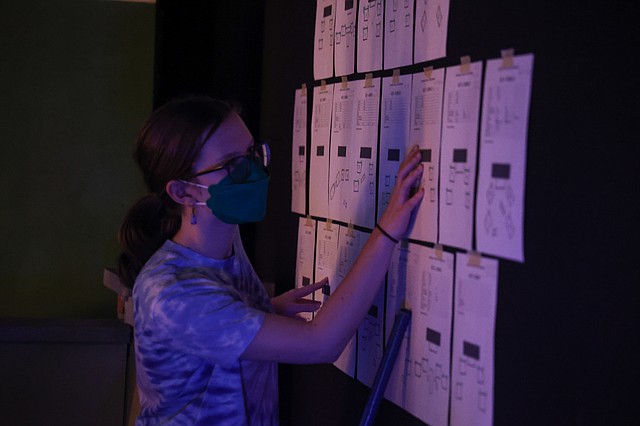 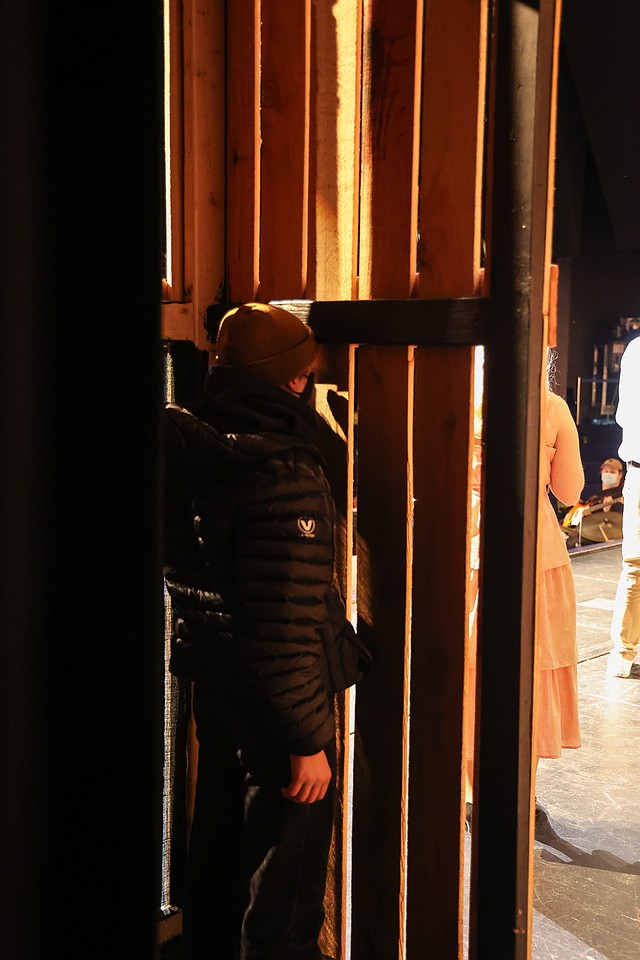 Forest Alson stands in a set piece, ready to move one of four tall wooden boxes on wheels to its next mark in the show. Rather than have a tech hand enter the stage each time a tower moves, the crew members have been assigned to sit inside them to move them during the show. Stage manager Ellie Smith said the trickiest is the quick scene changes. (Victoria Corkum/Cascadia Daily News) 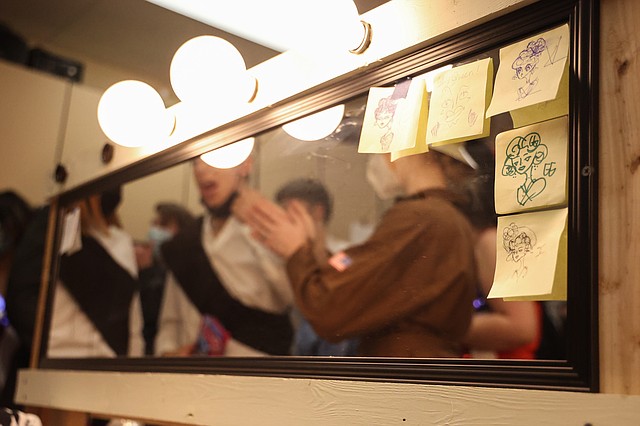 The cast and crew have made the green room, their refuge with notes, snacks and personal belongings strewn about. The green room doubles as a costume and makeup space. Hundreds of costumes span the walls from glittery dresses to military suits. (Victoria Corkum/Cascadia Daily News) 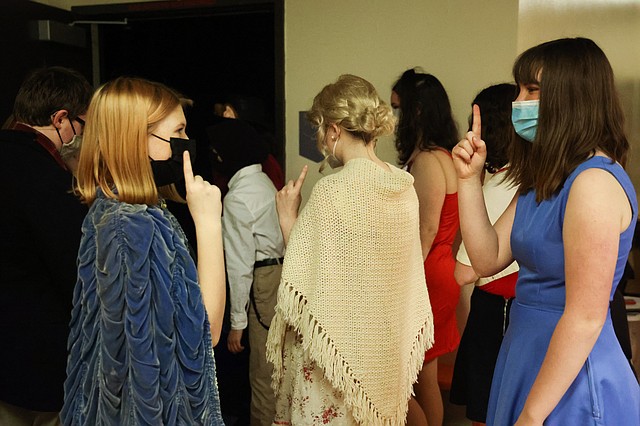 Between scenes, cast members waiting in the wings dance and sing along with the on-stage action. When cast members aren't on-stage they will congregate in the green room, tucked away in the hall on the side of the auditorium. (Victoria Corkum/Cascadia Daily News) 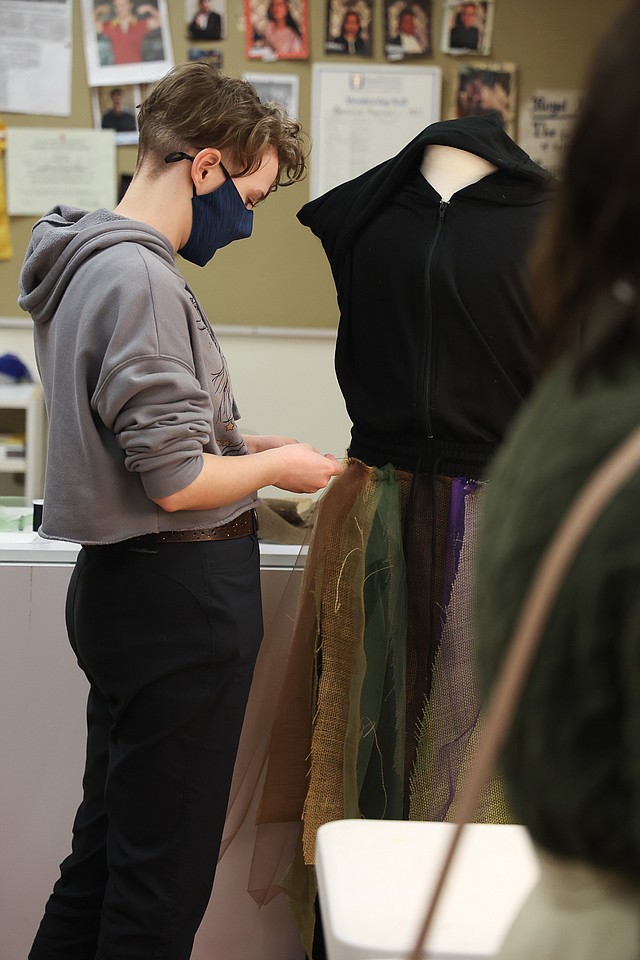 Bryn Bergman hand stitches skirts on a witch’s dress. Two nights before opening night, Bergman and the crew discovered the dresses they ordered online had been lost in the mail. (Victoria Corkum/Cascadia Daily News) 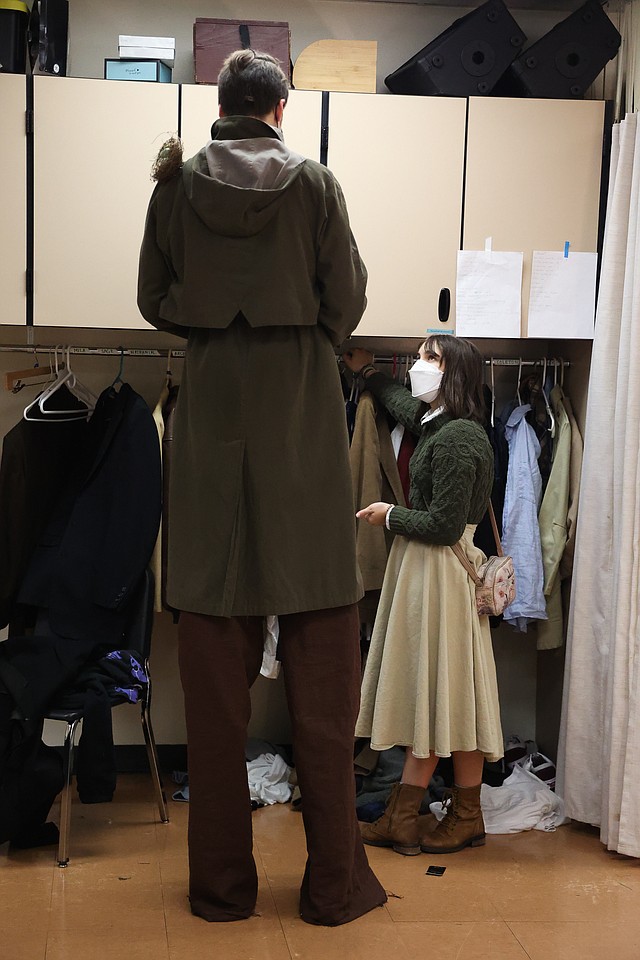 With the power of stilts, Søren Kenne-Wilson, left, stands over seven feet tall for his role Karl the Giant. Costume designer Kiara Paglia checks on his costume mid-show. Paglia delegates the collection and design process of each unique outfit. (Victoria Corkum/Cascadia Daily News)

A show as full of love, passion and inspiration as “Big Fish” is best performed by a team that thrives together in the same way. The harmony between cast, crew and pit orchestra radiates throughout this show.

“I wouldn't want to be anywhere else,” stage manager Ellie Smith said.