Lyncs repeat as 1A champions

YAKIMA — Of course it would come down to the final seconds of overtime.

The 1A state championship game between No. 1 Lynden Christian and No. 2 Nooksack Valley, the third meeting between the teams this season, couldn't end any other way.

Senior Libby Stump's go-ahead jumper in the closing seconds of overtime sealed the 57-56 win, giving the Lyncs their second straight Class 1A title.

It was a second straight title they had to patiently wait for.

With no postseason last year because of the pandemic, it took two years to get the opportunity.

Lynden Christian’s Libby Stump waves a net as Lynden Christian beat Nooksack Valley 57-56 in overtime to win the girls 1A state championship title at the Yakima Valley SunDome on March 5. (Andy Bronson/Cascadia Daily News)
"It's been a long time and I think that makes this more special," Lynden Christian head coach Brady Bomber said. "People realized we didn't get to do this last year and whether you're in blue or purple — to get this experience – this is what it's all about. To celebrate these high school kids and let them have a great memory."

At this point in the season, the Lyncs and Pioneers knew everything about each other. There were no secrets between the two.

It was going to come down to which team made the big play late.

Stump not only made that big play, she made plays all game. 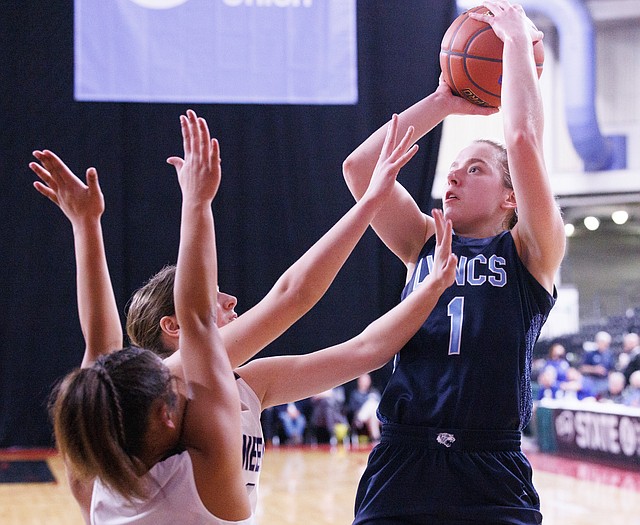 She set a new career-high, leading all scorers with an astounding 35 points in her final high school game.

"First of all, Brady Bomber is a stud of a coach and I am so sad I won't get to keep learning from him every day," Stump said. "He creates a program that it's anyone's night and tonight was my night. I'm just so thankful for all the time he's put into us."

Round three between the Lyncs and Pioneers followed a similar pattern of the other two this season.

The teams were locked into a 25-25 tie at halftime and stayed within a few possessions of each other the rest of the game.

Down six points in the third quarter and with Stump in foul trouble with four, things were looking grim for the Lyncs.

Lynden Christian desperately needed someone else to step in.

Luckily for the Lyncs, they have a freshman who plays like a seasoned veteran in Grace Hintz.

Hintz scored 17 points, nine of them in the fourth quarter, to help keep Lynden Christian alive when its top scorer had to sit.

"They both had moments where they made huge play after huge play," Bomber said. "At the same time, it shows a lot about their teammates to put them in the situations to be successful. I celebrate Grace and Libby because they worked so hard to score, but I'm also proud of the other kids for the way they allowed them to score."

Stump and Hintz combined for 52 of Lynden Christian's 57 total points. They each also pulled down seven rebounds. 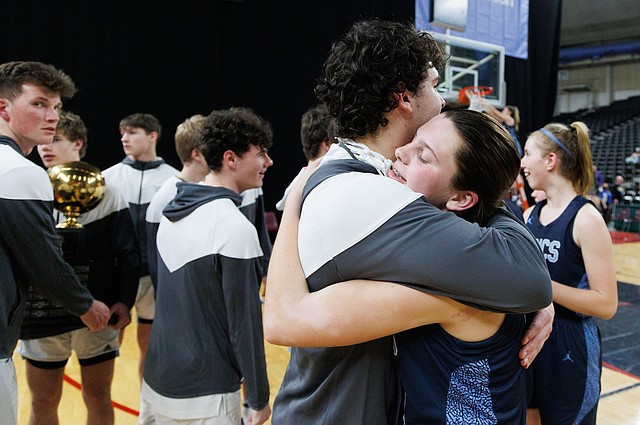 "I was not having a good first half and thought, I can't let us go down like this," Hintz said. "I had to pick it up and do something."

The Pioneers had a shot at winning the game in regulation, but turned it over, giving the game four more minutes. 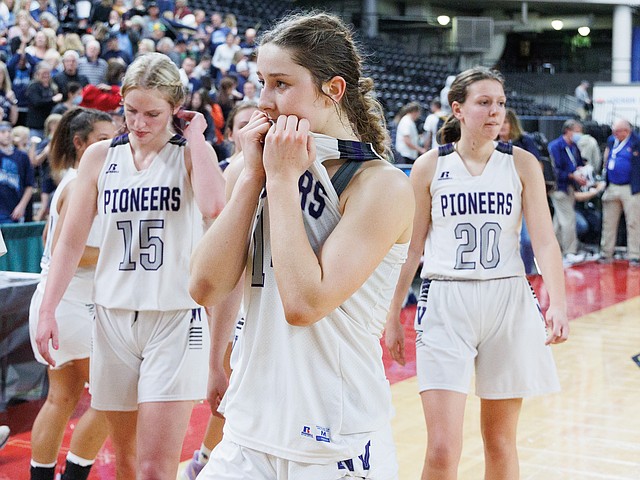 Nooksack Valley’s Devin Coppinger reacts after the Pioneers lost to Lynden Christian in overtime of the girls 1A state championship at the Yakima Valley SunDome on March 5. (Andy Bronson/Cascadia Daily News)

Nooksack Valley head coach Shane Wichers said his team knew going in that the game was going to be decided in the final minutes.

"We both had our chances," Wichers said. "Every game has come down to who has made the best shot in the end. The last few times it was them."

"That's an incredible shot," Wichers said. "We had three people on her. She's a great player. We knew who it was going to and great players make great plays."

Scoring a team-high 14 points for the Pioneers was sophomore Devin Coppinger. Junior Hallie Kamphouse had 11 points and six rebounds.

Nooksack Valley (20-3) finished second in state, its highest ever finish at the state tournament.

The win gives Lynden Christian its 14th state championship in program history and fourth under Bomber as head coach. It also completed a Lynden Christian sweep in the 1A classification with the boys winning earlier in the evening.

The Lyncs (21-4) close out their season the way they did two years ago: at the top of 1A ranks. 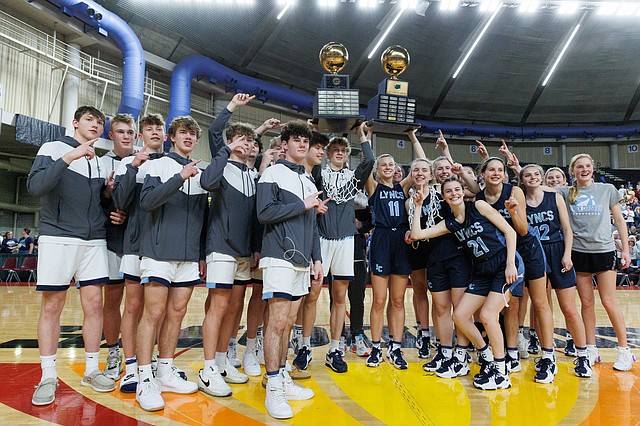 Lynden Christian boys and girls teams celebrate as both teams won their respective 1A state championship titles at the Yakima Valley SunDome on March 5. (Andy Bronson/Cascadia Daily News)
Have a news tip? Email newstips@cascadiadaily.com or Call/Text 360-922-3092