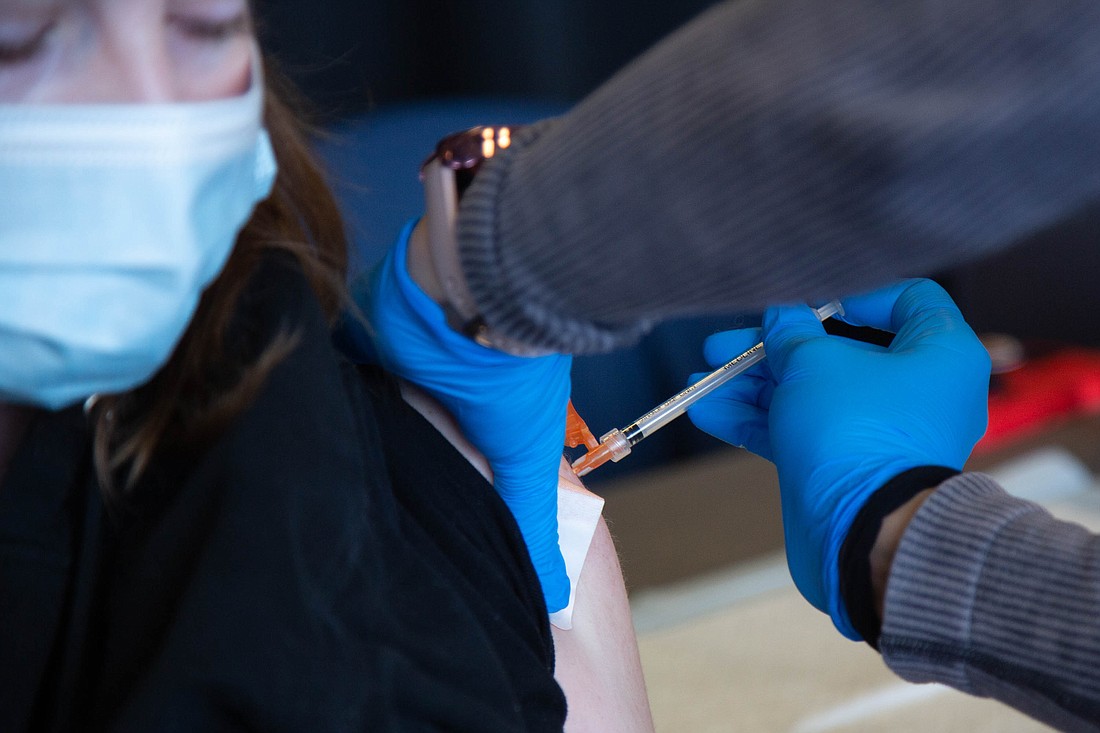 Rud Browne, who retired from the County Council after his term ended in early January, outlined the shortcomings of an external report prepared by BERK Consulting in an eight-page statement he read from, at a June 21 council meeting.

“The report has several factual errors and lacks a depth of inquiry on several key structural issues,” Browne’s statement said.

Browne said the latest draft of the BERK report failed to address several problems originating at Whatcom Unified Command (WUC), the temporary operation that directed the county's pandemic response. BERK, on the other hand, found fault with county council members whose attempts to get involved at WUC only interfered with the organization's work.

WUC brought together several local agencies, including the city of Bellingham, and the Whatcom County Health Department and Sheriff's Office.

WUC stopped the flow of hand-sewn face masks to hospital staff in the early days of the pandemic, and delayed the opening of a free mass testing center — both because of unwarranted concerns over potential lawsuits, Browne said. Poor leadership at WUC resulted in a dramatic decrease in fundraising for the COVID-19 fight.

“Donations was instructed to get written preapproval from Unified Command before responding to any emails,” Browne’s statement said. “Not surprisingly, the flow of donations went from a flood to a trickle.”

Browne’s biggest problem with the consultant’s report was its failure to mention that WUC intentionally withheld information from the County Council, which also acts as the county Health Board. This amounted to “a breakdown” in the rule of law and the chain of command, Browne wrote.

“Any limitation or delay in providing any elected official in Whatcom County with information they feel they need to represent the citizens that elected them or otherwise do their job directly interferes with the people’s faith in their elected leaders,” he wrote.

BERK Consulting will receive $71,485 for the report, per its contract with the county.

BERK drew different conclusions about WUC’s interactions with the council, saying council members stepped out of line in their attempts to be more involved in the emergency response.

“Council members wanted to assist with operational issues or participate in the decision-making process, which was the role of the executive agencies,” the consultant’s draft report says. “All operational personnel interviewed cited county council members’ participation in and presence at the WUC as disrupting the functioning of WUC as a whole.”

BERK’s report pointed out that Whatcom Unified Command wasn’t always unified, especially in the early days of the pandemic response.

“We did find that departments weren't always working and pulling on the rope in the same direction at all times,” Eric Holdeman, a subcontractor working for BERK, said during his presentation to council on June 21.

BERK concluded that many of the county's shortcomings could be resolved with additional training, including practice drills and tabletop crisis simulations.

The various players in Whatcom County’s response ironed out their early difficulties and were ultimately successful in their pandemic response, BERK officials said. Whatcom County had the seventh lowest mortality rate among Washington’s 39 counties as of April 1, 2021 — near the end of the period BERK considered in its review.

“Despite the challenges that were thrown your way, the county had a very effective response,” BERK consultant Brian Murphy told the council. “Your public was well served.”

Council member Tyler Byrd called for further discussion before getting the final draft of BERK’s report, which was scheduled for a presentation at the July 26 council meeting. The report isn’t due until October. Byrd and council member Ben Elenbaas endorsed Browne's reading of the county's pandemic response.

“Our goal with this (report) is spot on with what Council Member Browne had articulated earlier: that they come out of it with changes to make us better in the future,” Byrd said June 21.

“If we aren't addressing these issues that he's brought up … before final report takes place, I'm not sure how we effectively do that,” he added.