Bellingham responds to the reversal of Roe 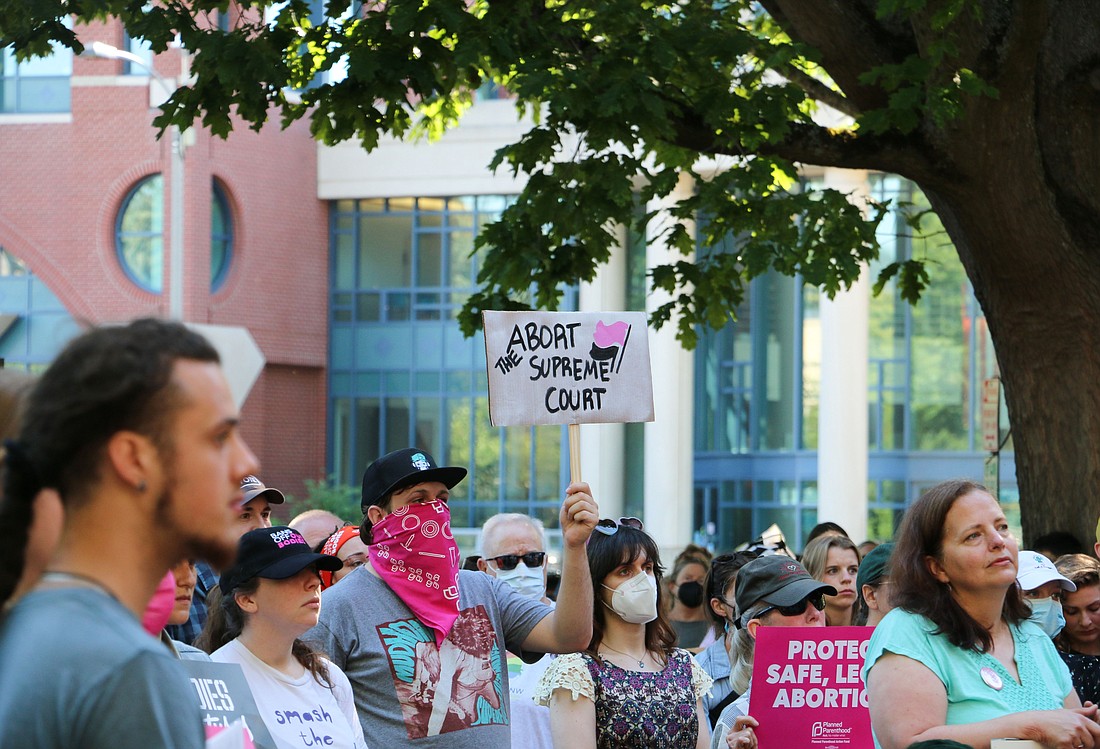 Hundreds of Bellingham residents gathered at the steps of City Hall to rally for abortion and gender-affirming healthcare Friday afternoon.

Several speakers addressed the crowd throughout the rally, including representatives from Planned Parenthood and local business owners.

“Waking up without Roe v. Wade in place this morning feels really threatening and vulnerable,” said Jenn Mason, founder of WinkWink. “I know that this is something that impacts everybody, and that the access to abortion is just the beginning. I think that conservative lawmakers will continue to strip us of our bodily autonomy and our personal freedoms.” 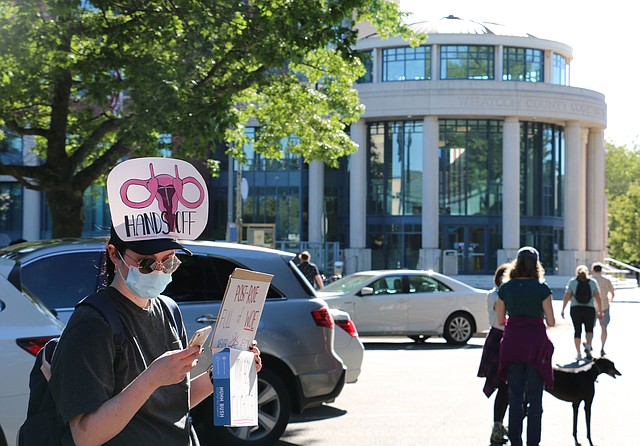 Mason, who told the crowd about her own abortion, called on attendees to take care of themselves and each other in the wake of the “horrific” decision.

In Washington, abortion access was codified in 1991, but Planned Parenthood representatives are concerned it may not always be a protected right.

“While we’re safe today, who knows if we’ll be safe in December?” she asked. “What can happen in Texas can happen in Washington, if we’re not vigilant.” 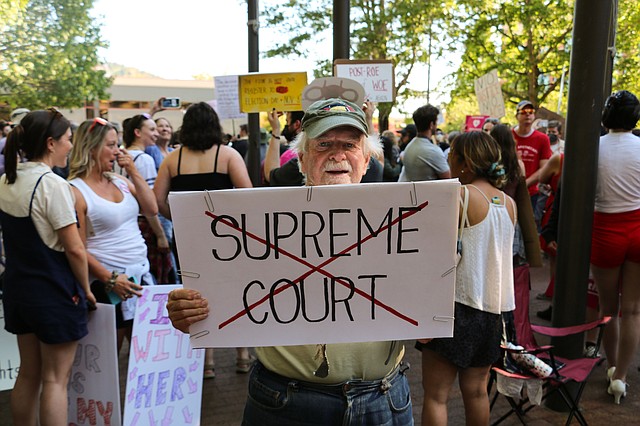 Barry Ulman poses with his sign at the June 24 rally. "I'm outraged at the Supreme Court's decision to take away the most sensible rule that's lasted for 50 years," he said. (Audra Anderson/Cascadia Daily News)

The 5-4 decision, authored by Justice Samuel Alito, is the result of challenges to abortion access in several states, including a 15-week abortion ban in Missouri and a near-total ban in Texas.

McCarthy said it’s “hard to understand” total abortion bans, particularly after her clinic treated an 11-year-old incest victim, who may not have been able to access abortion elsewhere in the country. 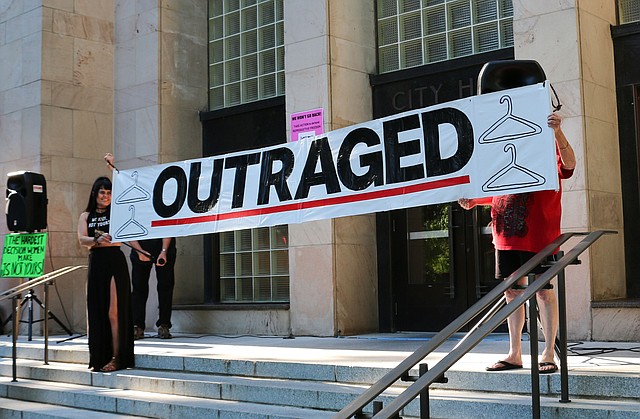 Many of the signs at the June 24 rally depicted coat hangers, a reference to an abortion practice prior to its accessibility. (Audra Anderson/Cascadia Daily News)

In May, progressive members of Whatcom County Council adopted a resolution “supporting every person’s right to inclusive reproductive health care,” and now, Bellingham’s mayor hopes to do the same.

“I look forward to talking to council members about that,” he told Cascadia Daily News. “I think it would be appropriate.”

Fleetwood said he was young when Roe v. Wade was first decided, but had family members who grew up without it.

“My father’s younger sister, in 1962 … had to go to Tijuana [Mexico] and have one of those horrendous experiences that you hear about,” he said. “After evolving to a more enlightened place over the last 50 years, the idea that we would go back to those horrific days for millions of Americans is just horrific.”

A previous version of this story incorrectly stated the Supreme Court decision was a 6-3 decision. Justices voted 5-4 in favor of repealing Roe.  Additionally, the opinion of the court was authored by Justice Samuel Alito. Justice Clarence Thomas authored a separate, concurrent opinion. The Cascadia Daily News regrets the error. This story was updated to reflect this change at 1:50 p.m. on June 26. 2022. The Cascadia Daily News regrets the error. 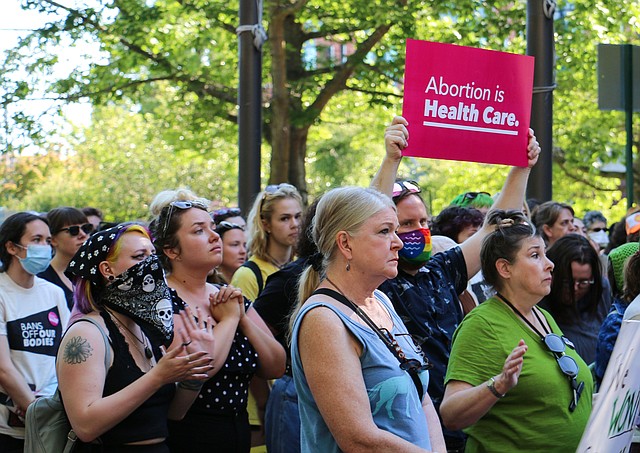 The crowd listens to high school student Neva Perez speak at the June 24 Ban Off Our Bodies rally. "My generation now has less bodily autonomy than the one before us," Perez said. (Audra Anderson/Cascadia Daily News)
Have a news tip? Email newstips@cascadiadaily.com or Call/Text 360-922-3092