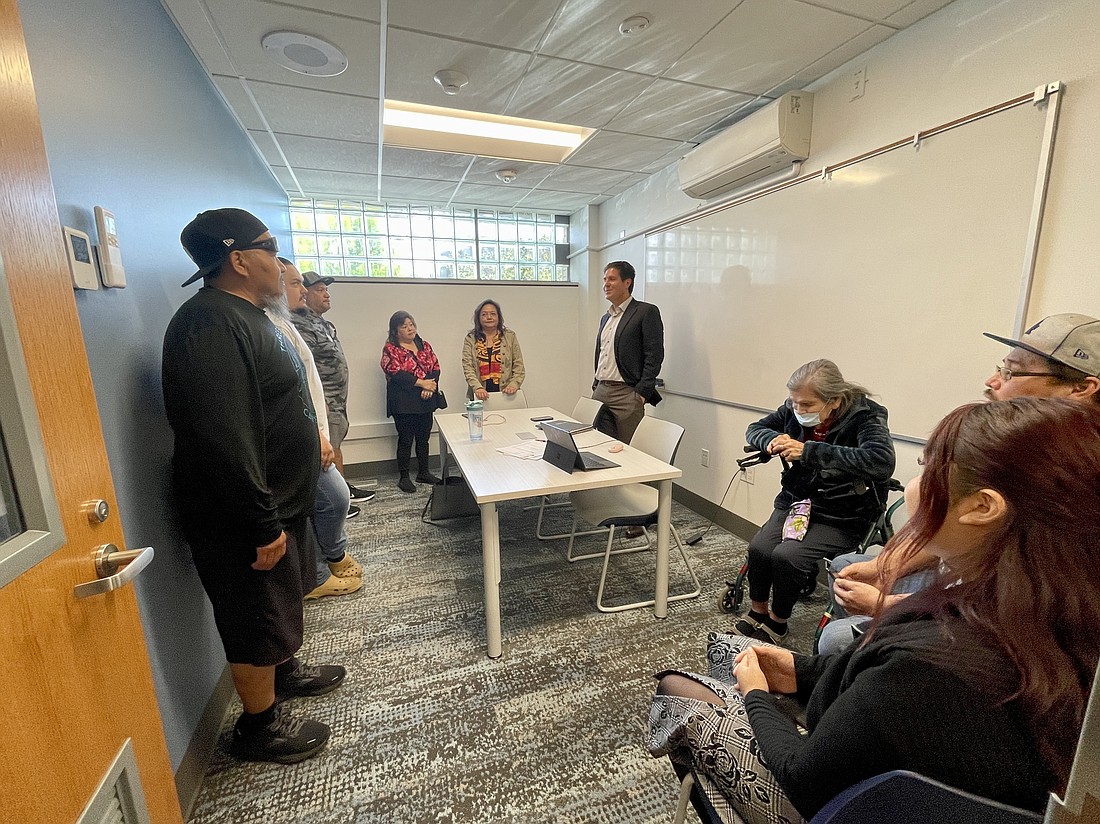 Seven households with members of the Nooksack 306, a group of 306 individuals formally removed from the Nooksack Indian Tribe in 2018, have been fighting eviction from their homes since December.

On June 8, the state Supreme Court granted a preliminary injunction to seven households facing eviction, meaning the residents, dubbed the Nooksack 63, could not be evicted while the court decides to hear the case.

However, the Nooksack Indian Tribe and the tribe’s housing authority are not bound by the injunction, the tribe’s lawyer said, as they are not listed as parties in the Supreme Court case.

“The injunctive language that came out of that court did not prohibit our court from further pursuing these actions up to the point of eviction,” Rickie Armstrong, the tribe’s lawyer, argued Wednesday. “It did not involve NIHA [Nooksack Indian Housing Authority] or the tribe. We are not parties to that case.”

The judge hearing the case, Charles Hostnik, expressed concerns about proceeding with the hearings following the injunctive order but agreed with Armstrong. 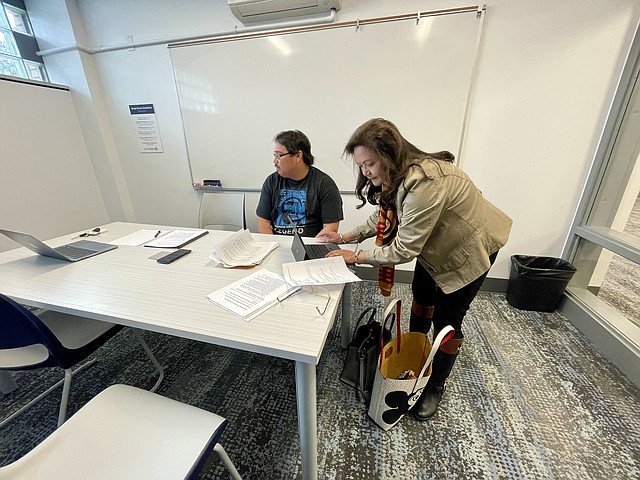 Michelle Roberts, right, helps Saturnino Javier Sr. log onto Zoom for his 10 a.m. eviction hearing. The Nooksack Tribe contends the Supreme Court injunction, filed earlier this month, does not halt proceedings because they are not the plaintiff involved in the Supreme Court case. (Julia Lerner/Cascadia Daily News)

Representing the 63 is Indigenous rights attorney Gabe Galanda, who was barred from practicing in the Nooksack Tribal Court following concerns with a business license in 2016. Though the tribe has not allowed him to practice, he contends he has a legal right to do so and represented Nicol-Mills during his afternoon hearing.

“It’s the first time in 6.5 years where my right to practice in Nooksack has been honored,” Galanda told Cascadia Daily News following the hearing.

All four cases have been continued until mid-August, while parties wait for the state Supreme Court decision to hear the case.

“The Supreme Court commissioner could make a decision any day, really any minute,” Galanda said. “We’re pleased by the reprieve, but our position is these proceedings should not have occurred.”

The four facing eviction Wednesday are tired, but thankful for the continuances issued.

“I’m exhausted,” Javier said. “[The tribe] says I’ve been disenrolled, but I’m still Nooksack … I am Nooksack, and for [Armstrong] to say I’m not Nooksack hurts.”