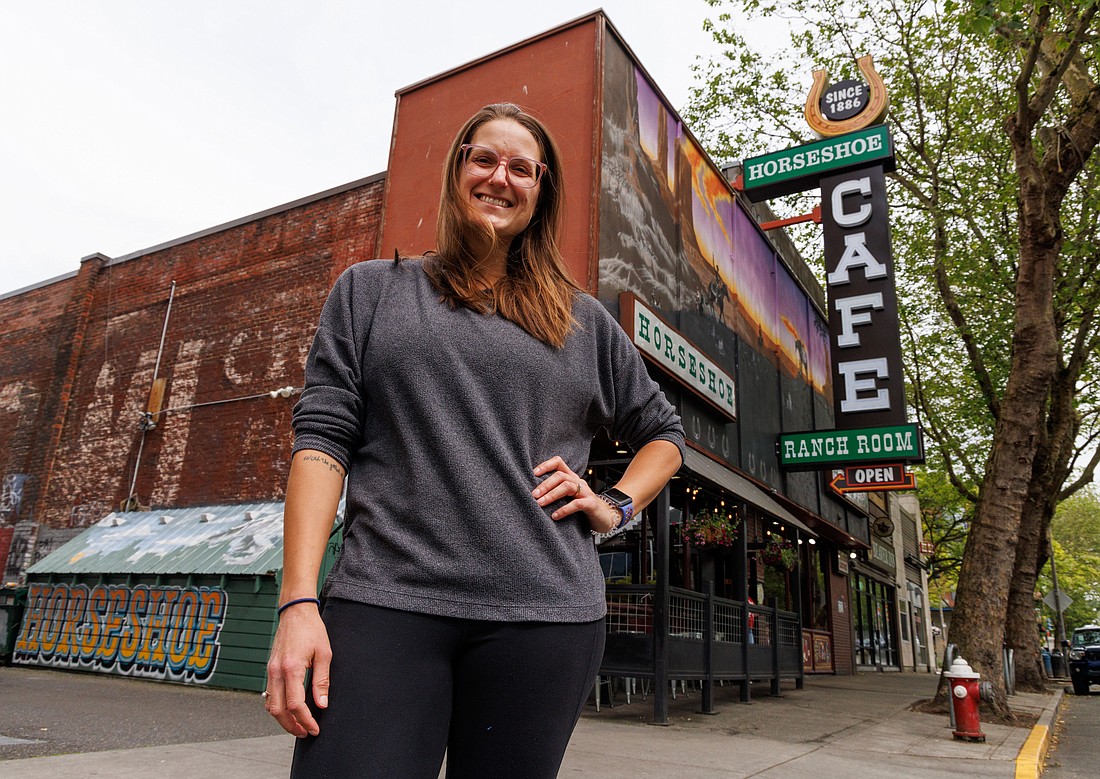 For a restaurant to stay in operation for 136 years, it's going to need a little luck.

Maybe the Horseshoe Café in downtown Bellingham has gotten a boost over the decades from its good-luck charms: the various signs representing its namesake horseshoe. The eatery, which opened in 1886, is widely regarded as the oldest restaurant in Washington state.

The old dining and drinking spot at 113 E. Holly St. added a new touch earlier this month, when Signs Plus replaced the café’s 1950s outdoor sign with a modern version that evokes its predecessor, with the vertical letters that spell “cafe” and the horseshoe at the top.

Co-owner Kate Groen decided to make one significant change: The horseshoe’s heels point up now, breaking with more than a century of tradition.

“Apparently, we must be more superstitious,” Groen quipped.

Actually, the superstition goes both ways. While people in Groen’s camp like their horseshoes with the heels pointed up, to hold good luck, others believe luck spills into a business from an “upside-down” horseshoe.

The luck never did run out of the old sign. After all, it managed to stay in place for decades despite not being as structurally sound as it needed to be.

Signs Plus Project Manager Sydney Sutterfield said the old sign would not have passed inspection under current city codes. Signs Plus had to figure out how to properly attach the new sign to the actual brick wall of the building, which sits two feet behind the Western-themed mural on the restaurant’s facade.

“A big bracket that goes back to the brick holds all the weight,” Sutterfield said.

Other features can be more readily appreciated by passersby, including the LED lights that replaced the old neon and can be set to any color of the rainbow.

“I think we’ll do Pride for June, and we’ll figure it out from there,” Groen said.

A colorful new sign could help bring in business, but Groen might not need any luck to maintain the Horseshoe’s success after all. Unlike some area restaurants, Groen’s business survived the pandemic by transitioning to take-out only during lockdowns, and getting some federal assistance through the Paycheck Protection Program. Now, the place is even busier than it was before the pandemic.

“It’s picked up like crazy,” Groen said. “Bellingham has been doing so many events. We’ve been getting more business than we can keep up with.”

The horseshoe atop the new sign will try to hold all that good fortune in place.