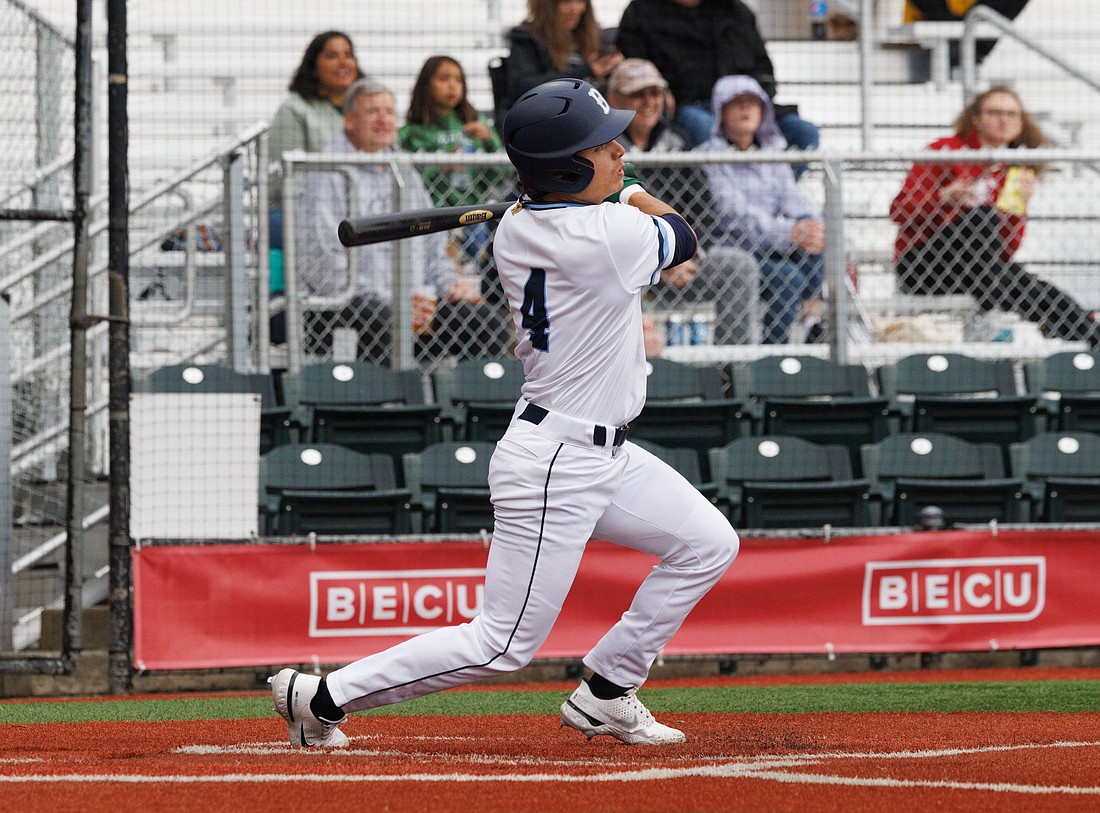 After dropping a three-game series to the Kamloops NorthPaws, the Bellingham Bells responded with a six-game winning streak against the Wenatchee AppleSox last week.

In doing so, the Bells reclaimed first place in the North Division of the West Coast League with a 10-4 record.

The Bells played two series against the AppleSox last week with one at home in Bellingham and the other on the road.

Gavin Schulz brought in a run on an RBI double and later scored on a wild pitch, while Elijah Hainline scored on an RBI groundout from Jared Bujanda to put the Bells ahead 3-0 in the third inning.

Schulz, Hainline and Bujanda each later scored runs in the fifth inning. Bellingham scored another run in the seventh to cap things off for the offense. 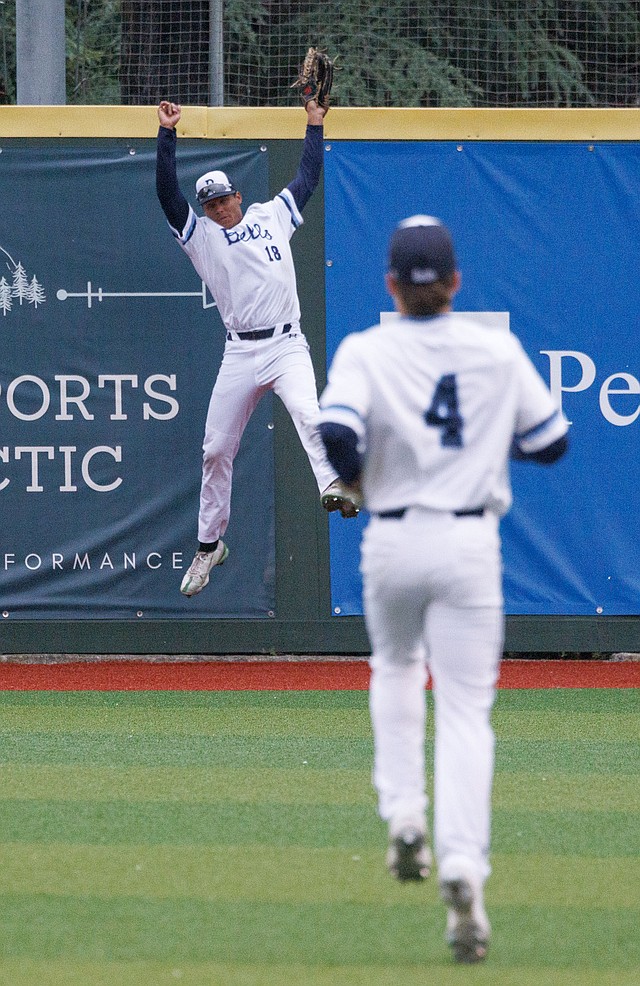 Hope earned the win on the mound and Jack Erdman pitched three innings of scoreless relief.

Schulz had the difference-maker in the second game of the series on June 15 as he launched a ball over the fence for a three-run home run in a 4-1 win over the AppleSox. Scoring all four runs in the second inning, the Bells' fourth run came on an RBI single from Willis Cresswell that allowed Christopher Campos to score.

Starting pitcher Randy Abshier pitched three scoreless innings for the Bells, but Nate Clow picked up the win with two innings pitched while Campos notched the save.

The Bells closed out and swept the series with a 5-0 shutout of Wenatchee on June 16. Josh Trujillo brought in a run on an RBI single to get the Bells on the board early in the first. 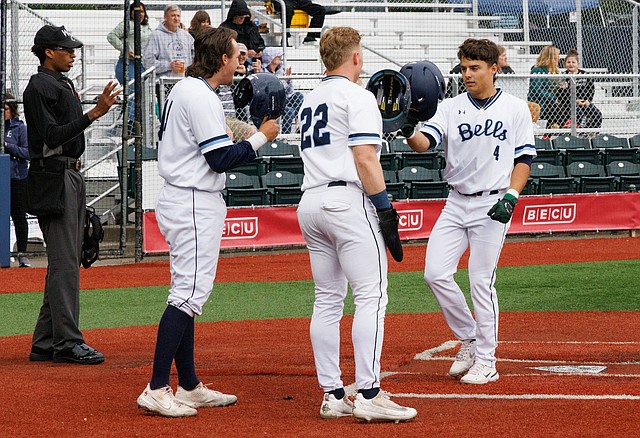 Bellingham wouldn’t score again until the bottom of the seventh inning when the Bells pushed four more runs across to put the game away.

Hainline ripped a single to left field that scored two runs and Jace Phelan reached on an error that allowed two more runs to cross.

The Bells’ fourth consecutive win against the AppleSox, this time in Wenatchee on June 17, was a 6-4 victory where Cole Hage showed off his power, belting two solo home runs.

Wenatchee outfielders bounce off each other while running for the catch. The Bellingham Bells beat the Wenatchee AppleSox 4-1 at Joe Martin Field on June 15. (Andy Bronson/Cascadia Daily News)

Following suit with their previous four games, the Bells recorded their fifth straight over the AppleSox with a 6-3 victory the next night on June 18.

Van Remortel and Jacob Schroeder both hit home runs in the win. Van Remortel’s home run came in the top of the fifth inning with two runners on and brought the Bells’ lead to 6-2.

Bellingham ended its beatdown of Wenatchee in style Sunday, June 19, in a 10-2 rout of the AppleSox. 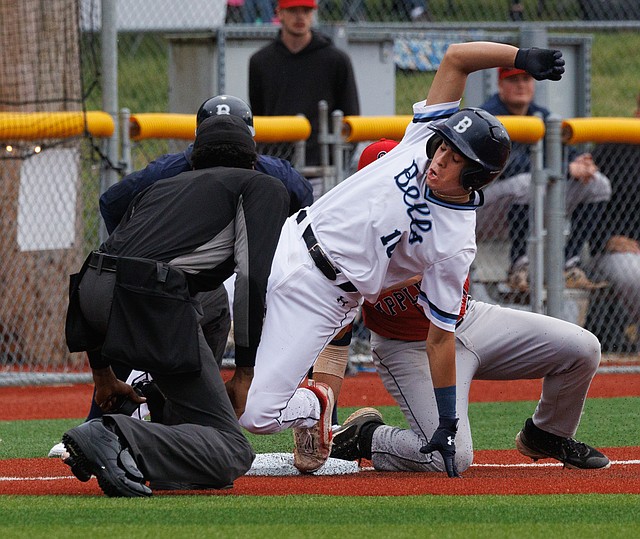 The Bellingham Bells’ Christopher Campos beats the tag as the Bells took the victory against the Wenatchee AppleSox. (Andy Bronson/Cascadia Daily News)

Austyn Coleman picked up his first win on the mound this season in a five-inning effort, allowing one run with four strikeouts.

The Bells scored six runs in the first inning alone and recorded 12 hits as a team in the win.

Bellingham returned home following the back-to-back series sweeps against Wenatchee. With six straight wins, the Bells improved to 10-4 with a firm hold on first place in the division standings before the Port Angeles Lefties come to town for a three-game homestand June 21–23.