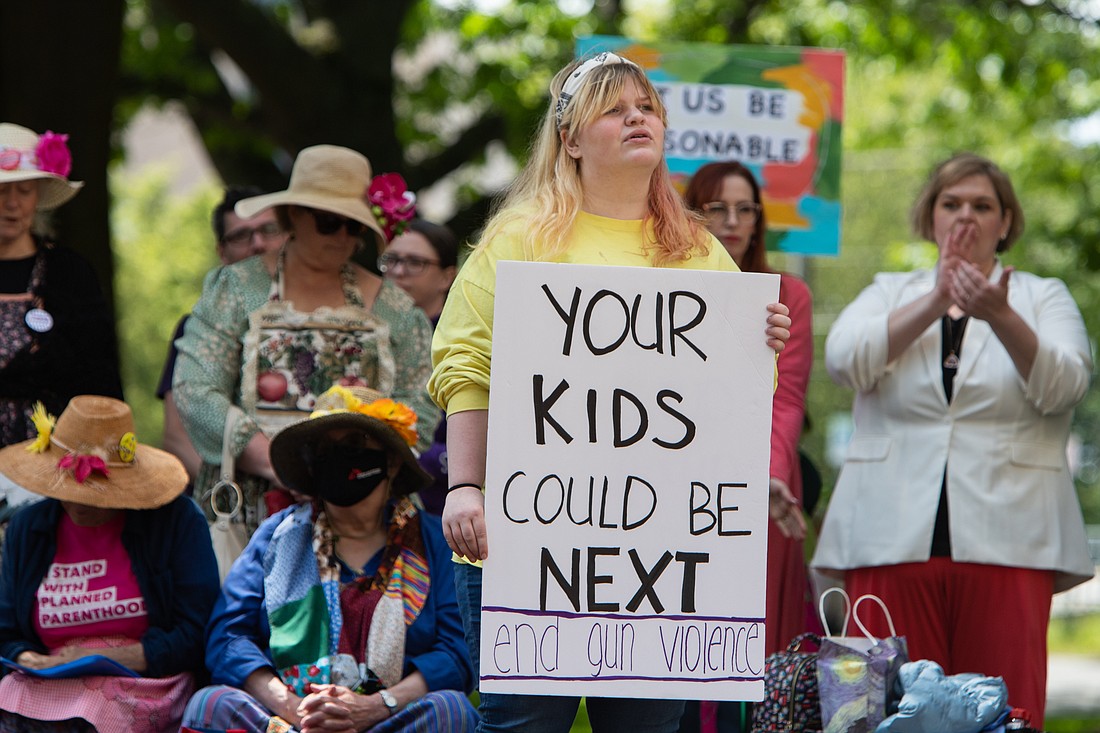 Dalaynee Jo Nord, 17, attends the March for Our Lives protest outside of Bellingham City Hall on June 11. Nord, a Bellingham Technical College student, spoke to the crowd about her life as a student and the fear she feels of school shootings. (Hailey Hoffman/Cascadia Daily News)
By CHARLOTTE ALDEN
Staff Reporter

Part of a slew of March for Our Lives protests nationwide this weekend, speakers at the Bellingham protest at 210 Lottie St. called for national gun reform and a ban on assault rifles in Washington state. Last month, a gunman killed 21 children and teachers at Robb Elementary School in Uvalde, Texas, sparking renewed gun control protests nationally.

“We stand together with purpose, to work together towards creating safer communities, to work towards reducing gun violence, to say no to the status quo,” said Paul Kramer, a gun control activist.

Washington state has some of the most stringent gun safety legislation in the country, but advocates said more can be done. 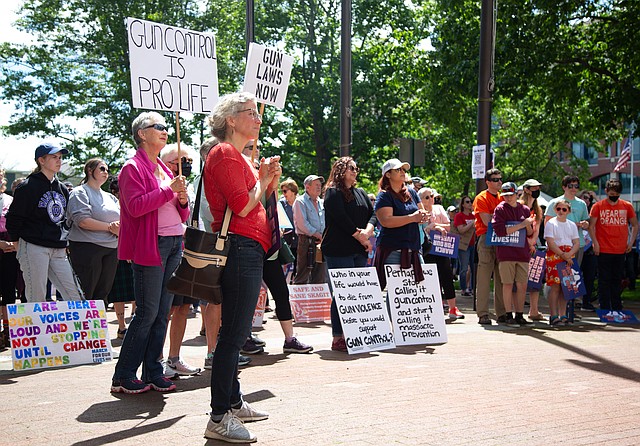 In 2018, Washington state voters approved the passage of Initiative 1639, a legislative package that raised the minimum age to purchase or possess AR-15-style, semi-automatic assault rifles to 21. The initiative also instituted enhanced background checks, safety training in advance of purchase and incentivized safe storage of all firearms. Recently, the state also passed a ban on the sale of high-capacity gun magazines

Speakers at the rally praised these “common-sense” measures and argued they’re needed nationwide.

Kramer said personal experience inspired his gun-control activism. He almost lost his son to gun violence in 2016, in a shooting where a gunman killed three teenagers, he said.

“My heart goes out to all the families who lost their children, and all the people affected by the excessive, intolerable amount of gun violence present in our American culture,” Kramer said. 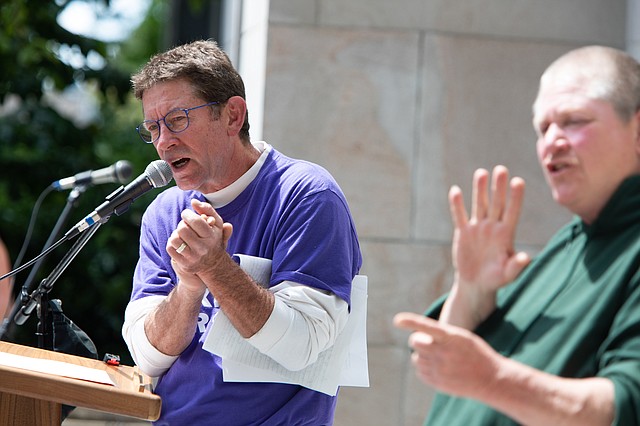 Dalaynee Jo Nord, a 17-year-old student working on her GED at Bellingham Technical College, said she first became aware of school shootings as a child when a gunman killed 20 children and six staff members at Sandy Hook Elementary in December 2012.

“I was 8 years old,” Nord said. “From that point forward, I couldn’t go to school without thinking about how anytime anyone …  could come in through one of the unlocked doors and kill us all.”

Audience members and speakers said they were distressed by children having to go through active-shooter drills in school. The crowd broke into cheers of “It’s not OK!” after a woman broke into tears talking about her 9-year-old child taking part in one of those drills.

“Our children are being traumatized by these live-shooter drills,” Kramer said. “Our children are growing up in the age of these school shootings … not knowing when it could be their school or their classroom.” 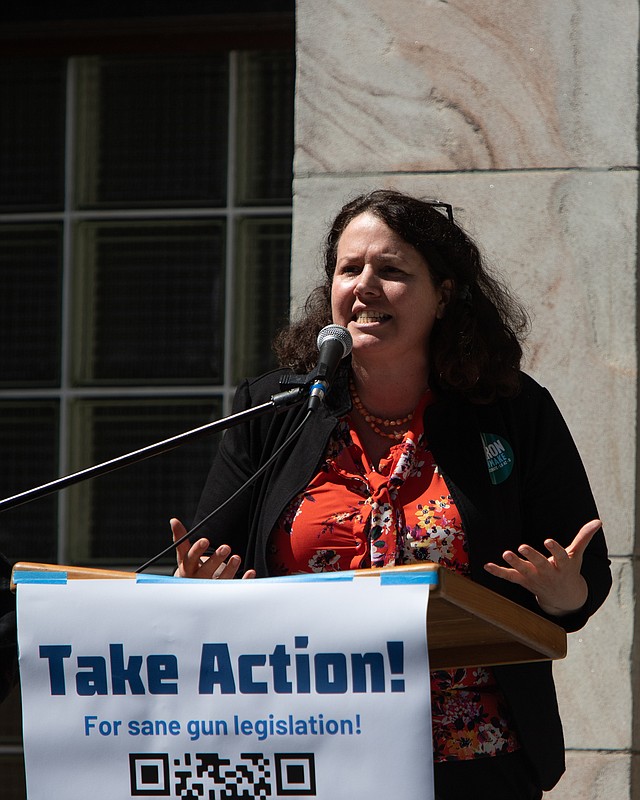 Rep. Sharon Shewmake speaks last to the crowd about the need for gun control and for voting in the upcoming election. (Hailey Hoffman/Cascadia Daily News)

Rule spoke of the need to unite across party lines.

“We cannot afford partisan bickering,” Rule said. “Let this be a time we come together for one cause, which is our children.”

But Ramel argued it is essential to vote for Democratic lawmakers to pass more gun-safety laws in the state Legislature.

“Next year we can, and we should, become the next state to pass an assault weapons ban,” Ramel said. “It’s time.”

A previous version of this story stated Sharon Shewmake was running for reelection to the Washington House of Representatives. She is running for state Senate in the 42nd district. The story was updated to reflect this change on June 12, 2022, at 10:25 a.m. Cascadia Daily News regrets this error.