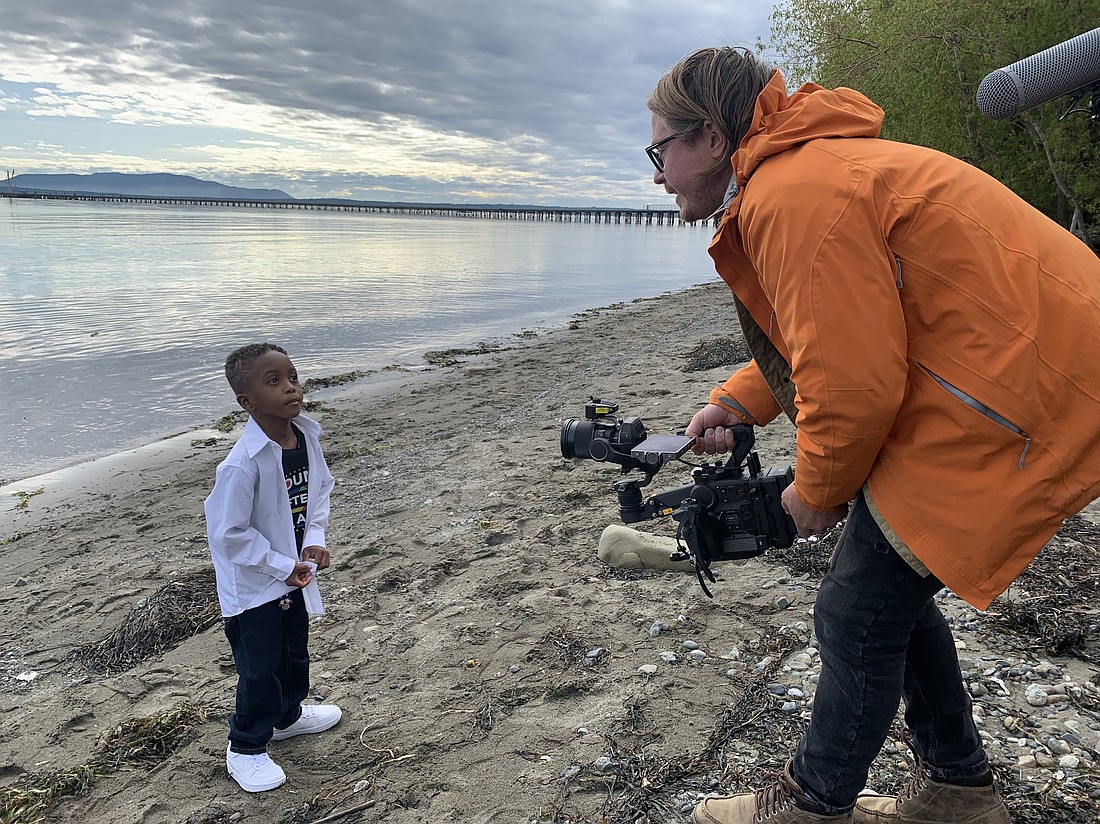 When a group of Black community leaders came together to film a video in Whatcom County about Juneteenth, the mood was often somber. Director and editor Remy Styrk said a lot of trauma surfaced in the space while filming.

“It became a space of heaviness, but it was collective heaviness,” said the 23-year-old, New Jersey-based Black filmmaker and musician, who has a family connection in Ferndale.

Juneteenth, which falls on June 19, is the commemoration of the ending of slavery in the U.S. Last year, President Joe Biden declared it a national holiday.

The people involved in the filming fostered “a level of trust that was almost heartbreaking,” Styrk said, and opened up about their own experiences with racism. “Emotionally it was a lot to process, but it’s the work that needs to be done.”

The result of those moments of heaviness is the 10-minute Juneteenth Video Project, to be shown in some local classrooms ahead of the end of the school year. Only Ferndale and Mount Baker school districts have signed on so far, but Anya Milton, who is Styrk’s cousin and the executive director of the Ferndale Chamber of Commerce, said she sent an invitation to discuss the project to every superintendent in the county. The video will also be available online on June 13. 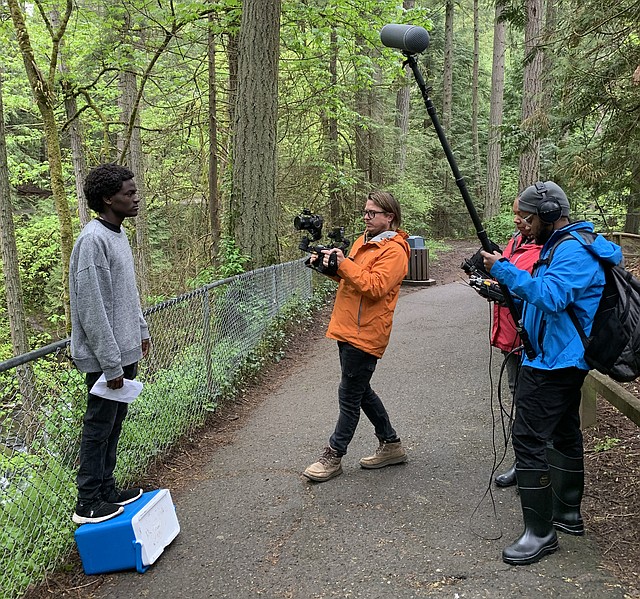 Spearheaded by Milton and Connect Ferndale, a program of Ferndale community services, the project brings together nine students and six community leaders, including Kristina Michele Martens, the first Black woman to be elected to the Bellingham City Council, as the creative director, and Blaine Police Chief Donnell “Tank” Tanksley, who participated in the project on his day off.

The goal of the project is to educate people on Juneteenth, but also to “shed light on how deep racism really is and how the progress we think we’ve made is all surface level,” Styrk said.

Martens said the placement of this video in Whatcom County classrooms is essential.

“This seemed like the first step in really having the community engaged in the conversation and being able to give our predominantly white classrooms and white teachers in Whatcom County an avenue and an artifact that they can share in their classrooms [on] … what it means to be Black in America,” Martens said. 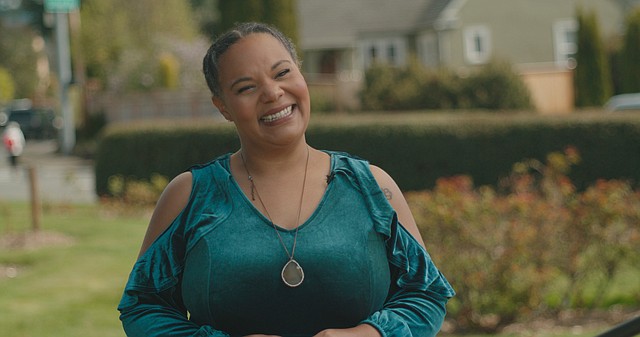 Kristina Michele Martens, the first Black woman to be elected to Bellingham City Council, was the creative director of the Juneteenth Video Project. (Photo courtesy of Anya Milton)

Participants said their involvement in the video allowed them to reflect and heal from those past traumas.

“Most of my family originated in the state of Mississippi back in the 1800s, and so my family has, unfortunately, a long history of being subjugated to very dark times,” Tanksley said. “Knowing that actually hurts.”

Martens said she spent a lot of her life being told by white people that her anxieties and worries were all in her head.

“To be working on this project, to be in community, to have so many sponsors come out and say ‘We see the value in this work as well,’ was just another reinforcement of, it's not all in our heads,” Martens said.

Martens said she hopes this helps people of all ages understand the systematic racism that the U.S. was founded on. She also hopes the video encourages more individuals to listen to the stories of Black people.

“I really do hope peoples' takeaway is, 'Black Lives Matter' isn't just a chant or a slogan or a sign that you get to put up and decide that you’ve done your duty,” Martens said. “You have to listen to us. You have to hear our stories to get the full picture.”

The video’s trailer is available online.