1954 building to be demolished for new facility this summer 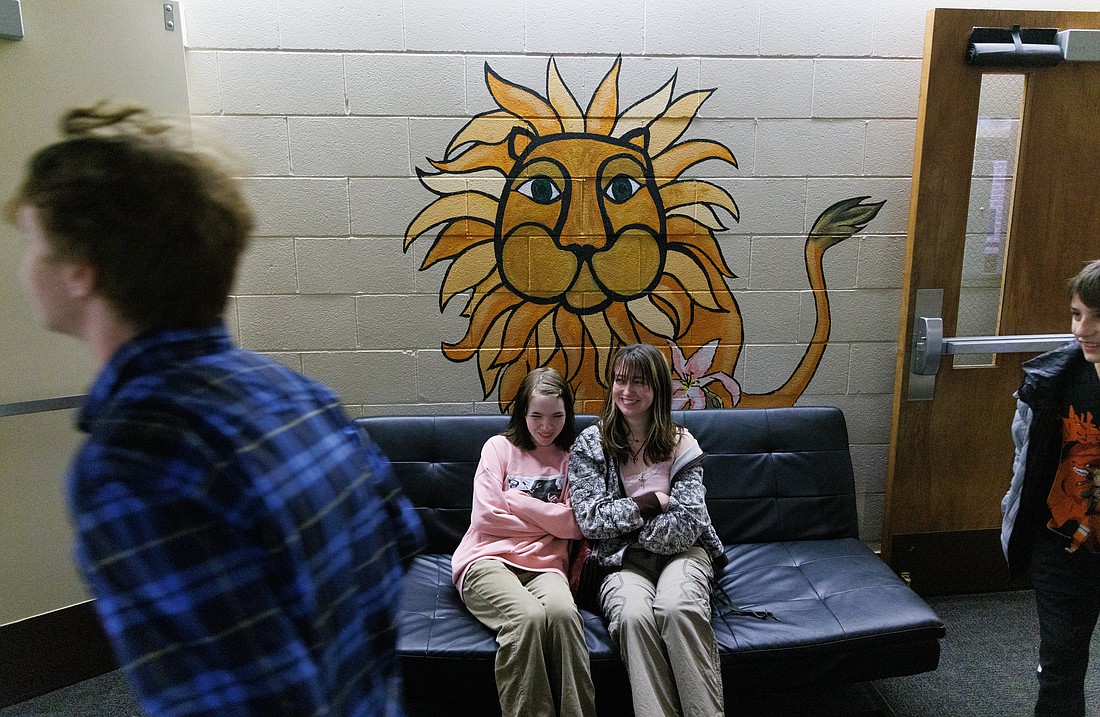 Former Sunnyland Elementary students Ryn Clark and Lolo Goodenough sit on a bench below a lion during an open house tour of the school on June 9. The School will be torn down this summer to make room for the new school, currently under construction. (Andy Bronson/Cascadia Daily News)
By CDN Staff

Former students and teachers meandered through the halls of the original Sunnyland Elementary School one last time Thursday.

Thousands of students have roamed the halls of the building since it was first built in 1954.

This summer, Bellingham Public Schools will demolish the building and transition students into the new facility being built on the backside in August 2022.

The project is funded by a school bond and construction began in May 2021. 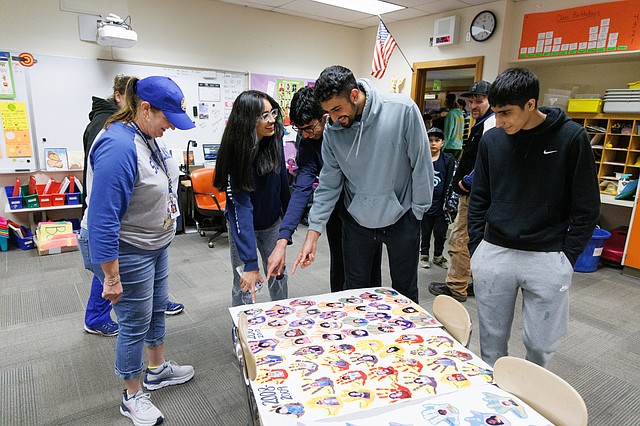 Devin Delay, in grey, and Vishal Cheema point at their photos from 2009–2010 as their former teacher Laurie Decker, left, looks on during a tour of Sunnyland Elementary on Thursday. (Andy Bronson/Cascadia Daily News) 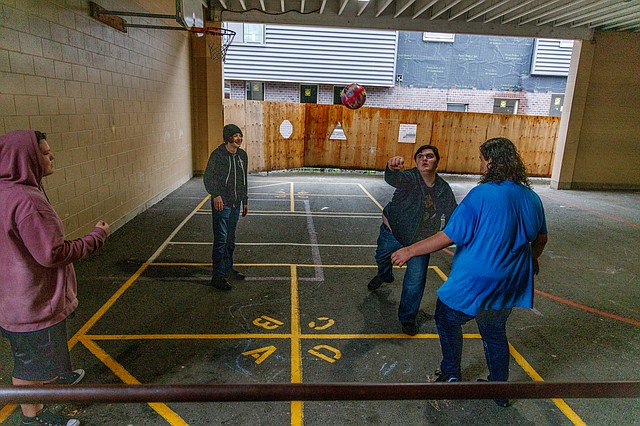 With the new school under construction behind them, Gavin Alpert,16, hits the ball as he and other former students play foursquare in the covered playground at Sunnyland Elementary. (Andy Bronson/Cascadia Daily News) 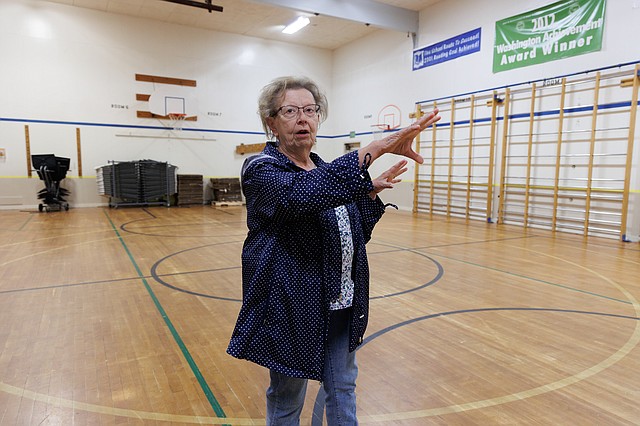 Standing in the gymnasium, Loxie Fiedler talks about Sunnyland school, which she attended in the 1950s. (Andy Bronson/Cascadia Daily News) 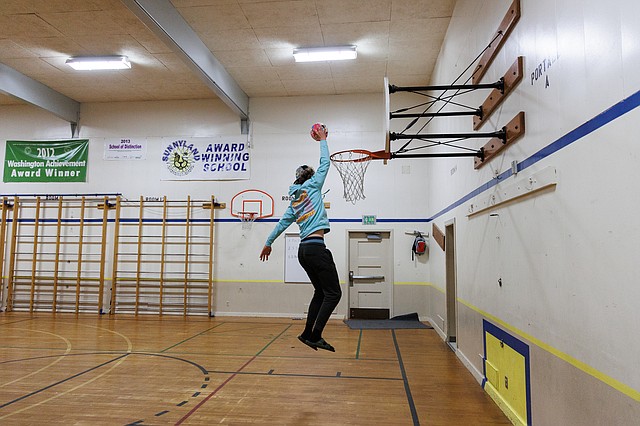