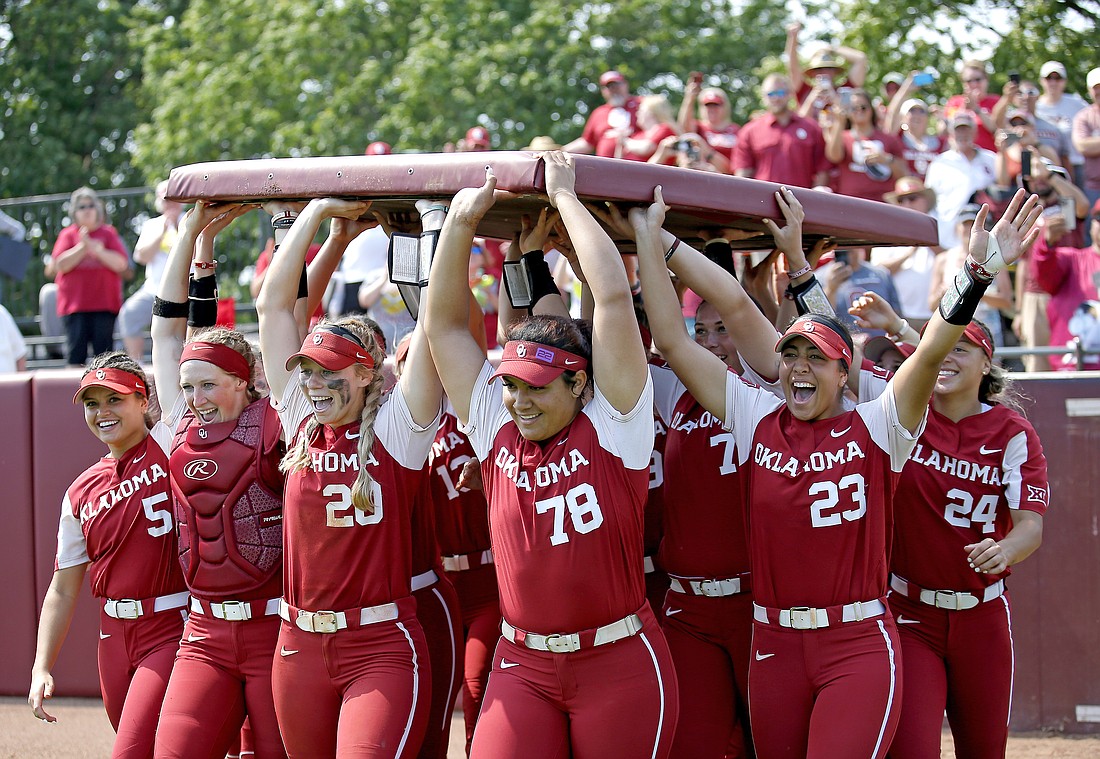 OKLAHOMA CITY — Oklahoma is back to try to defend its national championship at the Women’s College World Series.

The top-seeded Sooners beat Central Florida in Super Regional games on Friday and Saturday to qualify and will face Northwestern in their World Series opener Thursday in Oklahoma City.

Oklahoma has won four of the past eight national titles under coach Patty Gasso and beat Florida State to win it all last year. Oklahoma’s biggest star — slugger Jocelyn Alo — is the reigning USA Softball Collegiate Player of the Year and the Division I career home run leader.

Northwestern rallied to beat Arizona State 8-6 in Game 3 of its Super Regional on Sunday night to set up the matchup with the Sooners.

Florida is the only member of the often-dominant Southeastern Conference to qualify. The 14th-seeded Gators routed No. 3 Virginia Tech on Sunday 12-0 in Game 3 of their Super Regional.

UCLA, which has the most NCAA titles with 12, qualified by beating Duke in both Super Regional games. The Bruins will play Texas on Thursday. The Longhorns upset No. 4 seed Arkansas in three games in Super Regional play.

The bracket hasn’t gone as planned, as No. 2 seed Florida State, No. 3 Virginia Tech, No. 4 Arkansas and No. 6 Alabama failed to qualify for the World Series.