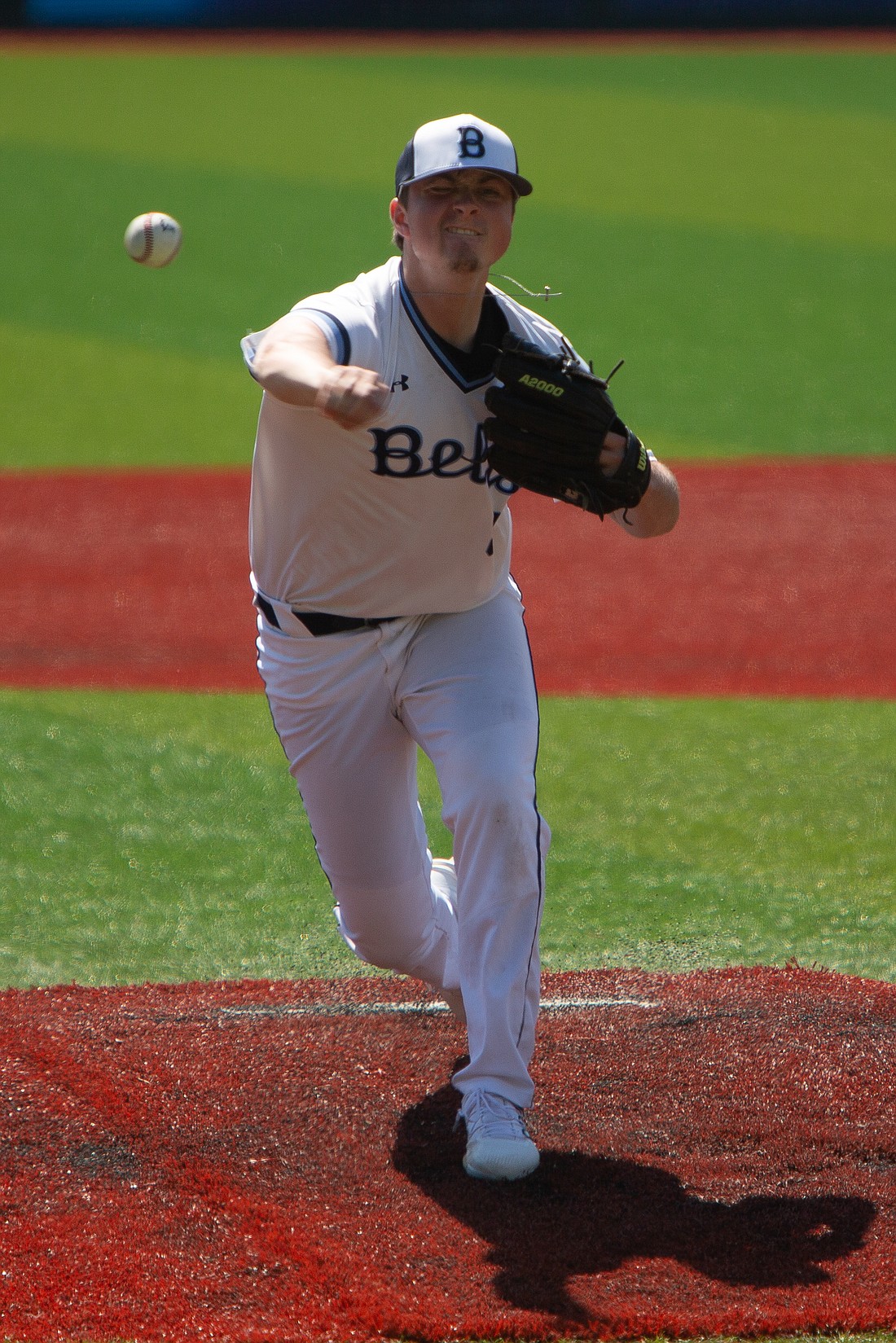 The Bellingham Bells looked more like themselves last week, winning two series with a 4-2 record for the week.

Bellingham’s offense came to life July 19 against the Victoria HarbourCats in Canada. Elijah Hainline led off the game with a home run to put the Bells ahead early.

The Bells’ offense was quiet until a five-run fifth inning put Bellingham back out in front 6-4. Victoria responded, tying the game in the sixth inning, but the Bells answered right back with three runs in the seventh inning and later hung on for the 9-6 win.

The second game of the series ended in a Victoria walk-off in extra innings. The HarbourCats' 9-8 win over the Bells was capitalized by an RBI single that ended the game.

Trailing 3-0 in the fourth inning, Touissaint Bythewood brought two runs in on a fielder’s choice and error. A steal of home by Jaidon Matthews tied the game later in the inning.

Bellingham took the lead in the fourth on a two-run double from Colin Blanchard. Blanchard scored the Bells’ sixth run of the inning on a Cody Russell sacrifice fly.

Two more runs in the sixth had the Bells’ lead at 8-5, but it wouldn’t be enough. The HarbourCats tacked on a run in the eighth to get within two runs before tying the game in the ninth and the eventual winning hit in the 10th.

An offensive explosion and rout of the HarbourCats gave the Bells a 16-6 win, and series win, in Bellingham’s last game in Victoria. 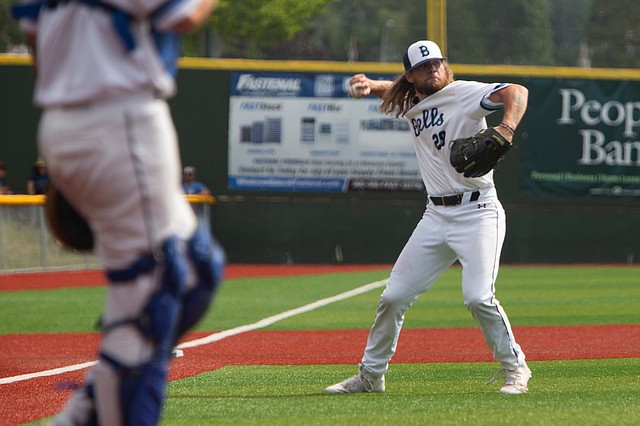 Bellingham Bells pitcher Aidan Rodell throws the ball to first base for an out during a home game against the Kelowna Falcons on July 24. The Bells lost 11-6 in 14 innings. (Hailey Hoffman/Cascadia Daily News)

Hainline and Jace Phelan each hit home runs, but an all-around team effort resulted in six runs in the fourth and seven runs in the seventh to complete the big win.

Bellingham came back home for a three-game series against the Kelowna Falcons, July 22–24, winning two of three games.

Starting pitcher Shane Spencer tossed six scoreless innings, allowed only one hit and struck out nine batters in a 6-1 win in the series opener July 22 to earn the win on the mound for the Bells.

Trailing 2-1 in the seventh inning of game two of the series, the first three Bells’ hitters reached base, loading the bases for the rest of the lineup.

Blake Conrad followed with an RBI single to tie the game and a Malcolm Moore sacrifice fly gave the Bells a 3-2 lead. Bythewood had the big hit of the inning with a two-run triple, and later scored for a 6-2 Bellingham lead.

The Bells couldn’t complete the sweep of Kelowna in the series finale, falling 11-6 in 14 innings.

Easton Amundson’s two-run homer in the first inning and an RBI walk by Ty Saunders gave Bellingham an early 3-0 lead. That’s all the offense the Bells would get until the seventh inning when they were trailing 4-3.

Moore connected for an RBI single to tie the game in the seventh. Bellingham couldn’t push any more runs across to take the lead and the game went to extras.

With an extended road trip to Canada in front of them, interim head coach Haydan Hastings opted to save the arms in the bullpen and put Phelan on the mound in the 14th inning.

The Falcons scored five runs that inning for an 11-6 lead and later put an official stamp on the game in the bottom of the 14th, handing the Bells the loss.

Bellingham’s final road trip of the regular season is set for Tuesday through Sunday, July 26–31, against the Nanaimo NightOwls and Edmonton Riverhawks.